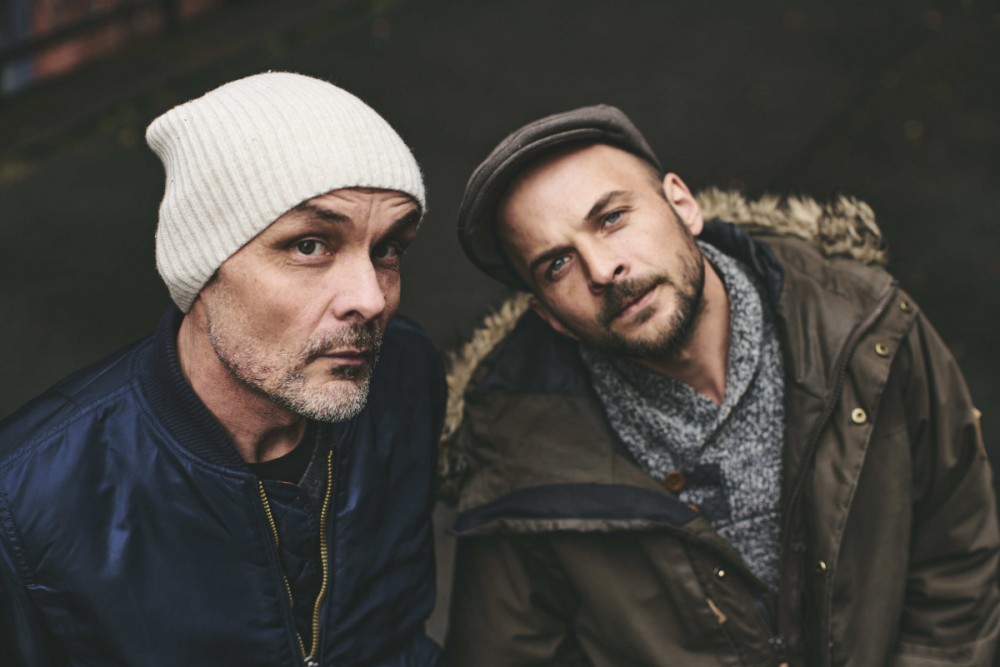 Nils Frahm & F.S. Blumm have released their new album 2X1=4. The fourth collaborative album between the two of them, the seven tracks explores ambient dub worlds that have been they often occupy on their own and will come together to create,

The LP comes conspicuously the week that dub pioneer Lee “Scratch” Perry died. Blumm is the co-founder of Quasi Dub Development and his 2014 album Little-Twister vs Stiff-Neck, featured Lady Ann and Lee Scratch Perry. Frahm’s 2019 album All Encores started out very ambient, before getting a little dubbier.

The two composers and producers met in the early 2000’s. A mutual admiration for each other’s work sparked the interest and they created their first album Music For Lovers Music Versus Time in 2010. A second, Music For Wobbling Music Versus Gravity, followed in 2013, and a third, Tag Eins Tag Zwei, in 2016.

Now they have created 2X1=4 with a different sonic palate, but in the same era as Tag Eins Tag Zwei. The final track on 2X1=4 was created as they were finishing up their third album.

“We had a certain sound in the back of our heads,” Blumm recalls, “which was influenced by these 80s rhythm machines, and we suddenly discovered a common love for dub.” Then the album started to take shape in 2016 during improvisation sessions on two-track cassettes.

“None of this is too serious. The record is only as much of a dub record as the ones before are jazz records,” explains Frahm. There are notes of dub sprinkled in throughout that help guide the drums and percussion like on “Raw Chef,” but soft, almost jazzy ambient compositions are the bedrock of this project. The 13-minute epic “Sarah & Eve” is the best snapshot of the LP with soft dubby production, with distant, echoing saxophone and organs drawing you into its hypnotic daze. The songs are long and drawn out, oscillating between the coldness of a long winter night and the warmth of a new spring day. It manages to fit with the fall months approaching quite quickly.

Get your copy of the album here via LEITER.