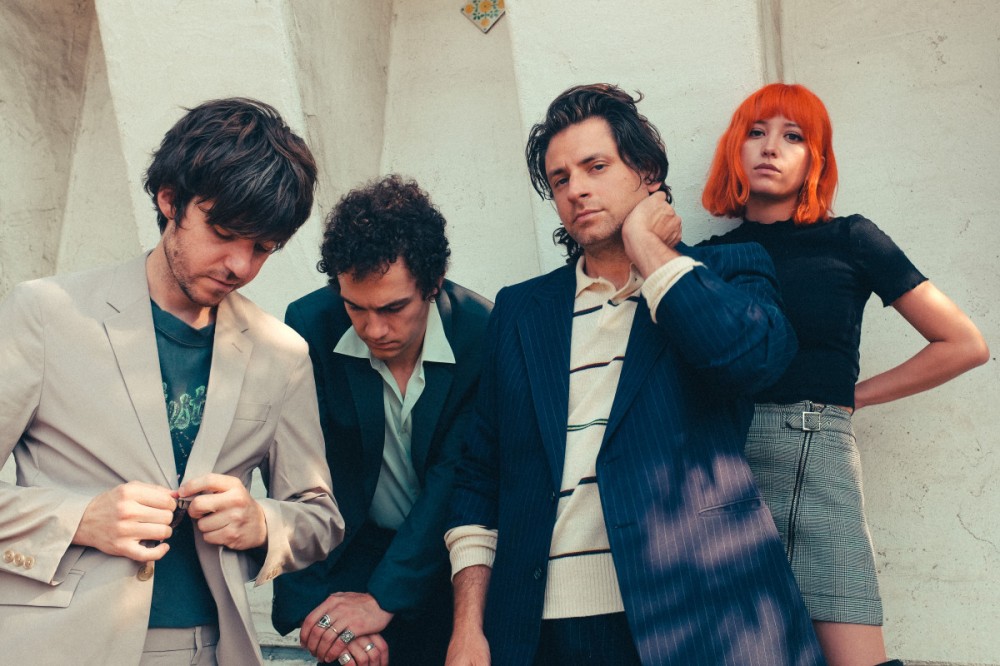 The story of Lo Moon has already been through the ringer of the music business. The band released their debut single “Loveless” in 2016 and did 70 shows before the next single was released. Having been to one of those shows, it was a little odd to see a band that had only one public single. Columbia Records had snapped them up and then the label decided to hold back on new music. The group would eventually release its debut, self-titled album in 2018, though the label dropped them during the final stages of recording of their new album A Modern Life. That new album was released on Friday.

Now releasing the album on Lo Moon’s own Strnger Recordings, the band has gone back to growing organically, without a large machine to either promote or ignore them.

“We’ve found that media, and some radio, have come into the orbit on this album — now that we’re ‘really indie’ — that weren’t coming at us [before] with a 10-foot pole,” says the group’s frontman Matt Lowell in an interview with Variety.

They have moved away from Columbia and now sound even freer. They have been excellent at writing memorable hooks and A Modern Life continues that trend. The first two songs, “Carried Away” and their most popular single from this album, “Dream Never Dies” embodies that with the airy melodies beyond Lowell’s voice.

They embrace teenage nostalgia and the weight of what a teenager can feel on “Expectations.” “Raincoats” is the most rock and roll of the bunch with a searing guitar solo at the end. The two penultimate tracks, “Digging up the Dead” and “Eyes on the Prize” (the only explicit song on A Modern Life), get a little softer before the finale “Stop” captures the mood of the album all in one go.

Lo Moon is free and putting out the music that fits them the best. The group avoids the dreaded sophomore slump, despite the circumstances surrounding the business side of this. A Modern Life embraces the challenges in life and puts it all together in a melodic blend of indie rock, soaring pop and dream-pop. Get your copy here.

The band is also going on an extensive tour this spring and early summer, first supporting The War On Drugs in Europe and then around the United States and Canada in May and June. Head to their website for details.