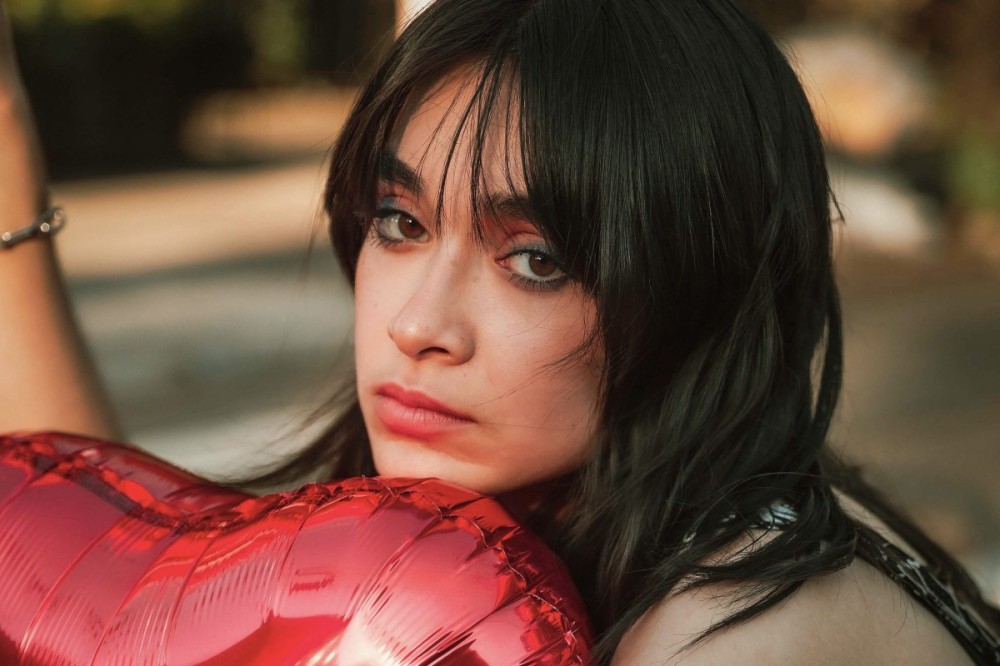 At least it helps her make good music, I note. She laughs and nods...

"And it becomes a problem. I'll worry about it then."

Armed with a fringe haircut, firework vocals, and her Queens roots, Zoe Ko is a 21-year-old singer-songwriter whose bangers make love a little less unnavigable. Her Spotify bio invites listeners to "Come here when you feel like sh*t." And her latest single is already stuck in my head.

This one's on the rise. Read on to have all your Zoe Ko questions answered.

Zoe Ko's latest single, "Til U," is heartbreak set to a poppy pulse.

Dramatic claims are a love-gone-wrong song staple (think Conan Gray or Olivia Rodrigo), and there's no shortage of them in Ko's track. Among other bold statements, Ko wistfully recalls a lover's words that "tast[ed] like bliss," declares she's been "left with a heart [she doesn't] want anymore," and, thinking back to her pre-relationship world, pines for "the feeling of never feeling love."

"It's kind of like me finally letting myself like explode and say all the shit that I was feeling," Ko said.

It goes without saying that this one belongs on your punchy playlist.

What Genre Is Zoe Ko?

What Songs Has Zoe Ko Released?

After experimenting with genres such as bluesy rock and afro pop, "Line" was the first song Ko felt fully aligned with her musical identity.

Here's the official music video—directed, edited, and styled by Ko herself.

How Does Living In New York City Affect Your Music?

Ko grew up in Queens and studies at the Clive Davis Institute for Recorded Music (a part of New York University's Tisch School of the Arts). She's one of millions of NYC singers, I pointed out—but she said that doesn't bother her.

What Would You Like To Change In The Music Industry?

For instance, while Ko has a great relationship with managers Harry Marsh and Ava Solomon, she knows many artists who don't. The increasingly-DIY nature of music creation is on Ko's mind, too.

"We all have to wear just like so many hats that we didn't really necessarily sign up for," Ko said. "And, like, some people are built for that and really enjoy it and some people like, don't and just like, have to."

After three years in the biz, there's no cure-all plan in Ko's pocket. But she's hopeful.

When Do You Think You Will Feel Like You've "Made It" In The Music Industry?

Ko's hopes are high, but given the current music economy, her expectations are modest.

Ko would feel like she's "made it" if she finds herself performing as an opening act for one of her favorite artists.

Which begs the question...

Who Is Your Dream Collaborator?

"Oh, man. That's crazy. No one's actually asked me that," Ko responded. "Specifically, Conan Gray and, like, Olivia Rodrigo. But like—all three of us. I think we'd be like a little like, half Asian trio, because we're all half Asian."

Ok, Conan and Olivia—you've got an invite.