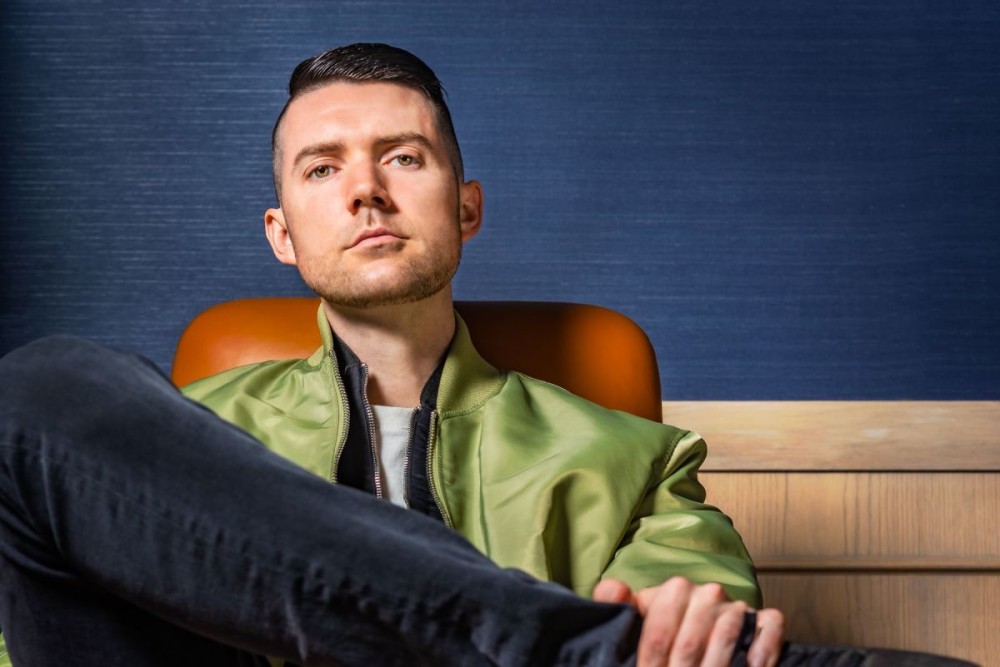 Simon Doty, most recognizable from his releases on labels such as Anjunadeep and Purified, has taken the next step in his career with the start of his own label: RECESS.

We had a chance to talk with Simon Doty about why he started RECESS, what makes Recess different from the other labels,

All quotes are taken from an interview with Simon conducted in the days leading up to the launch of the label's first release; which you can hear below.

The Beginnings Of RECESS

Simon Doty saw the opportunity to start RECESS after his party, under the same name, found a ton of success. This spurred Doty to start thinking seriously about what the next steps would be.

The earliest ethos of RECESS is to simply be a platform and soundtrack for the music Simon was already playing at the Treehouse events.

But with this foundational concept in place, the ideas quickly turned into something so much more for him.

"It's also important for an artist, after a certain amount of time, to start giving back to other artists and help boost the artists who's music I play."

Simon is by no means the first artist of his caliber to break from the established labels to start his own imprint. Acts like Yotto, Lane 8, and many more within Simon's niche have all found incredible success in doing so.

This means the future is bright for Doty and the acts he is bringing into the fold early on.

When asked about which artists Simon Doty is looking to sign early on, he was in no short supply of incredible talent.

All of the early acts Simon is championing share a similar quality, which Simon put best in his words by saying:

All of the artists and releases that we have set for release are a perfect balance of clubby music that is also easy to listen to and super melodic. This is is exactly the sound we are trying pioneer in the industry.'

With so many artists and labels vying for the spotlight and attention, it can be tough for anyone to really cut through the noise. But Simon has found a unique lane in which the music on RECESS will find its home; one this he believes is being underserved in today's industry.

'Right now there is a huge hole in club music... there's guys like Tale of Us on one end and guys like Lane 8 on the other. But there was always this style of music that was right in the middle of that that fit into the style of club music from a day gone by... We've jokingly called it 'credible club'... around 2012-16 there was a really good range of music that will an influence on what we are aiming for now.'

This 'credible club' harkens back to the driving, punchy, melodic sounds of labels like Suara and others. Dance music of that era has a certain timeless quality to it that often seems lost nowadays.

Doty dove a little deeper by pinpointing the audience he's hoping to target with the releases on RECESS. While many labels are looking to cast a wide net and release music that is of the lowest common denominator when it comes to the tastes of the audience, Doty's RECESS is looking for something a bit more mature and refined

'We are trying to create music that isn't necessarily the lowest common denominator type of music but that is still done in a fun way that targets people who have been in the game a little bit longer and have gone down the rabbit hole a bit further."

What Is Recess Looking For In Demos?

To execute on the visions outlined above, Doty and his team at RECESS are looking for a very specific sound in the music they release and those looking to send them demos should be well aware of these specifications.

Because popular streaming services, for better or worst, have heavily affected the taste and dynamics of the music labels are releasing. This is a move that Doty is markedly trying to counter with the music he champions.

If you are looking to send demos into RECESS, Doty went on to offer some advice that just might elevate your odds of catching his attention.

"Don't be afraid to be different. There is so much music coming out that sounds like certain things. It sounds cliche, but we are looking for people who have already generated a unique sound or are pulling unique influences... that's what labels, at the end of the day, are always looking for"

What Music Is Simon Doty Not Looking To Sign?

Record labels have a specific sound they are after, and RECESS is no exception. And even the most talented music producers will waste everyone's time and energy if they submit music that doesn't align with the label's sound and vision.

This is doubly true with RECESS, whose sound, as Doty has explained in depth, is very unique and focused.

"We are not looking for music that is overly musical. I love listening to that style, but it's important for us to separate ourselves from other labels, like Anjunadeep, that I'm associated with. We want RECESS to be it's own thing."