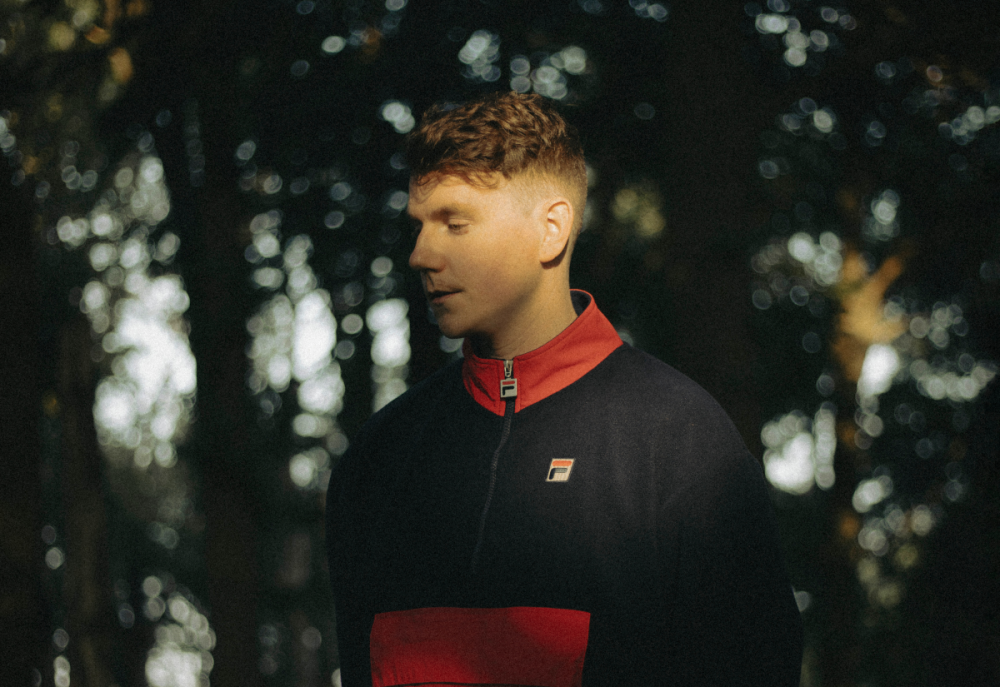 Irish producer and artist, Jack Casey, better known as EMBRZ, released his debut album on September 3rd on Lane 8's label, This Never Happened. We've followed his SoundCloud journey, remixes for The 1975, and his Endless Drive mixes that provides an excellent musical companion during long drive. His new album, Moments, is an ethereal and vocally-empowered journey. We got him to dive into the album track-by-track, explain how it was written during a pandemic and how isolation, missing people you care about, and thoughtful collaboration shaped the direction and feel of the album. Get your copy of the LP here and listen as you read.

Right towards the end of 2020, Ireland went into another strict lock down. It was a bit heartbreaking because we had just reopened and I thought things were going to go back to normal. In order to stay sane, I decided to get out of Dublin, rent an Airbnb in this remote town in Donegal and focus on writing an album. It was an optimistic pursuit, but I thought since I have all this free time, why not give it a shot. I lived pretty much by myself for 3 months, barely seeing or speaking to people, maybe just the lady who worked in the small shop down the road. I think a lot of the album captures that feeling of isolation and missing people.

I really obsessed about the order and flow of this album. It was fun to finally be able to present a project that was to be listened to from start to finish, so it was all meticulously / borderline obsessed over.

"Where You Are" always felt like the perfect introduction to the album both in terms of theme and emotion, but it never felt like an album opener. I envisioned both the start and last track to be a more alternative instrumental, each opening and closing with a sad nostalgic feeling, which was definitely a key emotion for this album. I like that weird bittersweet feeling in music, never knowing whether to be happy or sad.

One thing I didn’t want to do with this album was have 10 of the same type of track. It was important to break it up with different tempos, beats and moods; and I think "Take a breath, let's begin" sets the stage for this. The song title is fairly self explanatory, “here is the album everyone, hope you are starting with this one, lets begin…”

2. Where You Are with Lizzy Land

"Where You Are" was one of the first songs I wrote for this project and I love it. Just in terms of its simplicity, how much the lyrics resonate with the time, and getting the perfect vocalist to sing it (Lizzy Land).

Given how personal this album was, as well as not being able to meet up with songwriters, I decided to write the lyrics myself. I’ve done it before and really enjoy the process. I did have one co-writer on this album, Glen Roberts, who I’ve worked with for years. As well as being a lyrical genius, he is an absolute legend of a human being.

For "Where You Are," I wrote the foundation of the track on the piano with most of the lyrics, then jumped on a Zoom call with Glen. We would then finesse and put the vocal all together. Usually we work in person, but obviously with Covid we had to change it up, although surprisingly the Zoom calls were actually a bit of fun, especially when you throw a few beers into the mix.

I thought about singing the song myself, but I chickened out, and thought someone else would be better suited.

I was listening to Kasbo’s album and noticed he had a track with Lizzy Land ("I Got You") and remembered that I had done a writing session with Lizzy before, and that we had got on great.

I sent the track to her, she loved it, she sent me a demo, I loved it. It was one of those rare moments of “wow, this collab is perfect.” Even from the rough demo, I could tell how good the song was going to sound with her voice on it. She’s also a perfectionist and was always sending new parts, meticulously trying to improve how it sounded and it's clear in the final product.

Last year I released 3 songs that paid homage to that progressive house era (think Deadmau5 in 2008), which is the sound that made me wanna learn how to produce. I wanted at least one track like that on this album. The one thing I never did with the ‘prog house’ tracks last year was add a vocal, so that was the challenge for "Hide & Seek." Actually when I was sending over demos to Lane 8, he even suggested that a vocal over the instrumental would really bring it to life.

Similar process to "Where You Are," I wrote the bones of this song on the piano and then finished the lyrics with Glen. The song is about the need to be alone sometimes, to recharge but then also realize how much you need people in your life. I was about two months into living by myself (in lock down), renting an Airbnb to write the album. There were times I loved it, nobody bothering me, and of course times where I loathed it, feeling very isolated... All of it brought some important discoveries of it being both a good and bad thing. Go get some "me time" when you need it, but make sure you come back because being around people is just as important.

Piano is a big part of this album. It felt more natural to start on it and then bring an idea into the computer.

I was listening to a lot of movie soundtracks, in particular Max Richter. When I first wrote the chords I originally had this idea of "Stay" being just a piano piece in the middle of the album. But it just felt a bit weird and slowed everything down to much, so I developed it into a mellow house track.

I wanted at least one heavy banger for live shows, and "Need U" was the attempt. It’s funny, I really doubted putting this track on the album because it felt dark and a bit of a step away from the more emotional EMBRZ stuff. But the reaction to this song has been wonderfully surprising, with some people saying it's their favorite. I look forward to dropping it live! Would be such a sick opener for a set.

When I’m trying to come up with a vocal melody idea, I often sing into my phone and mumble melody ideas. The vocal that ended up on "Lost in Translation" is actually a random voice note mumble haha. It’s also heavily auto-tuned and pitched up an octave. It gets a bad rep, but sometimes deliberate extreme auto-tune can be a really cool effect.

I tried to change the lyrics for it but I didn’t like anything more than the demo. Even though lyrically it doesn’t make any sense, it has such a vibe to it.

I was definitely listening to a lot of Bicep / Burial at the time, and just loved exploring with that garage / early rave beat.

When I knew This Never Happened and Lane 8 were interested in the album, one of the discussions I had with Daniel (Lane 8) when I was showing him demos was that maybe it needed some more "dance" focused tracks (which I agreed with). It was hard not playing shows, cause it kinda changes the way you write music. You forget about how crowds react to those big epic dance tracks, but I tried to envision this as a track that would be made for a dance floor, a bit like "Need U" & "Hide & Seek."

This is the first time I’ve actually sang on a track! I’ve always written my own top-lines, but hid behind a better singer than me. I had been wanting someone else to sing this, but I just got so used to my vocal on it. I did suspect that a female vocal singing over it would sound cool, going for that "Oh Wonder" effect. Emily and I had been wanting to work on something together for ages and super glad she was up for being on this track.

Again, given how isolated I was living by myself during lock down, so much of this album is written about missing people and being frustrated by that. "Sleeptalking" carries a lot of this, but with this sentiment of not really being understood or wasting your time trying to explain yourself.

Lyrically, it seemed like an interesting angle to come from: what’s the point in even saying anything? I might as well be talking in my sleep. After a while, Covid life left us all exhausted. Tired of the same conversations, TV shows, location... but mostly tired of trying to explain how we felt, even though deep down we really wanted to.

I had just finished "Always There" and wanted to cleanse the palette with a classic EMBRZ chill track, one that the older fans would like. This was the last track I finished before deciding on the final 11, which was a really nice moment. I knew the album was missing something and it was this track. I also liked the idea of bringing the album to a more relaxed pace towards the end.

I don’t why, but this is my favorite track on the album. I know there are better songs but there is just a vibe to this song that sticks with me. As soon as I finished it, I thought, “That's the closer, leave everyone with this feeling.”

And there you have it! EMBRZ's walk-through of his journey of seizing an opportunity of isolation and loneliness and turning it into something beautiful with collaboration and inspiration from fellow talented artists. We hope you enjoyed this Director's Cut and we can't wait to see EMBRZ perform live.