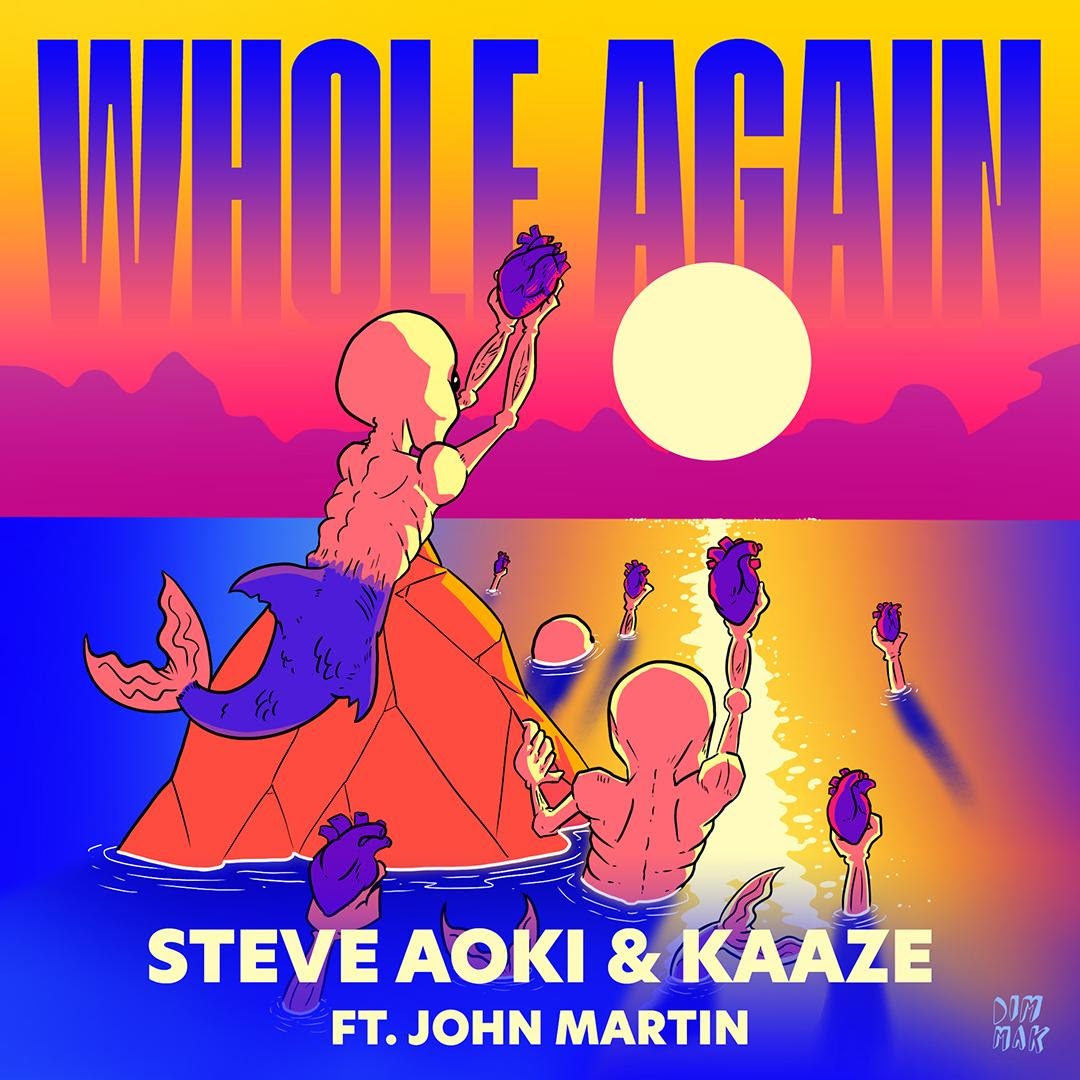 Steve Aoki and Swedish producer KAAZE join forces for a progressive festival-season banger “Whole Again” featuring legendary vocalist John Martin, known for his work with Swedish House Mafia and Martin Garrix. This marks the first time Aoki and KAAZE have collaborated, both of their distinct styles fusing together seamlessly to create a new euphoric dance anthem.  Martin's heartfelt vocals cut through the mix as he belts out the powerful refrain, “I just wish that you were here right now to make me whole again.”

“‘Whole Again’ is the definitive dance track on HiROQUEST,” Aoki shares. “It’s an anthemic, soul-searching ballad that captures the multitudes of different emotions that many of us have experienced over the past few years. After working with KAAZE to lock down the production, we needed to find the right vocalist to really bring this song to life. I’ve been a fan of John Martin’s ever since I heard him on ‘Don’t You Worry Child’ and knew that he was the missing link to bring this song to the top.”

KAAZE adds, ‘“Whole Again’ is the beginning of a new journey with Steve. We are making a lot of music together right now with big plans for what’s to come. When we made the very first draft of the song both Steve and I could hear that John Martin would fit like a glove on the track. I’m really honored that he loved the song as much as us. I couldn’t be happier with the end result. You will hear a lot from Steve and I in the future. This is the new start of big progressive house music.”

“Whole Again” is the latest single to drop from Aoki’s highly anticipated forthcoming full-length album HiROQUEST out September 16, 2022. Fans can expect HiROQUEST to be an epic, multi-genre collection of solo and collaborative songs with a world-building story that extends beyond the music itself.