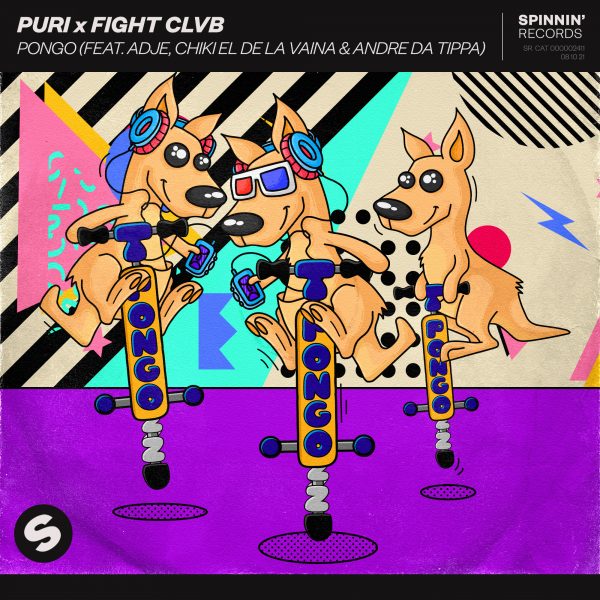 Dutch DJ/producer Puri, known for his global smash hit ‘Coño’, delivers one of the first highlights of the fall season. Built atop the melodic sample from Reel 2 Reel’s iconic ‘I Like 2 Move It’, Puri’s newest effort, titled ‘Pongo’, sees the showstopping producer team up with the dancehall-inspired production skills of FIGHT CLVB, resulting in the world’s first Dembow x EDM crossover. It’s a scolding hot dance single, featuring the likes of Adje, Chiki El De La Vaina & Andre Da Tippa, that hits harder than a shot of tequila.

Simply put, Puri’s got the secret sauce for global hits. After setting the music industry ablaze in 2017 with his swerve-inducing, double platinum-certified ‘Coño’ (339m streams), the rising star continued to fuel dancefloors with his trademark blend of hip hop, moombahton beats, and a wide range of exotic influences.

And now, the Dutch phenom returns ready to strike up another winner, teaming up this time with US DJ/production outfit FIGHT CLVB, known for its hot-blooded dancehall vibes, powerful on-stage performance, and releases on labels like Barong Family, Dim Mak, and Mad Decent.

As both acts were eager to drop something fresh, they teamed up to work on a dembow tune, this time adding an electronic sound – cleverly using both their backgrounds in EDM. As it happened, that same evening one of house music’s legends Erick Morillo unfortunately passed away, urging the artists to do something that would honor him.

“Then this idea just popped in my head to use the bassline of “I Like To Move It’, because it’s super catchy and there hadn’t been someone who used it properly yet”, Puri says, mentioning the famous dance classic by Reel 2 Reel, one of Morillo’s renowned projects.

That same night, the guys had the first draft of the beat for ‘Pongo’. Puri killed it using his signature bass sounds and samples, while FIGHT CLVB delivered tasty dancehall hooks. Following this, Puri called in Adje, who had also worked his magic on ‘Coño’, who came in and, by the words of Puri, ‘absolutely murdered his verse’.

Back in the States, FIGHT CLVB drafted the skilled talents of Chiki El De La Vaina and Andre Da Tippa for a series of upwinding vocals, the latter using the ‘pongo’ lyric, ultimately leading to the killer hook for this record.

The end result is a peaktime club tune, dropped by two producers grabbing the momentum and perfected by vocalists who each garnish the track’s blistering beat with their own brand of lyrical zest. ‘Pongo’ is all you need to keep things hot this fall.

“Puri and I were in the studio the night that Erick Morillo passed away and we felt inspired to breathe new life into one of his most influential songs as an homage to his legacy.”