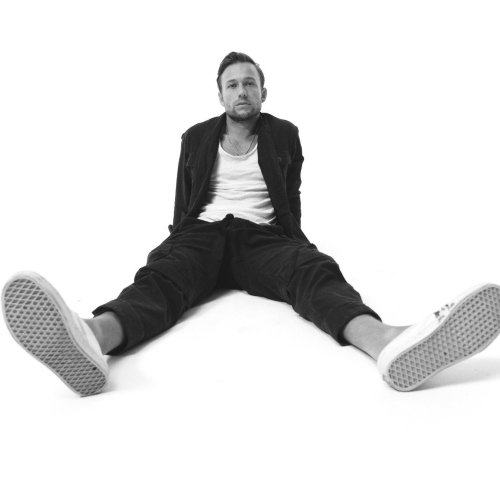 From the beginning, “Save Me” shots off like a laser and then lifts us up as if we are in a Syfy movie. The oscillations vibrate and pulsate us like a clock. Party Favor shapes sounds meticulously as a true sculptor of vibrations. The drop consists of a repetitive set of higher synths coupled with a dark, descending bassline. The pair have an incredible impact. This is followed by a sensitive melodic interlude before the repetitious vocals clang out “I needed someone to save me.”

This high tempo track doesn’t feel like dubstep or trap, but it has remnants of the genres sprinkled throughout. With his passionate melodic bassline and later use of full choir, Party Favor’s production melds into a cinematic musical style ala the “Westworld” main theme by Ramin Djawadi.

The lyrics of this song state: “I needed someone to save me from you.” Is the “you” Party Favor’s former self or lifestyle? He has been opening up a lot lately on social about the new direction he will be going towards inspired by having downtime away from touring and “the rat race of the industry” as he describes it. This is the beginning of a new chapter for Party Favor. Without having the pressure to perform in clubs and festivals every week, the pandemic must have transformed his daily routine and allowed his musical creations to be purely artistic rather than to serve the dance floor itself. This is the first song off his new project, and he has been working for over a year on all the music. He shared: “New direction, new sound and pouring my heart and soul into this.”

Party Favor also directed the music video for “Save Me,” which involved a speaker filled with red ink poured over the top. They captured how the vibrations sort of exploded the ink while the music played. It was part art and part science experiment. Party Favor described it on Facebook: “the red paint got everywhere, literally everywhere. Looked like a mass murder had happened. Ruined clothing left and right, but it was worth it.” There is a stark set with only the colors white and red, a speaker, and a mannequin sitting in a chair. The mannequin seems to become entranced by the ink as it splatters up and over the speaker. It also drips down the sides of the speaker and then out of the mannequin’s’ ears and joints. The music video is very well done and gives us a peak into the journey Party Favor has gone through this last year. He shared “This song is deeply personal to me. Feels insane to start getting to release all of this new music.” Well, I am confident we will not be disappointed.

The second installment “Losing My Mind” with Elohim certainly proves my initial suspicions correct. A white noise distorted rhythmic pattern engulfs the opening, building tension up and setting the stage for the ensuing drums. An 80’s synth melody takes over along with hooky vocals from Elohim. Party Favor’s evolution in sound keeps the energy high, but he shows us how he can balance a lot more delicate elements with ease now. Heavily filtered vocals from Elohim offer a hypnotic quality to the track along with her catchy lyrics.: “I’ve been getting too high…I’ve been losing my mind…How did I get here? I thought I was fine.” The track continues to march forward similarly until we get something very different. Coinciding with an eerie chromatic buildup towards the end there is a section with what sounds like a chorus of children chanting along to a very heavy bass pattern until the drop explodes. The bass vibrates with extreme power and intensity all the way until the track abruptly stops.

“Losing My Mind” is further elevated visually with an accompanying music video featuring Elohim seated on a white chair, almost like a queen on a throne. She is surrounded by red spheres that encircle her. It seems we are in Elohim’s universe: she is the sun, and everything revolves around her. This video takes on the same color scheme as the previous track “Save Me” with red and a stark white background. Once we reach the drop section, the spheres explode around the 3-minute mark. Elohim keeps her gaze steady throughout, completely unfazed. As if the entire universe is imploding around her, and then we see what looks like blood drip behind her along the wall. She is powerful and confident as she stars deeply into the camera. “I’m losing my mind.” This is the last thing we hear in a tuned down voice before the track cuts off and we go to a black screen.