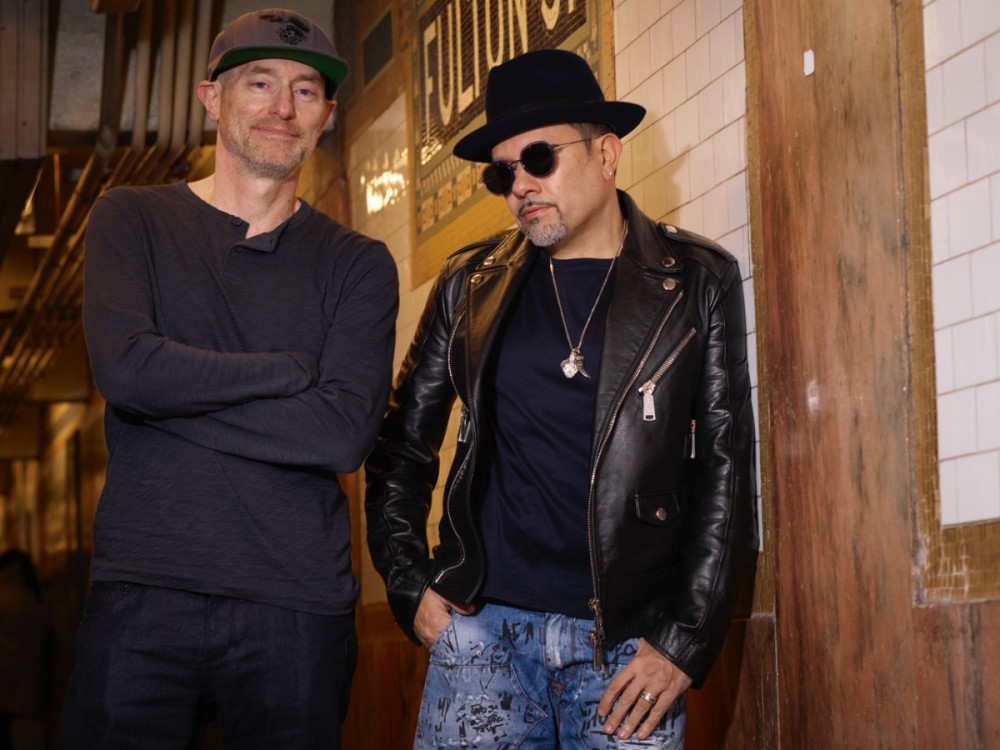 This Magnetic Mix is a little different. Nervous Records is in the midst of their 30-year celebration, so with that in mind, we caught up with label co-founder Michael Weiss for a special mix and a chat about the label’s past, present and future.

The label’s impact on dance music has been well chronicled at this point. Starting in 1991 as house music was really taking hold in New York, again, the label helped spur careers for artists like Armand Van Helden, Louie Vega, Mood II Swing, Kerri Chandler, Byron Stingily, Masters At Work and Josh Wink. It is a label with a distinct sound that has remained true to itself over the past 30 years, while not getting stale or lost chasing nostalgia.

The 30-year anniversary festivities for Nervous have included mix takeovers on radio channels, a few parties this weekend at ADE, London and New York, and a compilation with 30 tracks in total, comprising of 15 originals and 15 remixes. Those remixes and originals come from some of the label veterans, along with some newer faces to the label. The first half of the compilation was released on October 1 and now the second half arrives today, October 15. You can get the full thing now in various formats, wherever you do that, here.

In honor of the compilation, we had Mike Weiss come in for a new Magnetic Mix featuring 12 tracks from the compilation, including remixes by David Morales, Louie Vega, Adelphi Music Factory, Dr Packer and more. In addition to the mix, our interview with Mike is below.

1. How did you pick the artists and tracks for the 30-year anniversary compilation? Were there some tracks you wanted to add, but couldn’t?

Mike Weiss: The catalogue is so vast that is was not easy to narrow down the list. We knew we wanted to have a 30-track compilation comprising 15 originals and 15 remixes. So our head of A&R Andrew Salsano and I both came up with a 25-track wish list. From there we discussed which producers we would like to have on board for the remixes. And at that point we got to work reaching out to people and gauging interest and people’s schedules. Two were definite musts for us: Louie Vega was the original producer of “Hot” by Willie Ninja, and Louie has evolved as a producer and artist in so many inspiring ways we felt it would be amazing for him to revisit this; and Ralph Ralcon has so many unique tracks from his back catalogue with Nervous and we felt Radio Slave could do something really special with one of his vocal productions, and that’s exactly what happened with “Break You.”

2. What else do you have planned for the 30-year anniversary?

MW: We did a limited edition vinyl package comprising two different releases – Nervous Records 30 Years Part 1 and 2. Each has four pieces of colored vinyl and if a customer buys Part 1 and 2 together through our Bandcamp page they get a special Nervous Records tote bag. We appreciate the support we get from record buyers, so we’re always trying to add something special to a purchase. We did a 3-day holiday weekend takeover on Diplo’s Revolution Channel 52 on Sirius XM. It was 30 DJ’s doing 30 one hour sets. Really stellar line-up of DJ’s and you can imagine with their schedules it was not easy to get all those sets together, but everyone came through and the results were great. Massive response from all over.

We have a 30th anniversary party happening at the W Hotel during ADE and that one is sponsored by Beatport. We did a four-week take-over of Radio One Presents Dance on BBC Radio 1. That also was an incredible crew that came together. We had exclusive sets from Louie Vega, Kerri Chandler, Josh Wink and Ewan Mcvicar, all shows were hosted by Louie. And we also did an anniversary show with Blessed Madonna on BBC Radio 6, which included an exclusive Nervous Records mix from Kenny Dope, and we did an anniversary show with Mark Knight on Kiss FM London.

3. How did you get into the business and what has been your favorite part of it all?

MW: My father Sam was in the music business, so this industry has pretty much been part of my life since day one. But I was given a mandate from my parents to not go into the music industry. Like all parts of entertainment the odds of actually succeeding and making a real career out of it are not high. I was given two choices when I went off to college at Stanford: become either a lawyer or a doctor. One session of Biochemistry made me realize medical school was not for me; so law school it was. Did my time in freezing Syracuse at Syracuse U Law School, and at the same time was able to get an MFA in film at the Newhouse School of Communications, which is part of Syracuse University (again staying away from music).

So I came back to New York City after law school with the goal of working as a lawyer in business affairs at one of the big talent agencies, but right away I started going out as this was the last 80’s and it was a great time for night life in New York City. Limelight, Red Zone, Tunnel, The World, Sound Factory. So many great clubs with so many excellent DJ’s who were already getting famous around the world, but in New York were still able to work under the radar. When people go out and hear a great track usually their reaction is to run to the dancefloor, but my instinct was to go to the DJ booth and ask what the track was. That lead to striking up conversations and getting to know people and eventually that lead to starting my own label.

4. A lot is made how the internet has massively changed the way labels operate over the past few years. But how have you seen music change over that time as well?

MW: Well the internet has made it a lot easier to get music exposed to the public, but it has not really changed the basic fact of life about music; namely sometimes it’s great, sometimes it’s just okay and sometimes it’s mediocre. So in the past when it was just vinyl maybe a mediocre track would be tested out early in the night at a club when very few people were there. Is that very different from now where a mediocre track will pop up on one of the thousands of SoundCloud pages that exist exposing new music and still be heard by very few? So yes the technology has changed, and yes it’s made it easier for people all over the world to collaborate. But for us as a label we still need to sign bombs that can ignite a dancefloor. That’s one thing that will never change for any label.

5. Dance music is more global than ever with some of the most exciting electronic music coming from producers in Africa, Asia and South America. How does Nervous balance its roots in New York and also looking for exciting global talent?

MW: We are always open to listening to new music regardless of the source. In the past ADE was a great way to meet face to face with lots of international producers at one time. Unfortunately we missed that over the past couple years. We went to Brighton Music Festival, and were able to meet several producers from England, Scotland, and we’re going to continue to go wherever there are musical meetings. At the same time we do our best to listen to everything that comes in, but as you can imagine there is an overwhelming amount of submissions. [Editor’s Note: Preach]

6. How did you pick the tracks for this mix?

MW: For the mix I thought it would be best to put together some of the highlights from the Nervous Records 30 Years compilation.

7. If someone were unfamiliar with Nervous and they needed an intro to the label, what should be the two or three songs they should listen to.

MW: We’re known mostly as one of the flag wavers for the best in house music but we actually have a strong legacy in 90’s East Coast American hip-hop and techno. So if I were to pick three tracks I would want to choose one from each genre from the era when we launched.

1. Byron Stingily – Get Up (Everybody) – House music classic with a disco inspired beat and iconic soul based house music piano rift and an inspired and unmistakable vocal performance from one of house music’s greatest house music vocalists.

3. Winx - Don’t Laugh – produced by Josh Wink, this was an immediate anthem at the multitude of American raves that were popping up all over the country, and then very improbably became a radio chart topping hit across Europe. It was Josh Wink’s genius to create this driving techno beat and add his very own inimitable and rhythmic laughter on top.