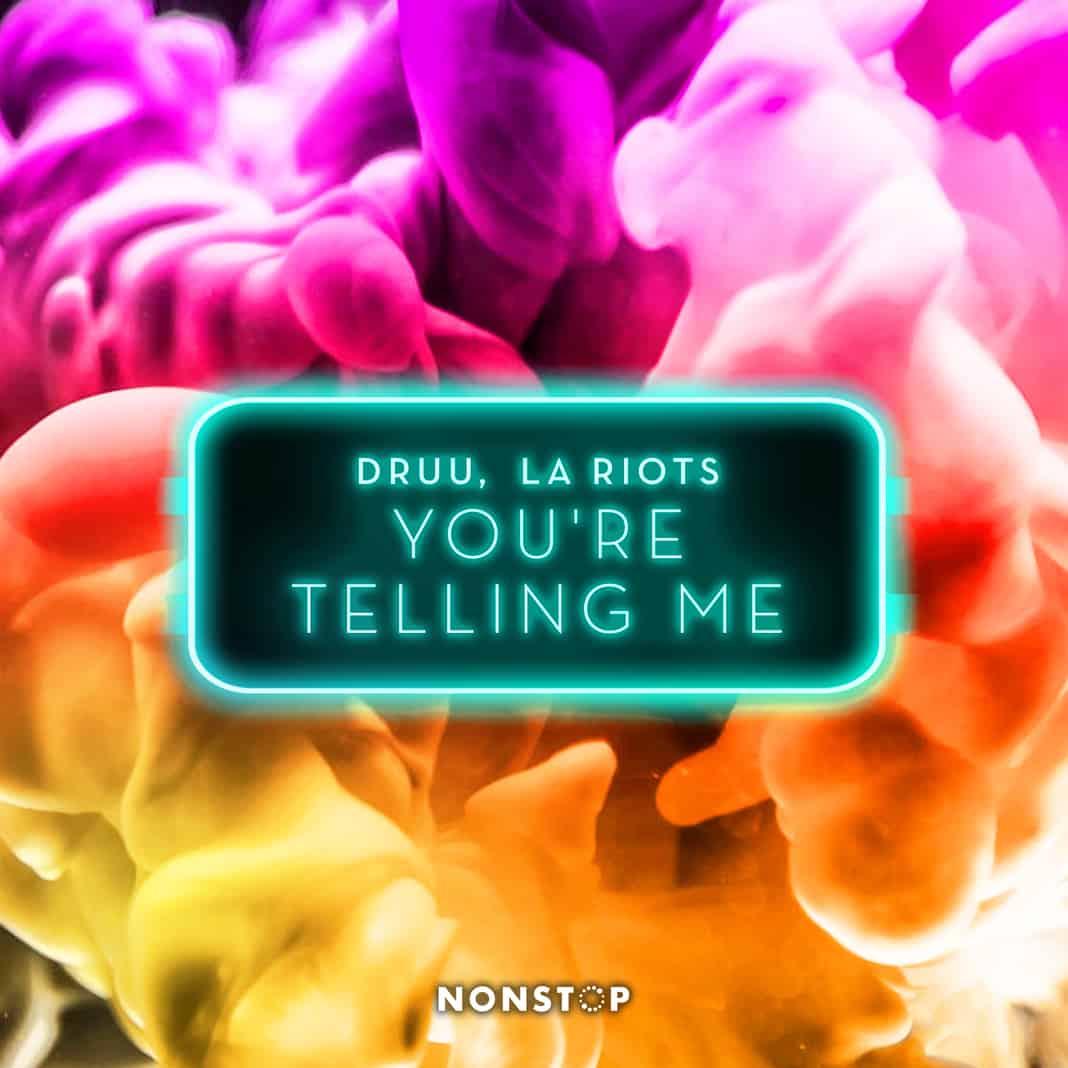 Filled with tantalizing female vocals that immediately hook the listener in, this tech house earworm comes complete with an incredible energizing build and a beautiful blend of complex synths, bass, and drums. This is LA Riots and Druu's first collaboration and hopefully not their last!  “You're Telling Me” is the perfect end of summer song that will get you dancing the night away at your next club show or festival!

Druu is a DJ and multi-faceted music producer based in NYC that is quickly rising through the scene. With the ability to pick up and play any major instrument (drums, guitar, piano, bass, etc.), His production and songwriting have put him on the map in 2021. Furthermore, he is no stranger to making people move on the dance floor, spinning multiple sold out and packed shows in NYC. He has opened for major acts like Gryffin, BROHUG, Croatia Squad, and WestEnd. With tracks featured in Spotify’s editorial playlists Friday Cratediggers, Dance Rising, and Mint, he has amassed over 6 million streams across tracks on Spotify and almost double that across all streaming platforms.

Over the last few years, LA Riots has taken his sound in an underground direction releasing a steady series of originals on respected house labels such as Mark Knight’s Toolroom Records, Gorgon City’s Realm Recordings, Roush, Spinnin, Confession and Armada Deep. Upcoming releases are scheduled for Harry Romero’s Bambossa label as well as Yousef’s highly esteemed Circus Recordings. He’s also earned top listings on Spotify’s Housewerks and Mint playlists along with several others, resulting in millions of plays for his tracks.