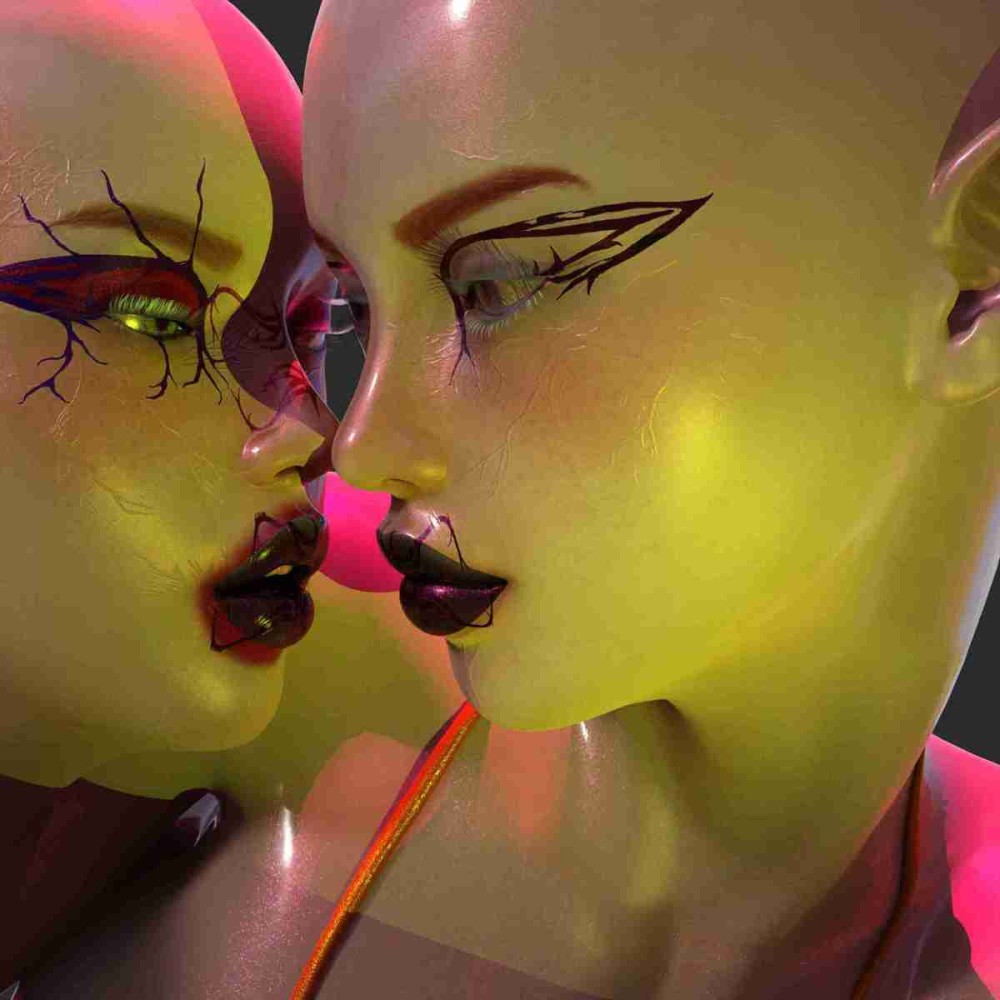 The Jonathan Kaspar Remix of Higher Dimension by Henri Bergmann, Fat Cosmoe, Wennink featured on my 15 best Indie Dance songs of May 2022, and Henri’s newest release on one of my favorite labels, Watergate, is a must listen.

Building a buzz through impressive releases on her own label Automatik, Henri Bergmann elevated creative approach during the lockdown, producing an EP for the first time featuring herself on vocals. The resulting work is truly excellent.

The title track is a team-up with Biesmans who brings his distinct retro sound signature to the track, while Henri’s vox takes it to another level.

‘Our Time Has Come’ is a punchy dancefloor gem propelled by her own vocals and a classy psychedelic synth line. ‘We Just Keep On Going’ brings bags of robotic soul to the table, as Henri’s husband Wennink takes to the vocoder, alongside a mystical lead melody.

Remixes by Stephan Jolk and Echonomist, forthcoming on July 22nd, round-out the EPs overall appeal to DJs and dancefloors across the globe.

I had quick chat with Henri about the release, check it out below:

What was the inspiration for these new songs and the EP?

Henri: The EP was written during lockdown. I wanted to do an artist project instead of just dance singles and decided to experiment with singing on the tracks myself, if you can call it that; it's more talking than singing. Originally it was going to be an album with Higher Dimension included as well but I decided to split them up into EPs instead.

'Our Time Has Come' is about the end of being locked up at home under draconian laws and it being our time to make our own choices instead of the government dictating what we do, with a surrealist Mad Max protagonist twist. Mind Control came out of that as well, as like most DJs I was incredibly frustrated about gigs being booked only to be canceled again for almost 2 years. It was such a head fuck.

The music and entertainment industry took one of the biggest hits during that time as we obviously rely on people being able to leave the house and it felt like the government and media were trying to stop us questioning their decisions by using fear tactics and mass hysteria. Boris Johnson was having a party while dishing £10K fines out for doing exactly the same thing.

By the end of 2021, in England anyway, it felt like people weren't going to stand for another lockdown, it was (hopefully) the end of being controlled and the the beginning of trying to repair the economic and psychological damage that had been done. Wennink's lyrics for 'We Just Keep On Going' are a lot more positive, that no matter what happens amongst all the dread, covid, war and economic chaos, it's a message to keep your chin up, keep going, don't dwell too long and do the best you can, and with the music I also wanted it to sound more uplifting than the connotations of the lyrics.

'Mind Control' is a really fun electro dance track which is a lot down to Biesmans. I sent him the core of the track and he added his retro, cosmic disco trademark to it which is why I think it works so well as a collab and is different from my other releases to date.

Can you tell us a bit about your lyric writing and vocal recording process on 'Mind Control'?

H: Think I just gave you a bit too much info on the lyrics but the recording process was very simple and if you hear the vocal stem alone it sounds completely raw and distorted. I recorded it with no recording booth straight into an SM58 mic.

The first time we got it mixed the vocal came back sounding perfectly polished which I thought took away the charm so we went back pretty much to how it was originally. For Wennink's vocal, we recorded it through the TC Helicon voicelive into the Ableton vocoder and then processed it with shit tons of fx.

There are 2 remixes of Mind Control forthcoming on Watergate July 22nd. Can you tell us about your choice of remixers for this project?

H: Yes! I love the remixes so much. You spend all this time writing and producing the originals and get to the end and have so many ideas for other directions you could have taken, so it's really rewarding when someone else does it for you. So many times I do about 5 completely different versions of a track before I'm happy with one, and even then, I regret not being able to release bits of the other ideas. I always wanted Echonomist to do a remix as I've been such a huge fan of his productions and flexibility. He can do Afterlife, as well as nailing the Innervisions and Multinotes sounds.

I find it so hard to be pigeonholed into one label so I find it inspiring that you actually don't have to, even though it's sometimes easier to book you as a DJ if you do. He nailed the remix. I played it for the first time at Renaissance Israel for 6000 people and out of all the tracks I played that was the one I got the most ID requests for. I just immediately knew it was a hit.

Stephan Jolk came a bit later and we were so happy when he agreed to do it as he's obviously a huge name. I love how he's produced my vocal, when I recorded it that's kind of how I envisioned it sounding, stripped back and sexy, so like I said it's the best to be able to have someone else come on board and complete your vision.

What is your touring schedule looking like? Can you please tell readers a bit about your live performance?

H: I've just signed with a new booking agency Bullitt who represent most of my favorite producers so it's a real honor to be welcomed into their family. My husband Wennink and I are making a lot more music together at the moment as we want to eventually tour together as a live act with him singing.

We live, work and have kids together, so over lockdown it just seemed obvious that we would join forces. In the meantime, I'm going on my first India tour, DJing El Baile at Pacha at the end of the month, and doing a few UK festivals over the summer.