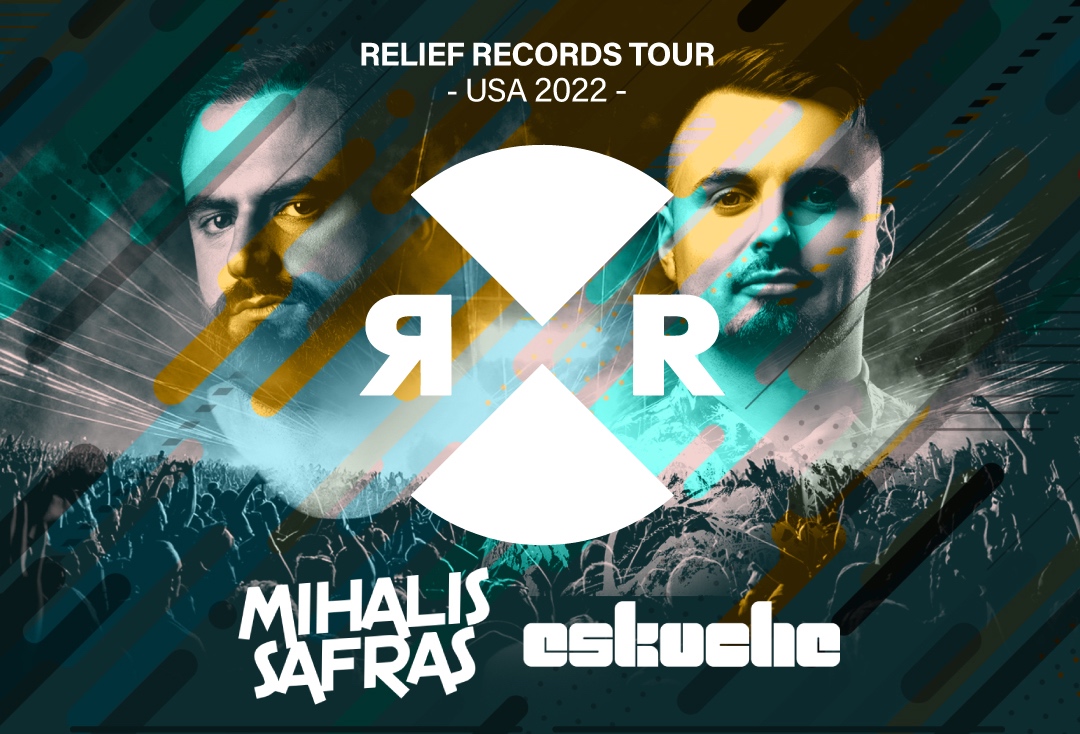 Established in 1993 by legendary DJ and producer and electronic pioneer Green Velvet, Relief Records is one of the most longstanding and respected dance music labels in the world. From its very first release, the label has sought to push boundaries with an ever-expanding catalogue that includes contributions from an array of talented and significant artists.

Relief brings two of the label’s current star artists to the US for an expansive tour, with Mihalis Safras and Eskuche flying the flag for the label.  After experiencing the special occasion and seeing the bass vibration at Catch One in Los Angeles for the opening night, it was a must to share Relief debut US tour.

Mihalas Safras and Eskuche have been involved with Relief Records for a number of years, playing many major US cities as part of Green Velvet’s La La Land tours. Both artists have close creative relationships with Green Velvet and have collaborated on multiple releases with him.  Alongside the tour a very special collaborative EP is in the works for Relief, with full details to follow soon.

Mihalis Safras is the Greek DJ/producer sensation that has – over the course of an illustrious career – forged a name for himself as one of the most hard-working and consistent electronic artists in the world. Mihalis is one of the most charted tech house artist of all time on Beatport and Resident Advisor, releasing on a slew of leading labels including Relief, Hot Creations, Sola, Moon Harbour and of course his own Material imprint. Mihalis has formed a unique bond with Green Velvet and to date they have collaborated on no fewer than eight records – including Discogirl, Microwave, Speak To Me and most recently Moncheri. Green Velvet and Mihalis Safras have a series of singles that will be released in 2022, starting with Mon Cheri which will be their 11th collaboration on Relief.

Releasing with a host of AAA labels including Relief, Hot Creations, Toolroom, etiquette and Farris Wheel, Eskuche‘s production has received airtime from legends such as Carl Cox, Marco Carola, Jamie Jones, Four Tet, Chris Lake, Laurent Garnier and many more. His success in the studio has resulted in bookings at some of the world’s biggest festival and club stages. Eskuche’s has released four singles on Relief, including his collab with Prok & Fitch Jack.

His track ‘Concentrate’ was an instant hit that soon took the top spot on Beatport’s chart, picking up a huge number of streams and is a real modern classic for the Relief label. Eskuche only broke through in 2019 but is already at the top of the pile thanks to his steady stream of innovative releases and high-energy DJ sets everywhere from Elrow to Ministry of Sound. Enjoy of interview with Eskuche from September 2019 as you explore more of his discography.