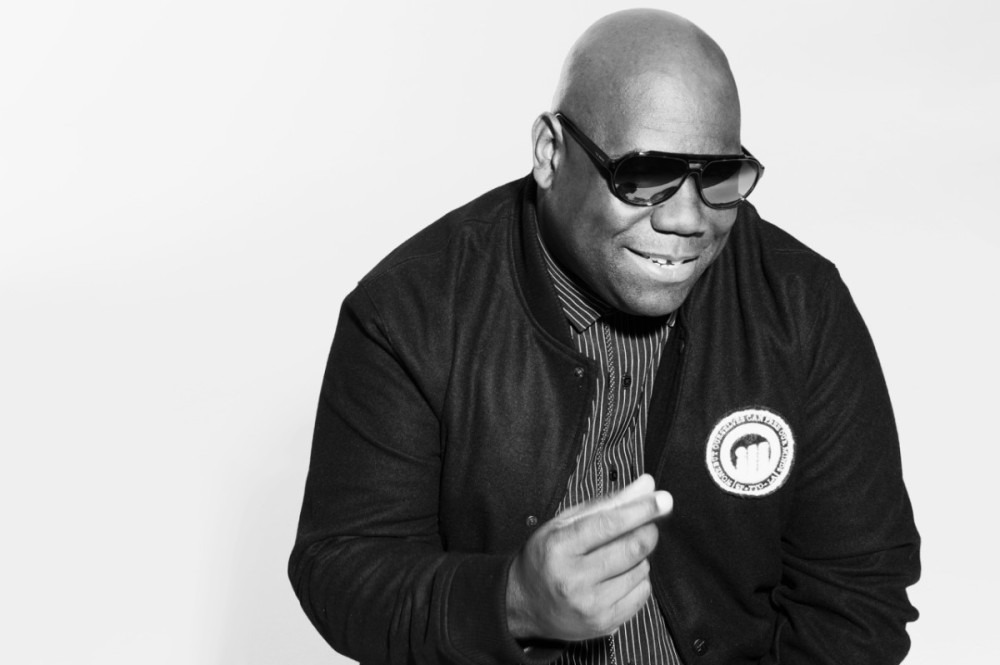 We knew that electronic icon, Carl Cox, was up to something when he dropped his collaboration with Fatboy Slim two months ago. The high energy single dropped just in time for festival season, but there was clearly more going on behind the scenes for Carl Cox.

And now we know a bit more, as Carl Cox drips out a few more details about his upcoming album, the first album he's released since All Roads Lead To The Dancefloor in 2011.

Stream his collaboration with Fatboy Slim Below

Now, in a latest press release Carl Cox dropped a TON of information about what is going into his upcoming album and what it's going to look like.

So let's dive DEEP into everything we know about Carl Cox's Electronic Generations which you can pre-save here.

We Know About The Album's Artwork

What starts as a simple, square machine soon evolves into a bionic mech that is starkly human. Check out the album artwork for yourself below.

We Know Another Single On ELECTRONIC GENERATIONS

The first single on the album is out today, June 10th and is a collaboration alongside Nicole Moudaber.

The track itself is a driving techno powerhouse that marks the second pre-mix release that will be on the album. The first, of course, is the ‘Speed Trials on Acid’ track linked above that was released earlier this year.

Stream The Latest Single Below

And this is not the first time the two have worked together either. In fact, they are long-time friends and colleagues having first collaborative work get released back in 2014 (five years after the two originally met when Nicole signed to his label Intec Record).

'Nicole is a genius. She's able to take my original concept which might not be totally the kind of record she would make, but she likes a challenge and she set the bar high and ran with it. I think she's done a wonderful job with this one.' - Carl Cox (June 2022)

2) How It Makes You Feel

3) Our Time Will Come

9) Keep The Pressure On

We Know The Release Date Of Carl Cox's New Album

The release of Carl Cox's next album is slated for September 16th, 2022 via BMG.

The digital version of the album also comes with a second volume of pre-remixes, including the new track ‘How It Makes You Feel’ with Nicole Moudaber, ‘Deep Space X’ with Juan Atkinsand ‘Speed Trials on Acid’ with Fatboy Slim.

Here Are The Inspirations Behind Carl Cox's New Album

Carl Cox is a longtime veteran of the acid house and techno scenes throughout the British and world-wide rave scene. He has even been hailed as the pioneer of British rave culture and it iis this background and history that he is pulling from to shape the sounds and character of the album.

The album will showcase a blend and fusion of the legend's unique live sound that has been decades in the making.

With a blend of hybrid-live sets which he’s been successfully showcasing over the last few years, this album is sure to be a culmination of the past, present, and future of electronic music for years to come.

“I feel very lucky to have the opportunity to share this album. As a live artist and a DJ I get to play all over the world and to see people enjoying the shared experience of being together and dancing. I’ve pulled together all the elements that I’ve learned from watching those crowds, added my sound and tried to bring you a true electronic music experience.” - Carl Cox (June 2022)