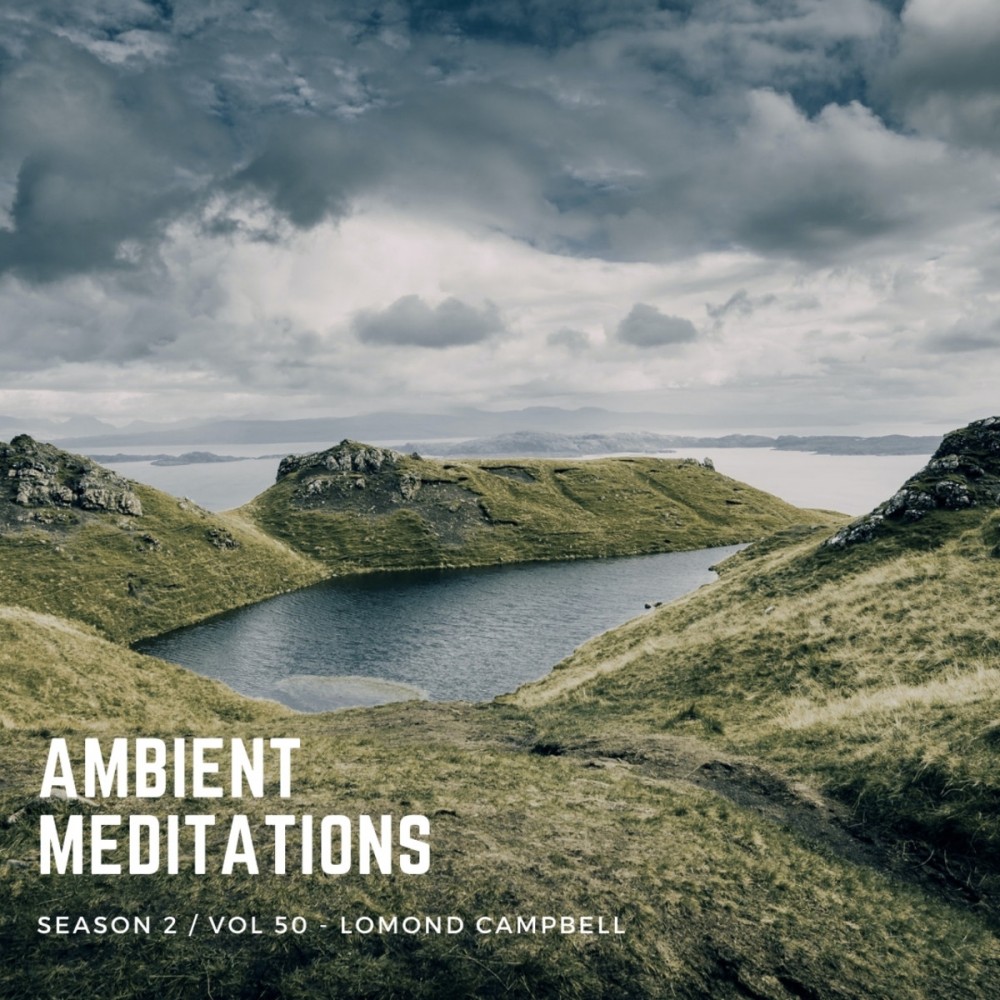 Escape to the misty highlands of Scotland with this latest mix from Lomond Campbell, one of our most soothing and eclectic mixes yet. Unless you are very well versed in the world of ambient music, many of these artists will be new to you in the best of ways. Campbell has delivered an ethereal collection of cuts that are perfect fall companions for a walk outside or merely sitting by the fire enjoying a fine Scotch, the peatier, the better on this occasion. So go find a bottle of Laphroaig 10 year, and bask in this mix; you might even feel some cold condensation on your nose by the end of it all.

lullaby for Klaus - Thor and Friends

In The Fog III - Tim Hecker

He’s a bit of a genius I think. Based up in the highlands, maker of machines, music and art”

Scottish multi-talented artificer Lomond Campbell has announced the release of his eagerly anticipated ‘LŪP’ album, out via One Little Independent Records on October 22nd.

Although his music is grounded in sound it often incorporates sculpture, engineering, product design and visual art. Using a combination of hardware hacking and industrial manufacturing techniques, Lomond builds his own unique instruments and devices for creating sound which he combines with modular synths, piano and voice.

Originally given a low-key release on Bandcamp, ‘LŪP’ came to the attention of Mary Anne Hobbs who invited Lomond on to her 6music show to talk about the project. The album had a physical release on cassette by The Dark Outside label, limited to only 100 copies which sold out in a matter of hours, and will now be available worldwide and on vinyl and CD for the first time.

‘LŪP’ came about when Campbell was commissioned to build a custom tape-looper for prolific Fife-based independent singer-songwriter King Creosote. He tells us “I wanted the machine to embody the compositional ideas of the two esteemed New York avant-garde composers – William Basinski and Steve Reich. It plays 12 second tape loops which ‘disintegrate’ over time as the tape passes near to a rotating magnetic disc. This rotating disc also provides a clock and drives two eccentric cams which sends out ever-shifting phase patterns. You can hook the machine up to a modular synthesiser and process the disintegrating tape loops while generating Reichian phase shifting patterns.”

The machine itself, LŪP, takes tape loops that are 601mm long which allows for approximately 10 seconds of audio. On its journey the tape passes a large, rotating disc containing magnets inside. The magnets gradually erase the audio information on the tape, whilst the rotating disc simultaneously drives two small follower gears with eccentric cams that generate gate signals. The small difference in size between these gears cause the gate signals they generate to slowly drift in and out of synchronisation. Using LŪP alongside a modular synth you can patch the drifting gate signals into your synth to trigger patterns that meander in and out of phase, whilst your tape loop is slowly disintegrating.

The result, ‘LŪP’, is a dynamic, minimalist and introspective ambient pleasure. From the glistening and meditative soundscapes of opener ‘We Go Slow’, ‘Swam’ and ‘Sister’, through the pulsating electronics of ‘Otherly’ and ‘Rad Brad Ivy’ into the latter part of the record where tracks such as ‘WVN028’, ‘Creosote’ and ‘Songs Of The Wildbirds’ bask in eerie, sinister atmospherics, it imagines industrial urban expanses peppered with distant melodic birdsong. ‘LŪP’ navigates the worlds between music and art, craft and engineering, fantasy and science.

Lomond spent his formative years making sound installations with his band and art collective FOUND, winning a BAFTA for creating a moody, narcissistic music machine called Cybraphon which now resides in the National Museum of Scotland. He relocated to the rural highlands and spent five years building a studio called The Lengths where he now makes all his work. Some of his musical friends have come to record albums there, including King Creosote as well as Scottish Album of the Year Award winner Kathryn Joseph.

The first in a series of experiments, Campbell will follow his album with another using the LŪP, as well as a limited run of cassettes with lost “cutting room floor” style expanded elements of the ideas used here, which fans will be able to chop up and edit themselves.