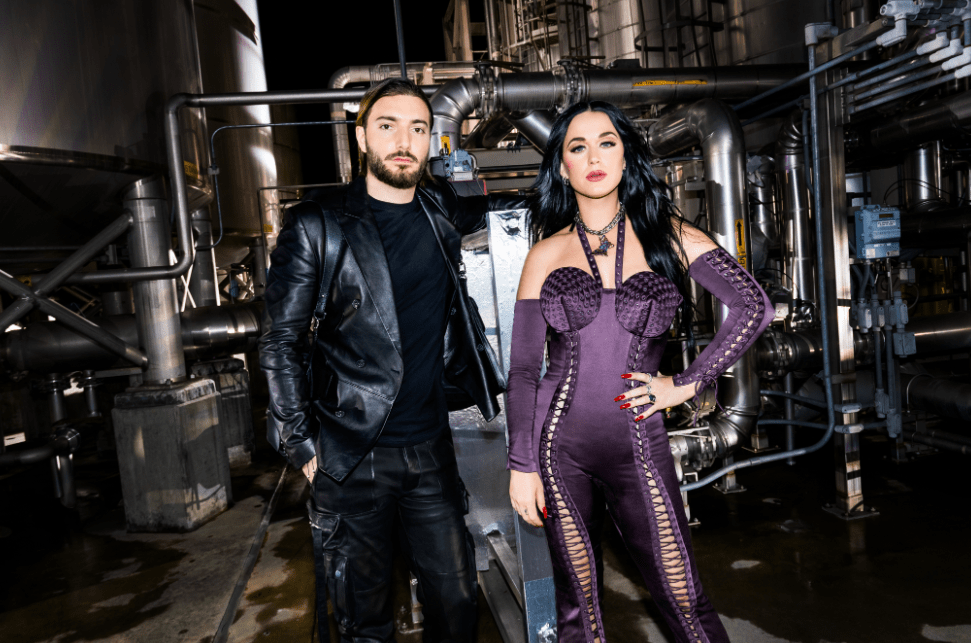 Today marks the hotly anticipated global premiere of “When I’m Gone” — the electrifying new single from Alesso and Katy Perry. Out now via Astralwerks and Capitol Records, “When I’m Gone” is the first-ever collaboration between the iconic GRAMMY-nominated producer/dance artist and the multi-platinum-selling pop superstar.

“I’m so thrilled that “When I’m Gone” is finally out. We’ve been waiting the whole year to share it with all of you. I’m honored to collaborate with Katy on such an amazing dance record and with ESPN to become the first artists to premiere our music video at halftime of the College Football Playoff National Championship. I loved working with her and think this song and video came out super special.” —Alesso

“When it comes to my music videos we all know I like to push the boundaries and myself, and create unique opportunities for my fans to see them. ESPN and especially College GameDay hold a special place in my heart, so partnering with Alesso to become the first artists to ever debut a global music video within a live event on ESPN made for a perfect and natural pairing.” —Katy Perry

Within the very first seconds of “When I’m Gone,” Alesso and Katy prove to be a match made in dancefloor heaven. A high-drama anthem built on throbbing beats and powerful piano melodies, the track spotlights Katy’s radiant vocal presence as she offers up a fierce warning to the one who’s left her behind: “You’re chasing the danger. It’s just in your nature. Look for me in strangers. All these pretty faces. No one can replace it. I’m always your favorite.” Written by Alesso and Katy with Alida Garpestad Peck, Rami Yacoub, Space Primates’ Nathan Cunningham and Marc Sibley, and Alma Goodman, “When I’m Gone” comes to wild and dazzling life thanks to Alesso’s immaculate sound design and endlessly imaginative yet pop-perfect production.

On Monday, January 10, the official music video for “When I’m Gone” will receive a massive worldwide premiere when ESPN broadcasts the video at halftime of the 2022 College Football Playoff National Championship.

The premiere of “When I’m Gone” caps off an extraordinary year for Alesso, who recently partnered with OneOf (the green NFT platform built for the music community) to release his debut NFT collection “Cosmic Genesis.” Over the past few months, he’s seen tremendous success with “Chasing Stars (with Marshmello feat. James Bay),”a bittersweet but euphoric anthem that cracked the top 10 on Billboard’s Hot Dance/Electronic Songs Chart spending 11 weeks there. Alesso’s other recent triumphs include the ecstatically received long-anticipated winter floor-filler “Somebody To Use,” “Rescue Me (with Danna Paola)” (featured on the official soundtrack to Blade Runner Black Lotus), and the electro-pop powerhouse “Going Dumb (with Stray Kids & CORSAK).” A truly dynamic creative force, Alesso also delivered PROGRESSO VOL 2, a two-track release that serves as the thrilling second installment in a series that began with 2019’s ALESSO MIXTAPE – PROGRESSO VOLUME 1.

In addition to sharing “When I’m Gone” with the world, Alesso is now gearing up to ring in 2022 by playing two shows in Miami on New Year’s Eve (one with Doja Cat at Fountaine Bleau Poolside, the other at Liv Nightclub). He’ll also take the stage at Decadence in Phoenix and Denver tomorrow night, and headline Omnia Las Vegas on New Year’s Day. See below for Alesso’s full itinerary.