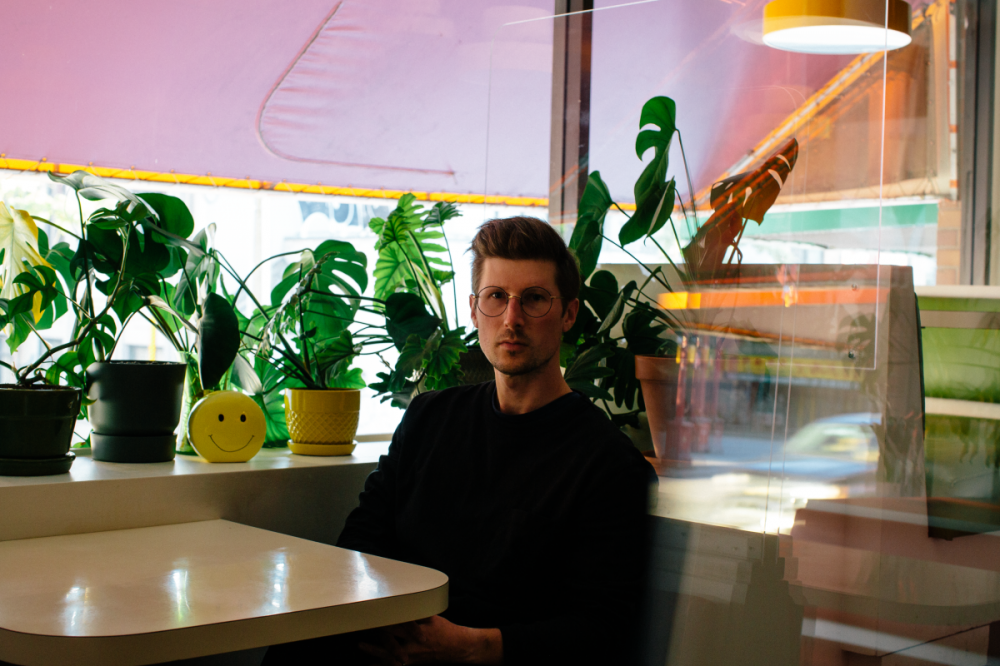 British Columbia producer Jamison Isaak aka Teen Daze has spent the past decade or so putting out music that finds a middle ground between ambient-synthwave and indie pop. The gentle productions could be quite danceable, but also soothing to the soul. His new album Interior pushes that a little more, drawing on influence from French house to help shape a new sound with this LP.

You notice the change from the second track “Swimming” that is “truly meant for a dancefloor” according to Isaak. It was one of the first songs he made for this album and was sent down a French house rabbit hole by Joel Ford, who mixed the LP. That led to the twist that we see with “Swimming” and especially the next song. “Nite Run” is fun and funky with some chopped up vocals that embrace that era of house music.

“No Where” feels more familiar to Teen Daze fans with a hypnotic, synth-lead tune that flips around between ambient and synthwave. “Interior” knits together the two main ideas in the previous half of the album. It has a funky groove underneath serene synths and pads. "Interior" is a combination of the past and present in one tune, found in the interior of the album.

“Still Wandering” continues the slow, melodic synthwave tunes before Interior flips back on its head to some peak-time 2 AM piano house on “2AM.”

“Translation” is the culmination of the project – its great exhale – with euphonic house music. It is a slow burn, but once it hits the climax, it feels like the relief of being able to dance again with others.

Teen Daze flips a page with Interior, but doesn’t completely rewrite the book. There is still plenty of “ambient music that you could dance to,” a phrase by Teen Daze, but also embraces more in your face dancing with the French house influences. Get your copy of the concise and enjoyable record here via Cascine.