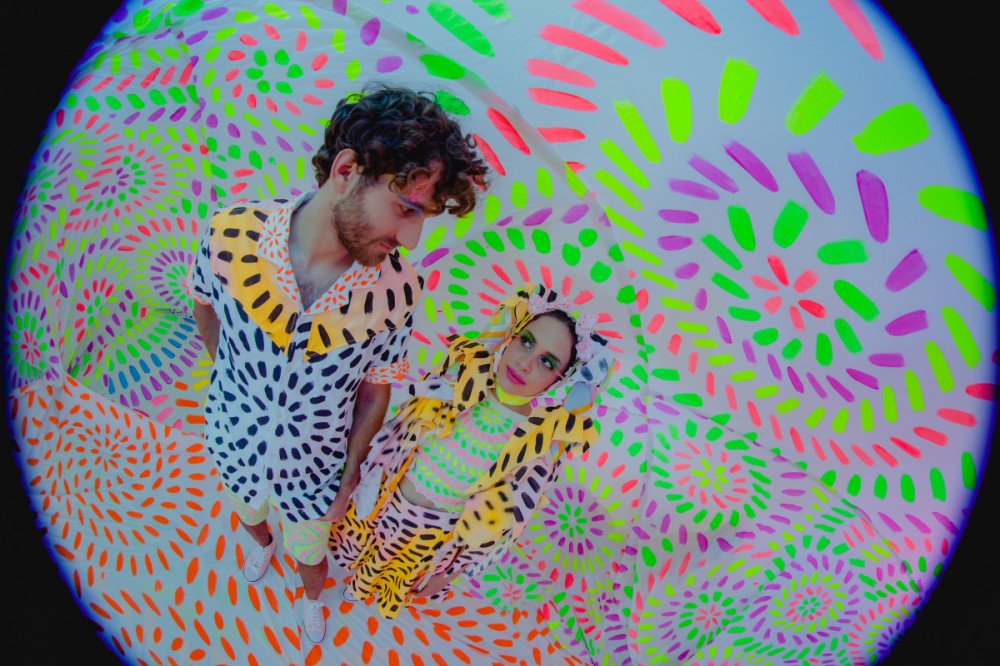 Synth-pop duo Magdalena Bay has released their debut album Mercurial World. Mica Tenenbaum and Matthew Lewin have been putting out singles and EPs over the past few years, but this is their longest and most complete thought yet.

Like many projects being released these days, the LP was born during the COVID lockdown. They released their latest EP, A Little Rhythm and a Wicked Feeling, at the beginning of 2020 and had a tour planned on the back of that. The tour was cancelled, which forced them back to the drawing board and write some music. Attempting to capture the dread, anxiety and anger of the moment, they channel those feelings into songs like “Hysterical Us.”

However, synth-pop generally lends itself to a cheery and bright sound, even if they are delving into darker issues. There are those summery, glittering and fun songs like “Dawning of the Season.” The group also has some heavier and darker tracks with crunchy guitars like “Domino” or “You Lose!” that has an early CHVRCHES vibe.

They always manage to keep things interesting, switching things up sonically. “Chaeri” sounds like an early Kaskade record, with darker twist. They also add a dose of thumping synthwave with “Follow The Leader.” “Halfway” is a soft, ambient synth interlude to give the listener a break.

The songs are mixed together, often without pauses between them, unlike the normal sequencing on an album. Some of the songs flow into one another like “Dawning of the Season” into “Secrets (Your Fire),” while others still need to switch up tempos and keys, but without a break in between.

Magdalena Bay shine with their debut album. They have some bangers like “Dreamcatching” and a little disco influence on “The Beginning,” while also indulging some very well produced synth-pop. It was a forced pause that helped create this album, but now they are on track to explode into the world. Pick up your copy here.