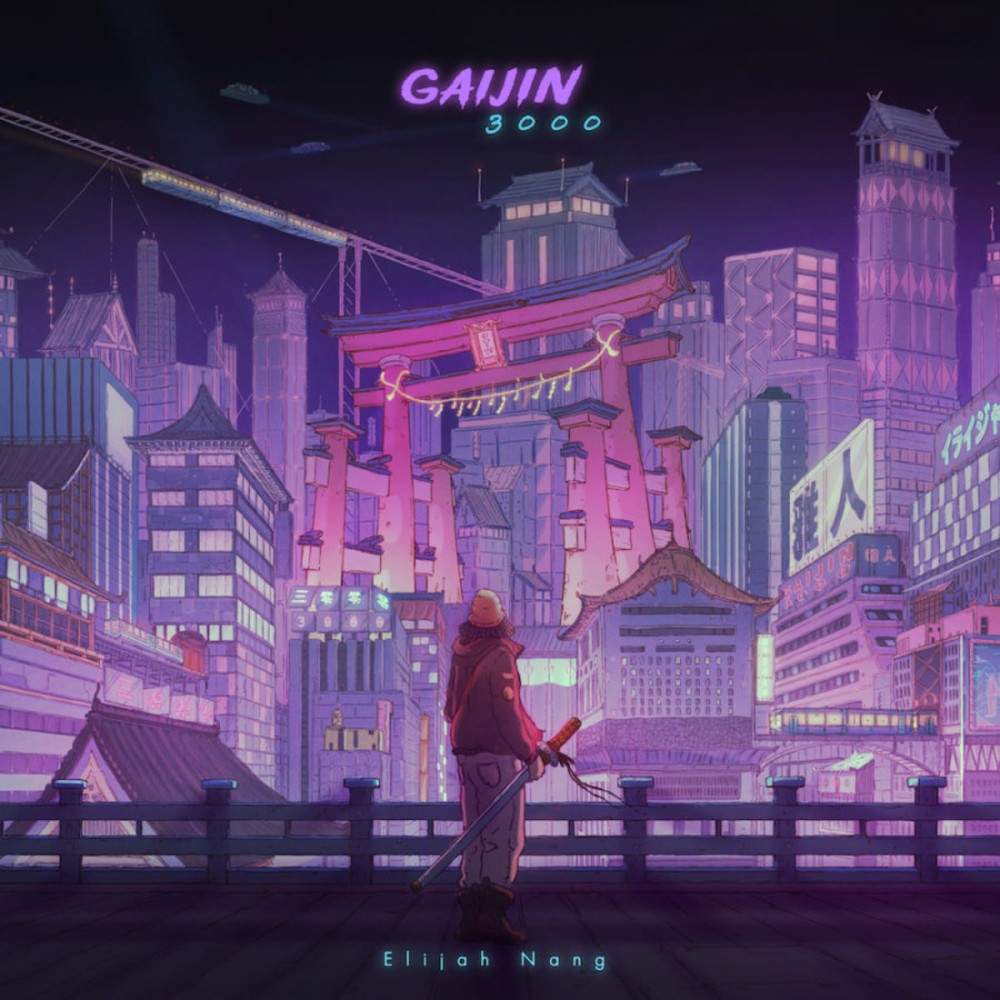 London-based experimental electronic artist Elijah Nang is a musician who likes to blend lo-fi, synthwave, hip-hop and electronica with Japanese influences. As a self-professed anime, film and manga enthusiast, he finds ways to combine audio with spoken word in what he calls audio novels. His new album Gaijin 3000 takes you way into the future as someone tries to infiltrate and disrupt a child smuggling ring.

The opener to Gaijin 3000 introduces the world 3000 years after the Edo period in Japanese history (1603-1868). It follows the quest of A N A N S I – a fictional character hired by the Neo Tokyo police, to help save a child with a white koi tattoo from the Shazuka Clan. This is a spin off of his Gaijin (the Japanese word for foreigners and non-Japanese citizens in the country) series, which began in 2019.

The music then begins on “3 0 0 0 Y E A R S L A T E R," which captures the mood of what you just heard with skittering drum and bass. There isn’t much time to find this kid and the task could be dangerous.

That song is a bit of an outlier amongst the rest of the LP. Songs like “K O M O R E B I” capture the subdued lo-fi you get throughout the album. It mixes synthwave, retro and lo-fi for a sound that could be in the past or way in the future in a strange sci-fi world.

The interludes provide updates on A N A N S I’s quest to find the kid. In those interludes, there are some twists in who the kid with the koi tattoo is and what they could be. Despite the urgency of the interlude "3 M I N U T E S L E F T ( M I D D L E )," the rest of the music portion of the album is calming. You have to listen all the way to the end to see if the child was rescued or not…

You can get the full album here and check out the previous works while you are there.