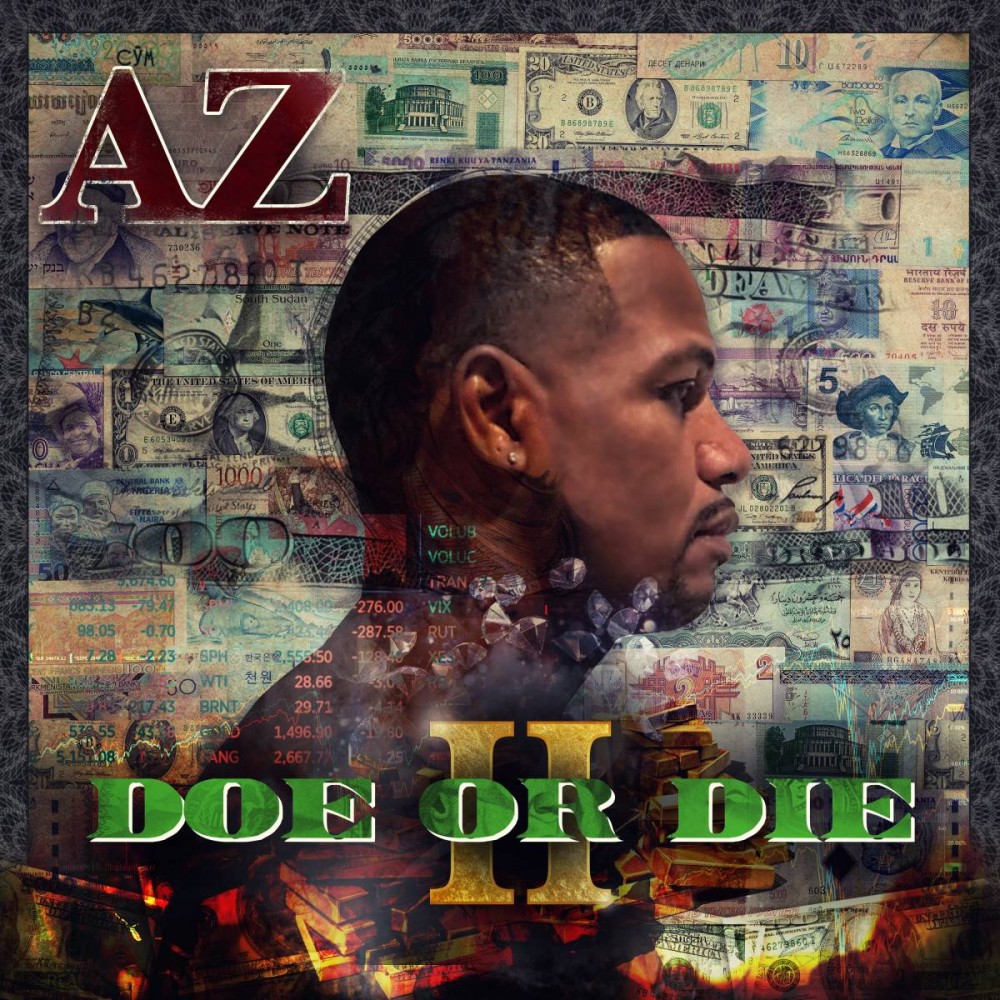 Sometimes in music, the wait is worth it. Brooklyn rapper AZ released his debut album Doe or Die back in 1995, which put him on the pathway to being one of the most exciting rappers in New York City. His career never took off the way it seems destined to, allowing him to hit the heights he probably should have. Now he looks to capture that magic by releasing the sequel to Doe or Die, first announced 12 years ago.

Packed with star-studded features from the likes of Lil Wayne, Idris Elba, Rick Ross, Conway the Machine, T-Pain and Jaheim, the album has a bit of look of a victory lap, examining highlights from his career and the moments in life that shaped him. It is a “celebration of life, no matter what level” as he says on the opening to “Different.” That celebration hits some of its biggest peaks with songs like “Never Enough” that features Rick Ross and has the luxurious feeling you would expect from that sort of a collaboration.

His voice should be familiar to most in rap and that effortless flow finds its match with production from Bink, Buckwild, Kaygee, Czarface, Alchemist, Heatmakerz, Rockwilder, Baby Paul and others. The production gives it a classic, yet modern sound that serves as the bedrock for this project that never tires. AZ may call upon these big names, but always has control of the narrative and sound on this project. There are call-backs to other big time rap songs, like the Jay-Z hook on “Bring Em Out” as Varrick “Smitty” Smith and Dave East rap on "Blow That S#%t," “Them rings and things you singin' about, bring 'em out / It's hard to yell with a MAC-12 in your mouth.”

AZ spends a fair amount of time looking back on the past, but never gets stuck in nostalgia. He knows he found his place, rapping on “Found My Niche” about his shift into rap and not letting it go. “Reality rap, shit sick, I found a niche / '94, came with Life's a Bitch,” he raps mentioning his collab with Nas “Life’s A Bitch.” He is all business to not rest on his breakout in 1995, but rather write a new chapter in his career with a powerful tool at his disposal. Almost 30 years in, AZ doesn’t sound ready to give up on music yet, actually sounding as invigorated as ever. Hopefully this will help AZ get his flowers. Pick up the project here.