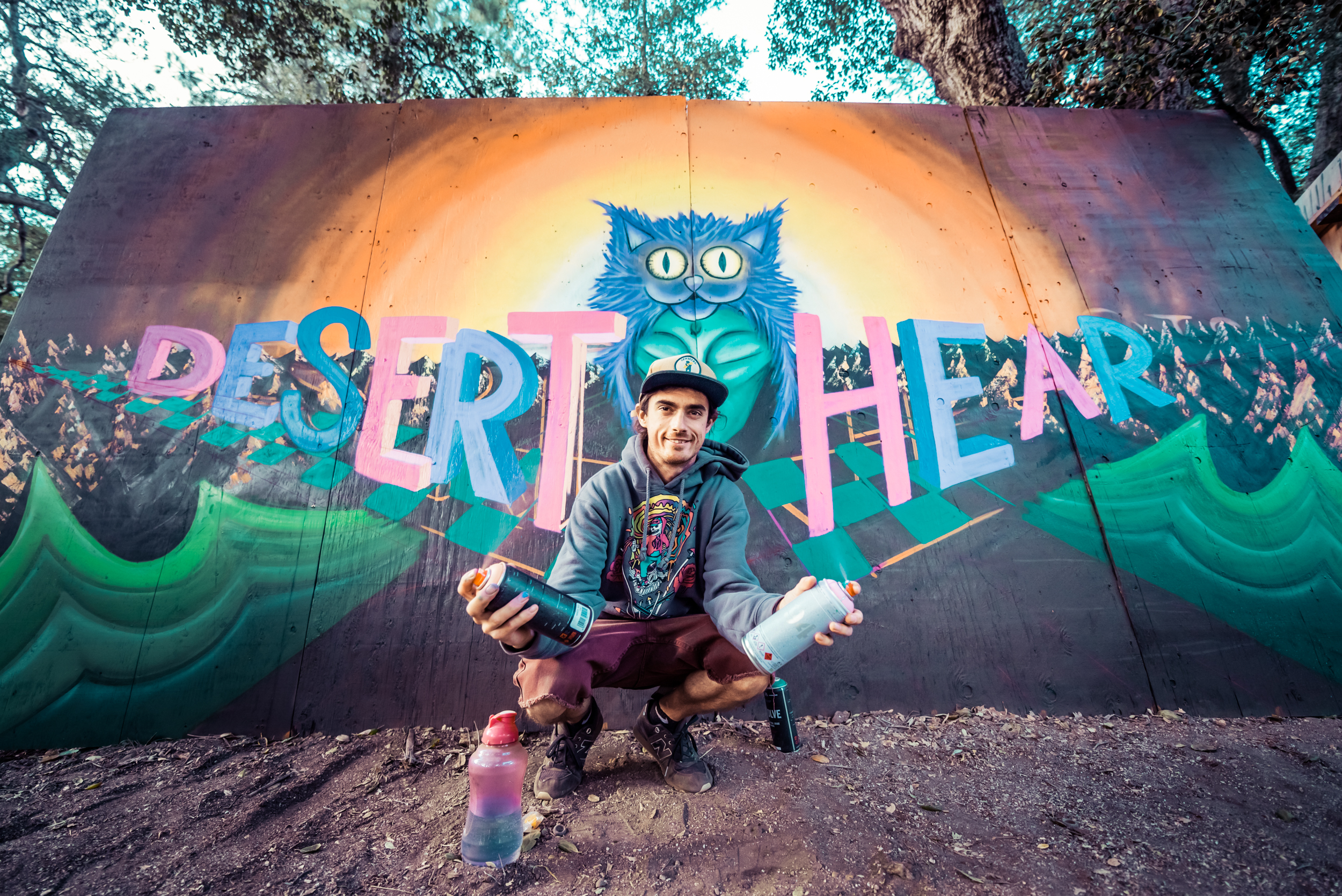 On April 26th, Desert Hearts 2019 developed on to their respected stomping grounds of Los Coyotes Indian Reservation in California. There was music, art, comedy, and most importantly love. This festival is truly like no other. If you’re looking to meet friends, find inspiration, or even just learn more about yourself- then Desert Hearts is highly suggested. DH is a 5,000 person community-based festival that emphasizes togetherness, self- expression, kindness, environmental consciousness and so much more.

Desert Hearts 2019 painted a welcoming and colorful atmosphere for their seventh year.

The festival showcased gifted live painters, an assortment of vendors, performers, and eye-opening art installations. The scenic vibe set the perfect environment for attendees to express themselves as colorful as possible. People came dressed in the most eclectic and vibrant attire which added another layer to this expressive culture. The dance floor was surrounded by sparkly hats, glossy furs, and glowing totems. If you wanted to take a break from dancing, you could watch the talented fire performers and hoopers put on a show. 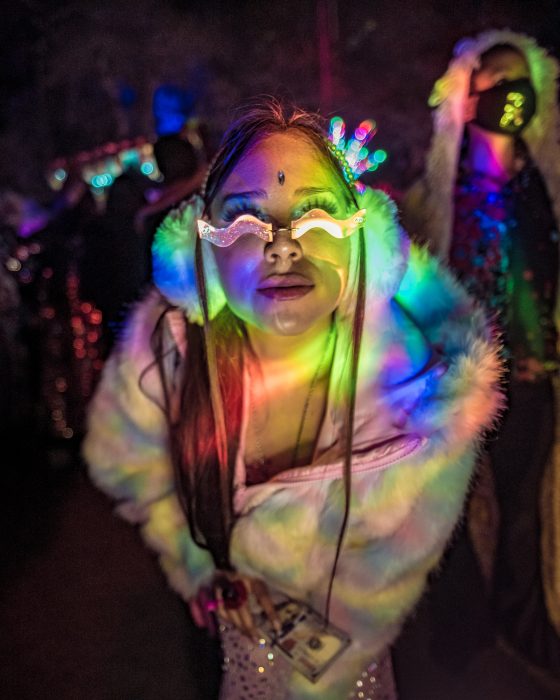 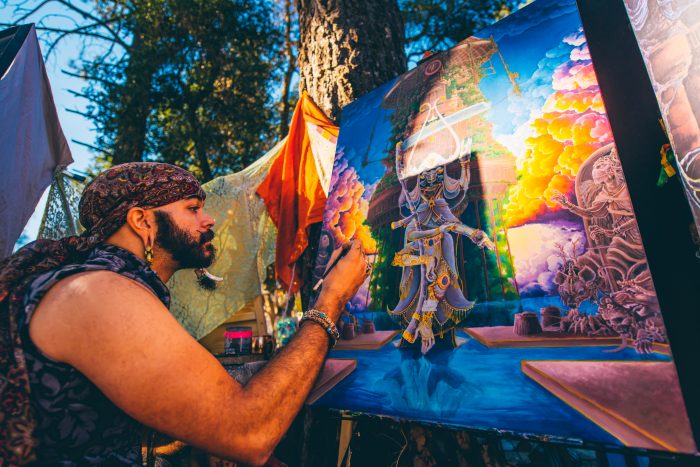 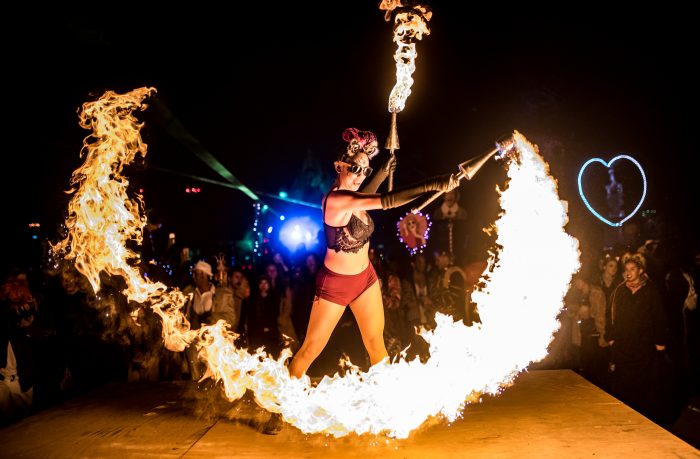 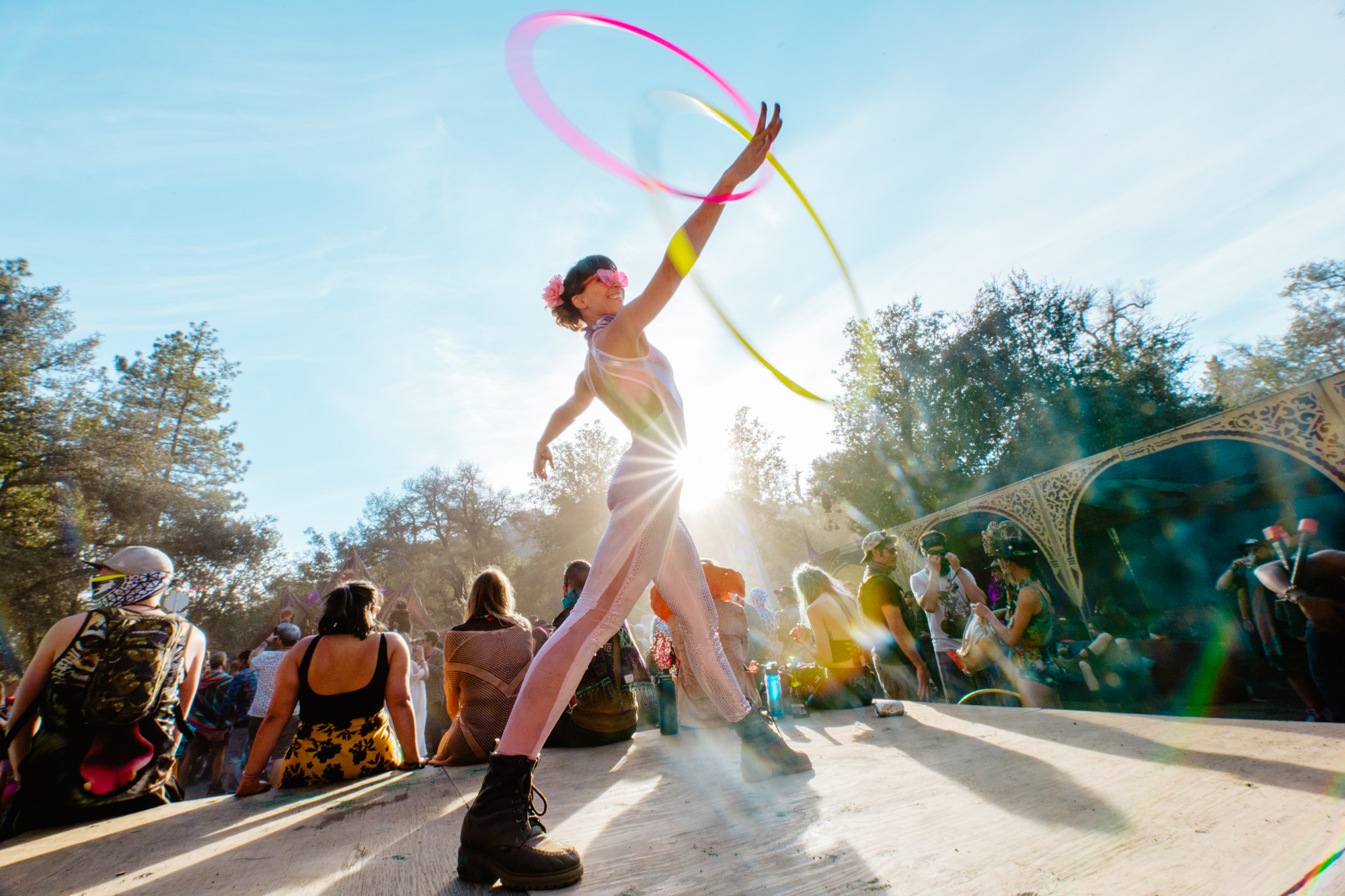 Over the course of four days and three nights the music was endless. On Saturday and Sunday, the stage was non stop for practically 24 hours each day, starting at 8AM and ending at 6AM. The trick is to take strategic naps. It was an underground haven for house and techno lovers, however all fans of any genre were welcome.

The music was centralized at one stage. “One stage, one love” is the embodiment of DH’s community emphasis. Everyone is together, dancing to one beat, vibing along the same flow of energy. At the Desert Hearts crew panel, one of the organizers, Perception discussed the reason they play techno music. She said “it’s like a heartbeat”. It’s a continuous pulse, where words do not even need to be spoken. There’s no language barriers, its body language. It’s self-expression through movement. That energy swims through the crowd, where everyone can all feel this integrated positivity and oneness. 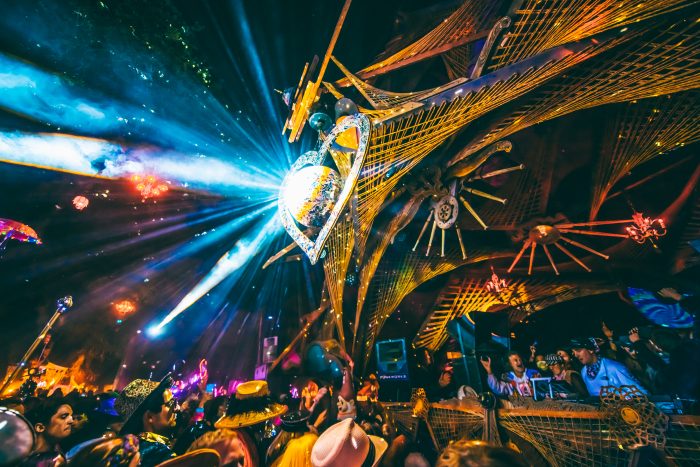 On Friday night Will Clarke shook things up on the dancefloor with bassy hard-hitters and even dropped his latest collab with Bot entitled, “Feeling Good”. He set up a hype crowd which led right into special guest Justin Martin to continue the Dirtybird vibes. A little later Tara Brooks returned for her residency at the festival and played a surreal deep house set that seamlessly weaved right into Rinzen’s sunrise performance. The mau5trap recording artist played a medley of techno and dropped hits from his recent Prologue EP.

During the day on Saturday, Desert Hearts artist, Lubelski performed a bouncy afternoon mix amidst the DH fashion show.

With his infamous, sparkly top hat and his upbeat tech house set Mikey Lion turned the party into second gear at the early evening. Following that, his brother Porky continued the bounce and dropped heat across the dancefloor. Reynolds entranced the hearts of dancers grooving along to his genre bending deep house mix. 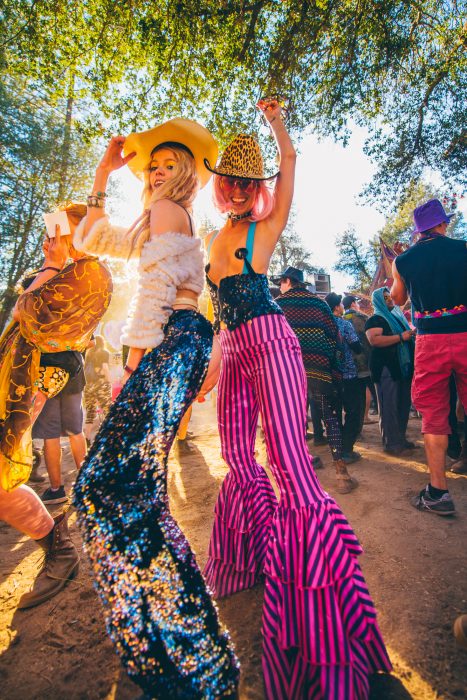 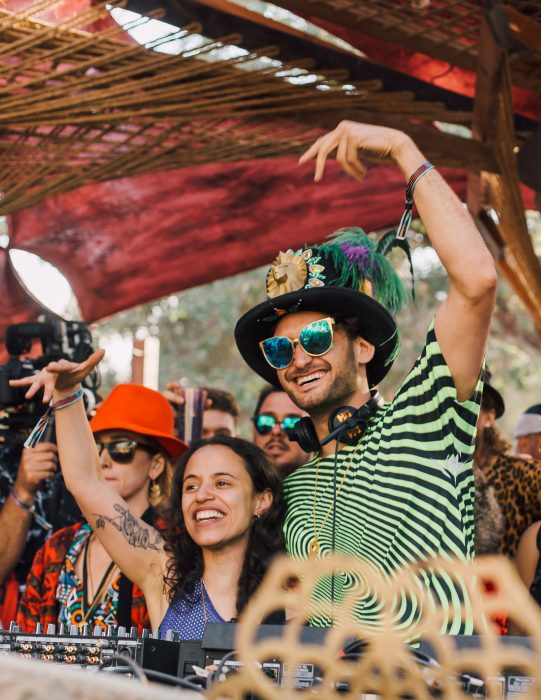 Sunday saw the likes of Doc Martin, Rodriguez Jr., Andreas Henneberg, and many others that each pumped energy into the crowd with their phenomenal sets. Berlin based, Dave Dinger definitely sent some festival-goers to another universe at 4 AM Monday morning with an unworldly experimental house mix. 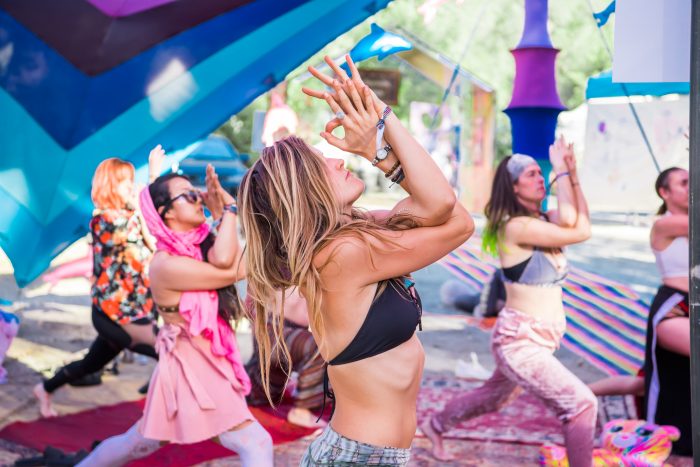 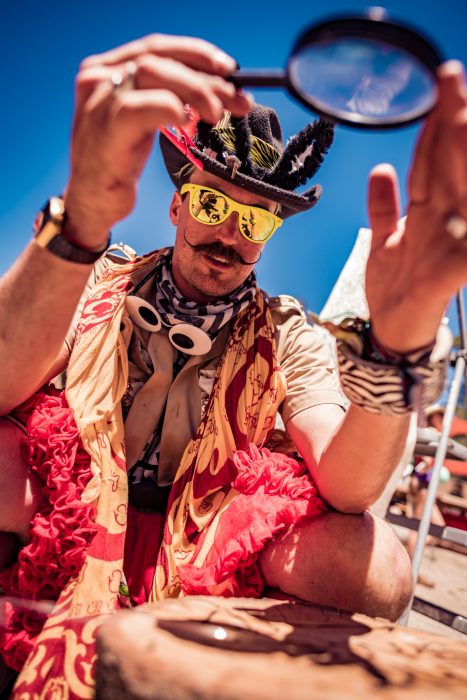 Listen to the Desert Hearts’ Crew Closing Set from 2018: 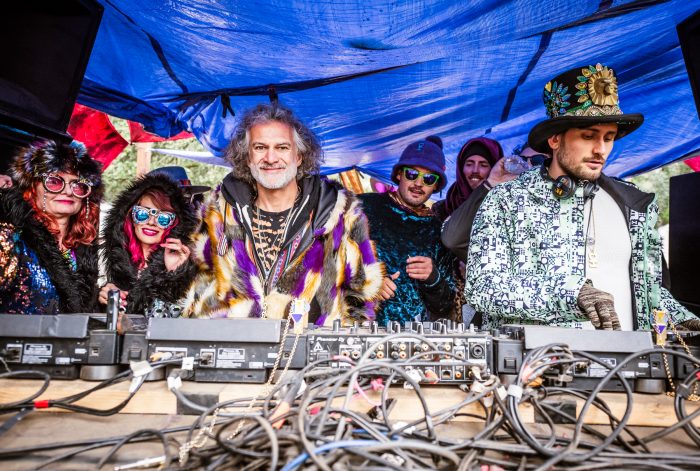