Yellow 'UPS' pills being sold as MDMA at Creamfields were found to contain a stimulant called alpha-PVP, said to cause anxiety, paranoia and hallucinations.

The festival tweeted a warning about it, saying the chemical can cause anxiety, paranoia and hallucinations. 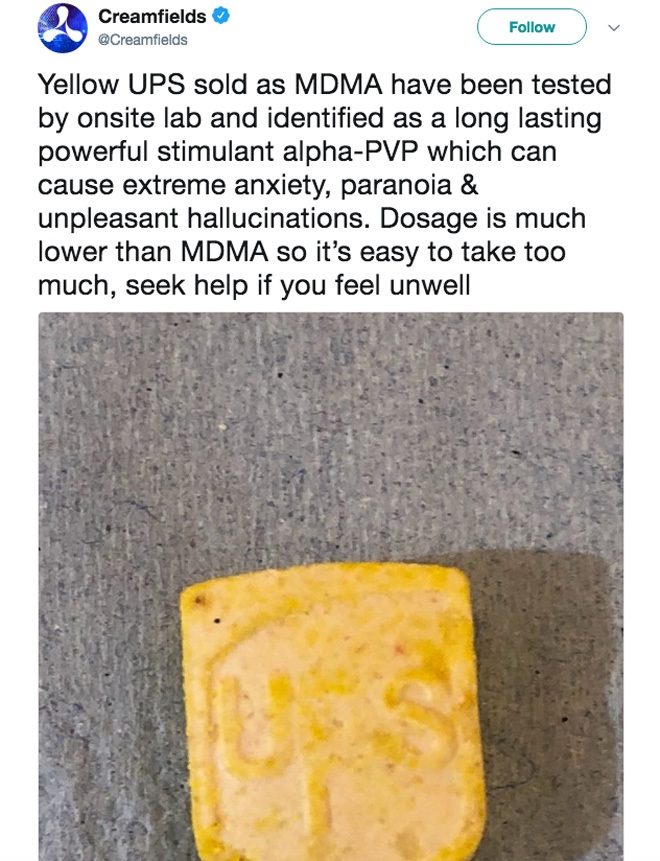 Alpha-PVP, also known as 'flakka', is part of the cathinone family and can cause people to turn aggressive.

Drug testing charity The Loop was at Lost Village Festival in Lincolnshire at the weekend and issued a warning about super strong pink ecstasy pills pressed with the Audi logo.

They were found to contain 330 milligrams of MDMA, which is three times the average dose for an adult. 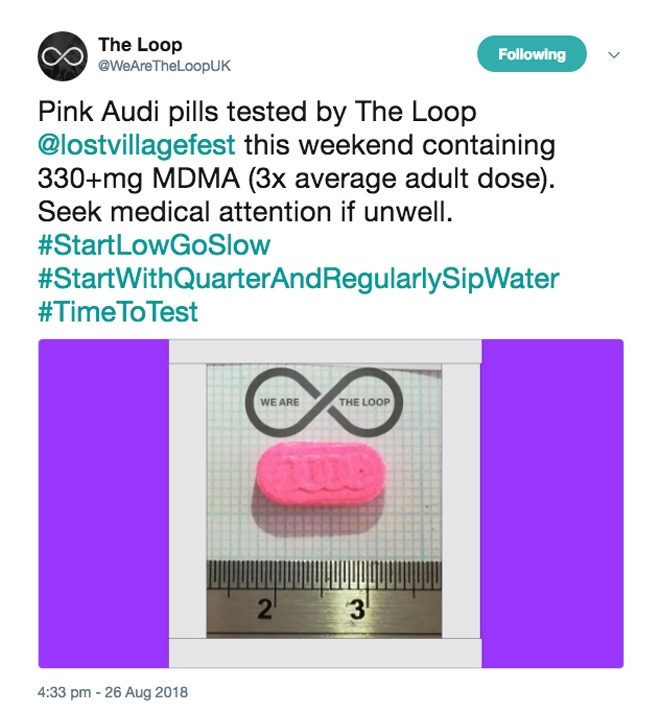 London festival SW4 tweeted out warnings of N-ethylpentylone being in circulation. This is sold as MDMA, but can cause paranoia and insomnia. It was found in 'Super Mario' pills at Boardmasters in Cornwall.

Read this and watch the video below for drug safety advice.