DJ Harvey is back at Pikes Hotel this season with the third round of his popular residency, Mercury Rising. He’s also taken on a new role with the hotel-cum-club as the brand’s Cultural Attaché, designing everything from the lighting to the decor to the food menu (tacos, naturally!) during his eight-week stint. DJ Mag Ibiza meets the coolest cat in dance music to find out more...

DJ Harvey is an enigma. Sporting a handlebar moustache, cascading gold chains and a wardrobe of silk shirts and mink coats, he looks like he could have rolled straight off the set of Fear & Loathing In Las Vegas. Just like his attire, his musical selections are both classy and eclectic, with Harvey’s reputation built on his ultra-long, genre-spanning sets spun in sweat-soaked basements around the globe.

Born in the UK but now living in LA, the much-feted selector is back at Pikes for another season in 2017, after taking over for the last two years with his ultra-popular Mercury Rising residency at the famous club. Fans of Harvey are in for a sublime eight-weeks of disco, house and Balearic sounds this August and September, with Harvey describing Pikes as the “hedonistic heart” of the island.

But it’s not just partying that’s on the cards for Harvey. He’s also set to drop an all-new, hand-crafted compilation under his Mercury Rising brand that’s release will coincide with the start of his Pikes residency. He’s also due to decamp to various other venues in Ibiza throughout the season, playing everywhere from Hi Ibiza to DC-10 before the party calendar wraps up in October.

Ahead of what’s set to be an incredible island season for the dance music legend, DJ Mag Ibiza sits down with the mystery man himself to find out more about his residency, his relationship with Pikes and what constitutes his ultimate Ibiza anthem... 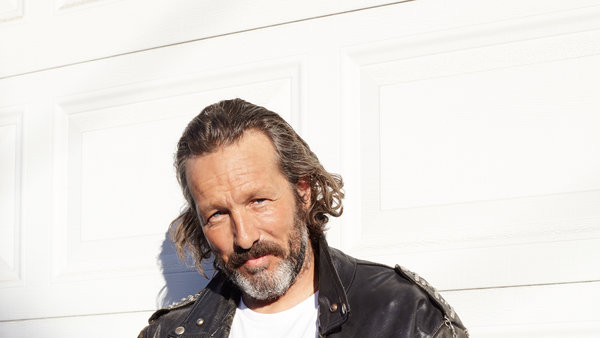 Tell us about the first time you came to the island?
“The first time I went to Ibiza was in 1990, for Charlie Chester’s group club-goers holiday. I DJ'd at Cafe Del Mar and Sumumn — incidentally, both interiors were designed by Lluis Guell. There were some mythical moments that occurred on that trip, ask Pete Hooton of The Farm — just a glimpse of the antics were captured in the documentary, A Short Film About Chilling, from raving at Ku to my first cocktail at Pikes.”

What makes Pikes such a special place?
“This August and September it will be me! Pikes has its foundation at the hedonistic heart of the island with Tony Pike and the long history of grown-up behaviour, now continued by Dawn and Andy with his blessing. The hotel is a platform for all sorts of creative, free and expressive art-forms, music being one of them. It’s a truly inclusive, welcoming place where one can let their freak flag fly.” 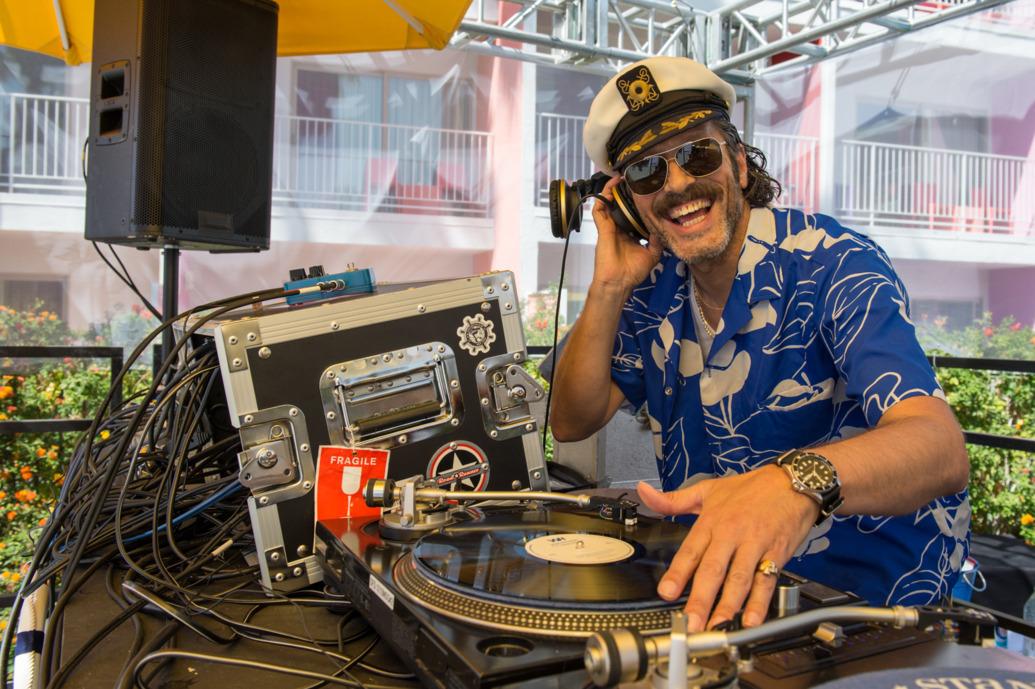 You’ve taken a new role on at Pikes this year — tell us about that?
“Yes, it’s as Cultural Attaché. When I get involved in something I give it my all, from every DJ gig to compilation, to remix and more — it’s a reason why I don’t do as much as some, it takes a lot out of me. I might look like I’m playing records for 10 hours but the pre- and post- that goes into all that is much more. It sounds soppy but I really care about every little detail.

“Pikes saw that in me and invited me to redesign Freddie's room, where my Mercury Rising party happens. I utilized my sound and light relationships to upgrade both for an even better experience than before. I programme the music around the pool, book the DJs that will play before me. I have a relationship with Carhartt and they very kindly throw up a billboard for the night on the island for a couple of months. Obviously I have a lot of help to realize all these mini-dreams, but being involved on this level really is a dream job. I even design the menu of food and drinks that will be served, mostly because if I’m going to be somewhere for a couple of months I need to get good tacos.” 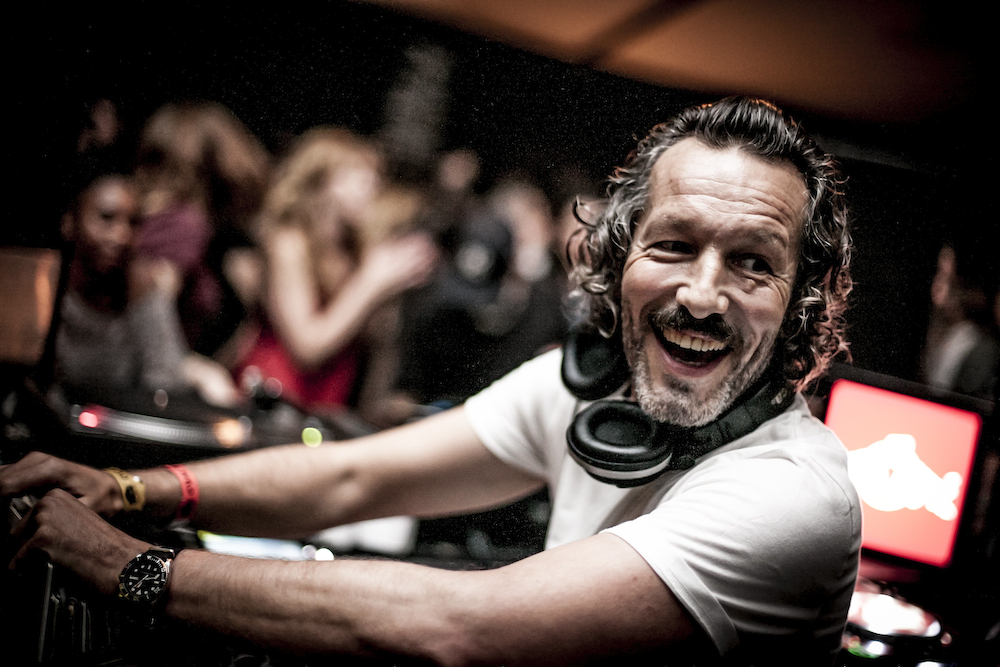 Tell us a secret about the island that no one else knows...
“There are few secrets left on the island, but I take my secrets to the death…”

What do you like to do when you’re not in the booth?
“Generally as little as possible! I like to slip on brightly-coloured Speedos, oil up and lounge around the pool at Pikes reminiscing with Tony Pike and retired band members from ‘80s bands. Aside from that, there’s so much great food to be had on the island, so visiting favourite restaurants or chartering boats and sailing around the Med or to Formenterra for lunch.”

What’s your ultimate Ibiza anthem?
“The one for me is ‘City Lights’ by William Pitt.”

Do you think Ibiza has become too VIP-focused?
“Honestly, nothing has changed that much. Ibiza has always been a playground for the rich, famous and VIP crowds but at the same time a playground for the poor and infamous — that’s the magic of it. I don’t like tables and bottles on dancefloors — beyond that, it’s all good with me!”

You’ve been working on a Mercury Rising comp, talk us through your creative process when compiling tunes…
“The auditioning part starts on the dancefloor! We could fill pages with the process — it involves more people than just me — but the end result is what I want people to just enjoy. The compilation is a taste of Mercury Rising at Pikes.” 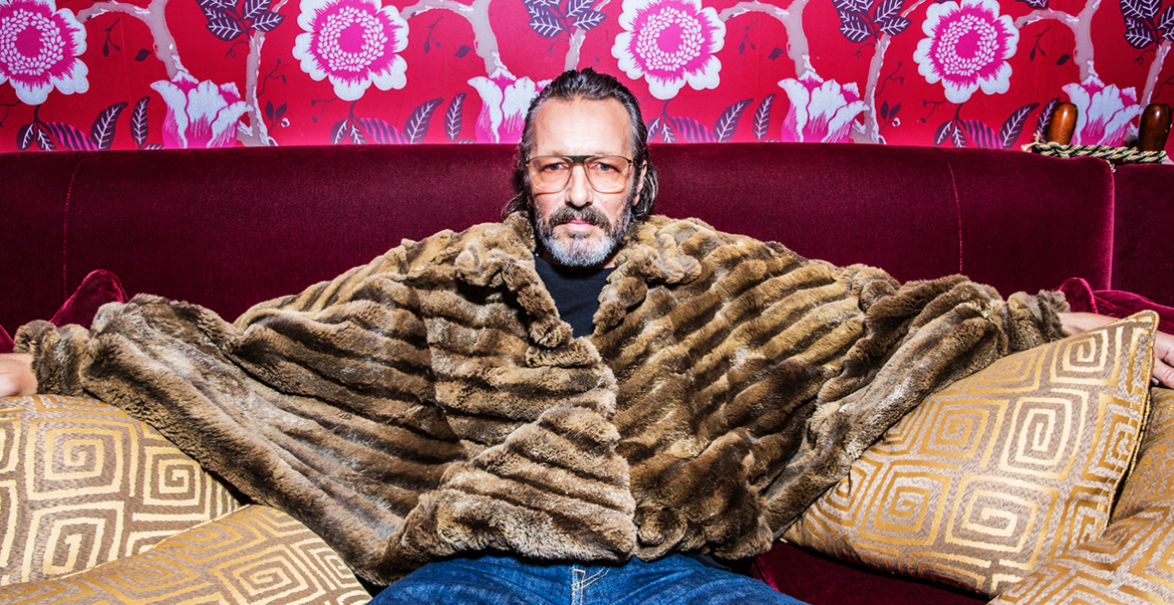 Tell us your three favourite comps that you can listen to over and over again...
“I really don’t listen to compilations, I’m a track-by-track man — still going through the process of playing vinyl at home. But if I did I would listen to ‘Nuggets: Original Artyfacts From The First Psychedelic Era’.”

Outside Ibiza, what shows are you looking forward to this year?
“I’ve had an incredible year — not entering into too much of the merry-go-round, and cherry-picking my favourite places to play including gigs at Ministry Of Sound, Pikes, Berghain, Concrete, Output, and doing various happenings in my hometown of LA just for fun. From DJing to playing at chopper shows with my band, plus playing a secret set of 45s all night long to a bunch of LA club children.

“Right now I’m prepping for and really looking forward to a festival called FYF. It’s done in LA and I’m playing for around five hours each on two days. I’m the only DJ to play both days on two different DJ stages — one outdoor daytime and one late-night on-site club. On the island itself this summer I will play at pretty much all the main venues — Pikes, Pacha, DC-10, Le Torre, Hi Ibiza — and for sure some of the best parties, with all the hip and happening DJs. I just found out I’m nominated in the Ibiza awards for Best House DJ too, which is really nice.” 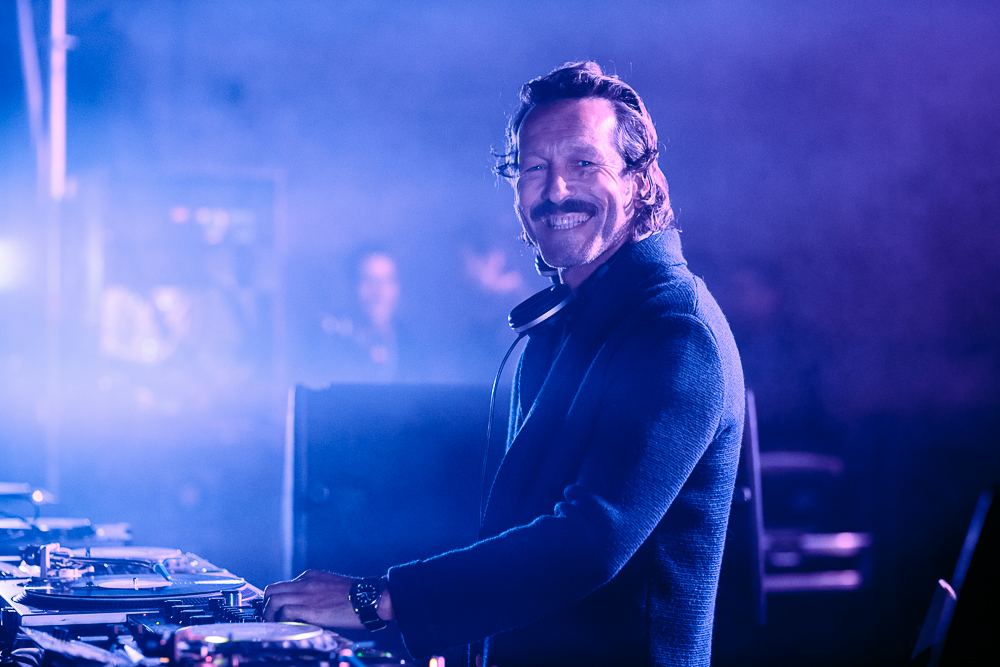 If you could have dinner with three people alive or dead, who would you pick?
“The Beatles — all of them, all at once, including the fifth Beatle.”

* DJ Harvey’s Mercury Rising residency takes over at Pikes Hotel every Monday from August 7th through to September 25th...