The Polish clubbing community has banded together to create an anthology that spans thirty years of techno and dance music in Poland. It will be the first of its kind and will be published in the autumn.

The book is two years in the making. Essays from over 70 of Poland’s most prominent rave artists, festivals, clubs and publishers have been selected for publication to document and describe the evolution of the Polish dance music scene. Previously unpublished photos have also been donated from private archives to illustrate the book.

Read this next: 10 of the best Polish techno tracks

At over 700 pages long, ‘30 Years of the Polish Techno Scene’ will tell the story of those who created the Polish house, techno and drum and bass scenes throughout the years. It focuses on the scenes in big cities like Warsaw and Gdańsk, but also covers the raves that took place on Poland’s beaches and in forests around the country.

It will also examine how the dance music scene has played a part in changing the shape of Poland itself. The press release states that, “although the political climate prevailing in Poland was sometimes bleak, we could learn in clubs what the community and ideals of equality mean in practice.”

Read this next: Poland’s club community is tackling homophobic violence and right-wing bigotry

As a project focused on and organised by the community, the organisers have decided to crowdfund for the means to publish the book.

If you’d like to donate to the publication of ‘30 Years of the Polish Techno Scene’, do so here.

Featured image from the archive of Karola Rombanki 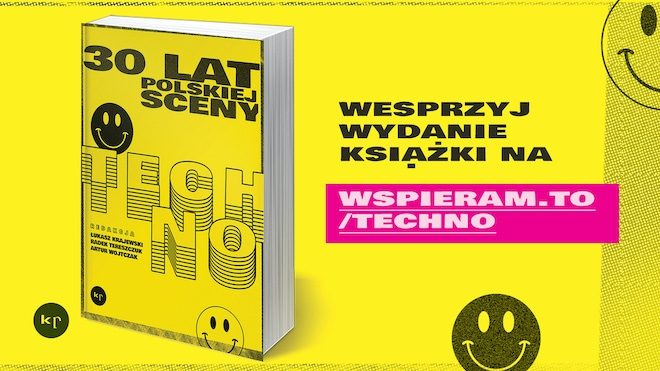