(who played at the inaugural Sun Down Circle event), CC: DISCO! (pictured), Dea Barandana and Belda all lined up; the latter two will play during a video livestream with NYC indie station The Lot Radio.

Barandana explains, "what makes [the event] so special is that this is probably the only festival that embraces the sunset in Bali with forward thinking artists."


The party will start with a gong-led "sound bath" at sunset, which will then be followed by a communal breakfast with famous anthropologist Dr. Lawrence Blair. Afterwards, a Cymatics workship will be hosted at the Sustainism Lab by the Green School's Innovation Hub. 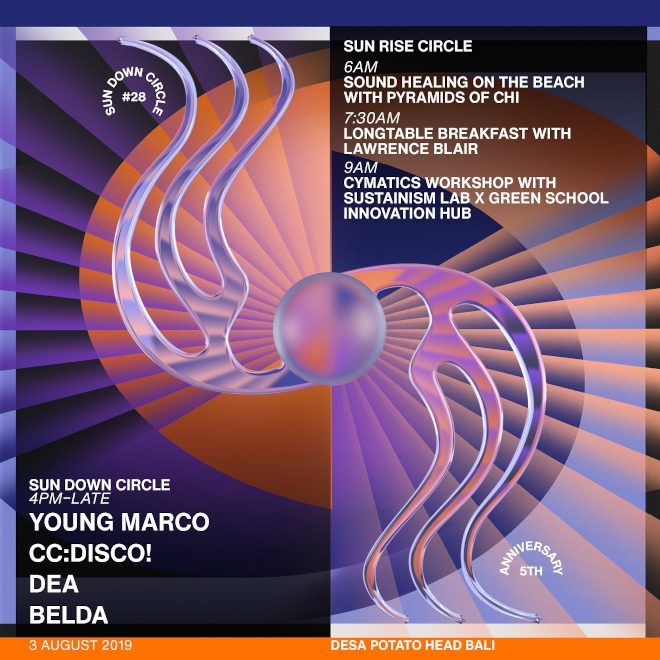 
Dekmantel Selectors focuses in on Young Marco in new documentary
Get to know CC:DISCO!, the champion of 'less chin-stroking, more dancing'
Peggy Gou has released a Hawaiian shirt range