The MC was due to headline the Forest Stage

at the Austrian ski festival, but pulled out after his manager was searched for a weapon, which was not found, by security.

The 'Gang Signs & Prayer' artist and Glastonbury headliner uploaded a series of Instagram Stories detailing why he would no longer be playing and apologising to fans. 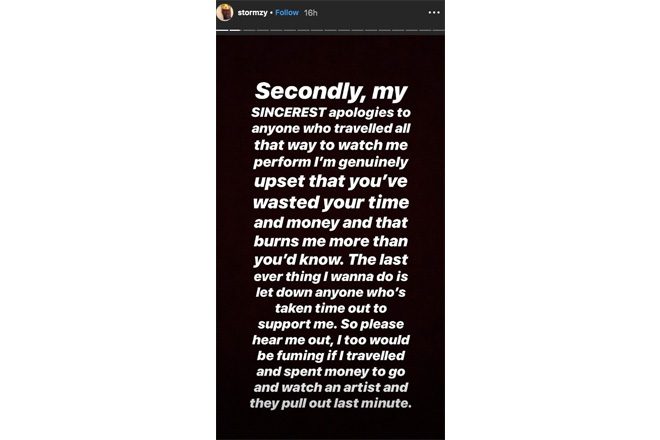 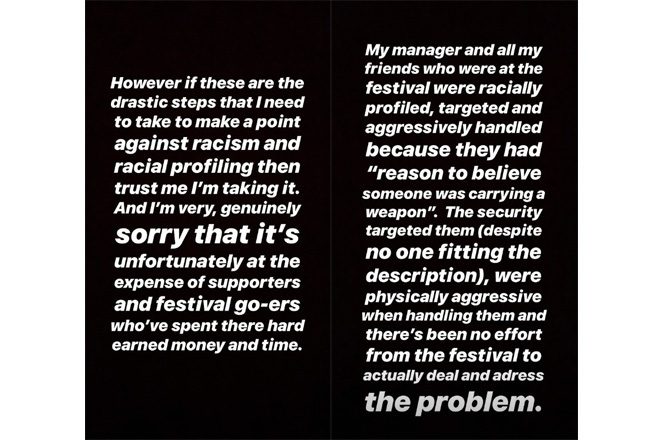 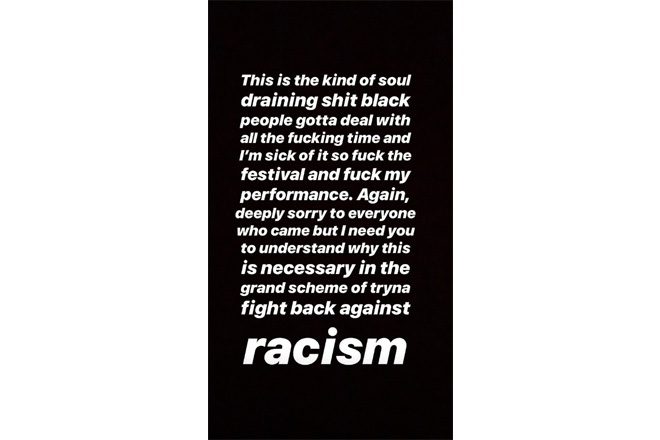 After someone tweeted that the security could have made an "honest mistake", Stormzy outlined that he's experienced harassment too many times for it just to be a mistake. 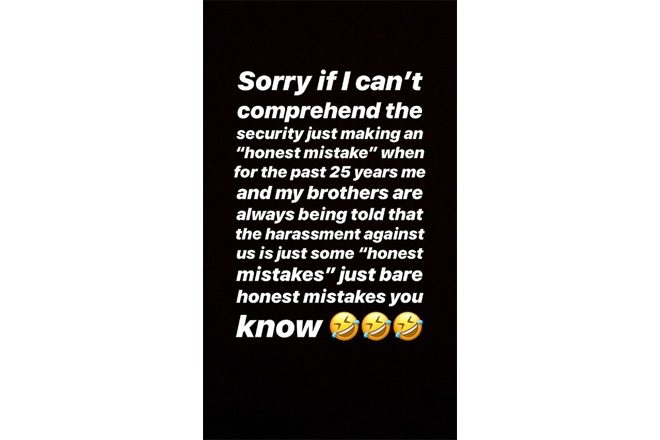 Snowbombing, which takes place in Mayrhofen, issued a statement about the incident on its social media channels.

“Snowbombing regrets to inform you that Stormzy will no longer be performing at the festival this evening. Last night (Wednesday 10th) Snowbombing's security were alerted to the possibility that an individual at the festival was allegedly carrying a weapon.

"In accordance with protocol, a small number of attendees, including Stormzy’s manager were escorted to the nearest exit, searched and no weapon was found. Stormzy's management were unhappy with the manner by which this took place and as a result Stormzy will no longer be performing tonight. This evening's Forest Party will now not go ahead as planned. We are deeply saddened that any individual would feel uncomfortable at Snowbombing.

"Snowbombing would like to wholeheartedly apologise to Stormzy’s team. We are doing everything we can to understand the full situation and are treating this with the utmost seriousness to ensure this does not happen again.”

We have reached out to Snowbombing for a further comment.