Skepta has shared two new tracks titled 'Bullet From A Gun' and Greaze Mode' featuring Nafe Smallz ahead of the release of his fifth studio album, 'Ignorance Is Bliss

The LP, which follows his last full-length award-winning album ‘Konnichiwa

Both of the tracks showcase the two musical and lyrical attitudes that will appear on Skepta's new 13-track album. 'Bullet From A Gun', produced by both Skepta and Ragz Originale, is a focused and reflective track that shows the depth of the grime kingpin's lyricism while 'Greaze Mode' - featuring Luton vocalist Nafe Smallz - is a hard-hitting banger with a turn-up mentality.

The album artwork was photographed by Manu S. Pillai and is shot with a heat-map filter possibly teasing what’s to come in the new album.

Skepta, a new dad, can be seen in the central image holding his child which has got some people thinking much of the album will touch on his new fatherly experiences. 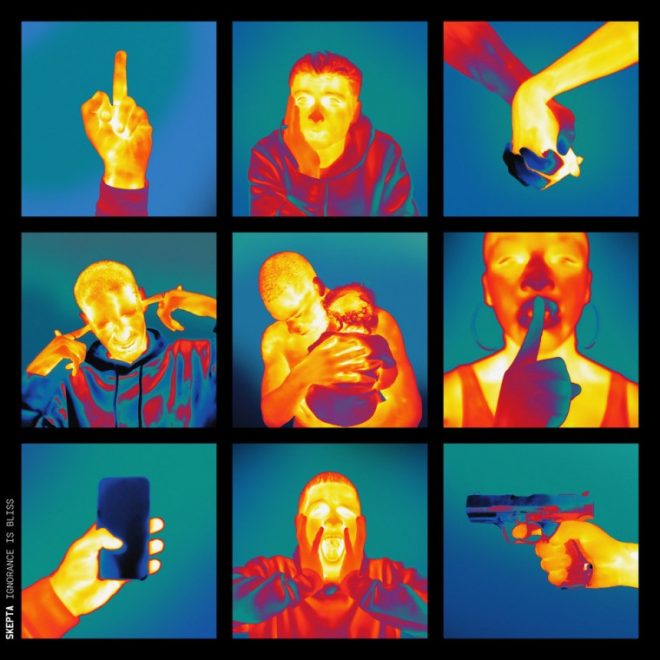