shesaid.so, a global network for women in the music industry, will launch its first self-made conference in August, named MEETSSS.

The event, which coincides with the organisation's fifth anniversary, will take place in Portimão, Algarve, Portugal from October 3-6.

The summit will run alongside several music showcases which will feature local and international artists alike, with a "clear but non-exlusive focus on female-identifying talent."

As part of their flagship MEETSSS event, shesaid.so has partnered up with YouTube Music to create a new mini-mentoring scheme called she.grows. The project will take five mentors from the MEETSS speaker and delegate list and pair them up with five mentees who will take part in the various mentoring activities throughout the four-day conference. The mentees will be selected an open call.

Speakers at the event include: Chidera Eggerue (aka the Slumflower), co-founder of #MuteRKelly and Festival Coordinator at ONE Musicfest in Atlanta, Oronike Odeleye, Jennifer Justice, Alison Wenham, Clare Scivier, Georgia Taglietti, Mariana Duarte Silva and shesaid.so founder Andreea Magdalina and more. Check out the full list of speakers here.

Learn more and apply for the mini-mentoring program she.grows here. 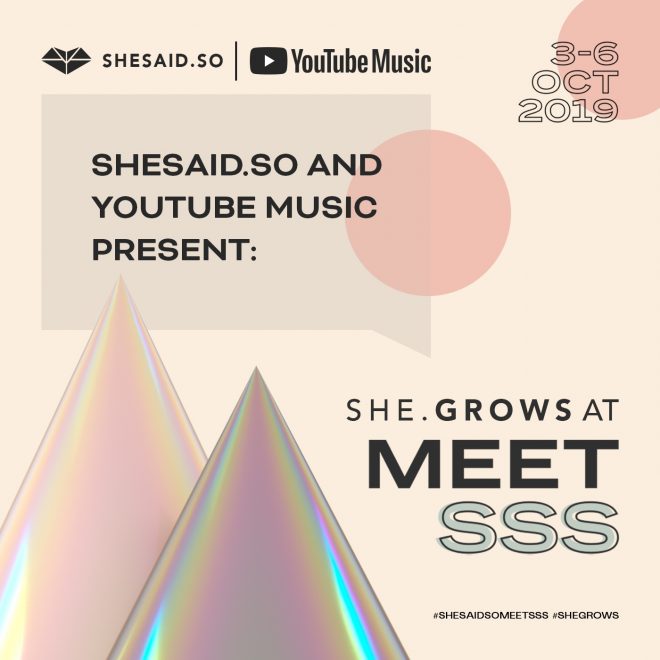 she.said.so will roll out its first international conference in October

Announcing the new she.said.so x Mixmag partnership
IMS Ibiza partners with she.said.so to present 12th edition of annual summit
Get the best of Mixmag direct to your Facebook DMs
Load the next article