have just announced their largest Los Angeles headlining show ever, touching down in the city this coming October.

On October 5, the live electronic band will take over the Los Angeles Historic State Park with support from Bob Moses and Lastlings, a signee of their Rose Avenue Records

In addition, production will be provided by The Do LaB, known for their experiential touch at Coachella and their own festival, Lightning in a Bottle

Tickets will go on sale on May 1 at 10am PST here. 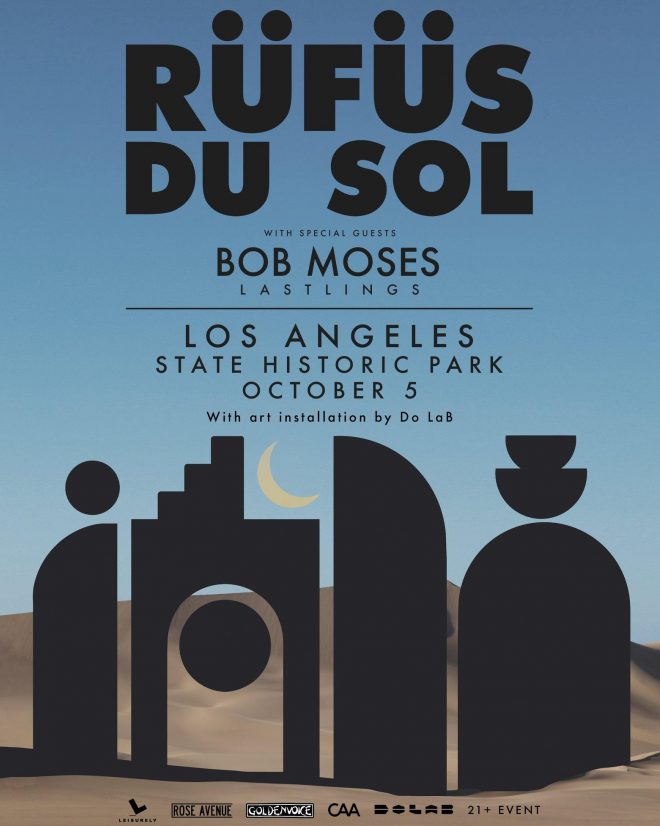 Rüfüs Du Sol are fast becoming one of the world's most popular live electronic acts
The Cover Mix: Rüfüs Du Sol
Lightning in a Bottle is a heavenly melting pot for fearless genre explorers