Rave The Vote had its inaugural edition on July 24, and has been set up as a voter registration and fundraising drive for the Movement for Black Lives in response to the upcoming US elections in November and the ongoing Black Lives Matter protests.

Set up as a collaborative project by DJ duo Soul Clap

, Infamous PR, 2+2 Management and Lost Resort TV, Rave The Vote aims to get the North American dance music community to rally around a common cause and create meaningful change.

Read this next: How DJ activism can actually make a difference in real life

Rave The Vote will be broadcasting the next episode of their online streaming festival on August 14 Lost Resort TV’s Twitch channel from 8pm - 8am BST.

There will be two further editions of Rave The Vote on September 11 and October 2. Its first episode in July featured sets from Ash Lauryn

, DJ Spinna, Louie Vega, Seth Troxler and Venus X.RSVP here and tune in at 8pm BST. Check out the full lineup for August 14 below. 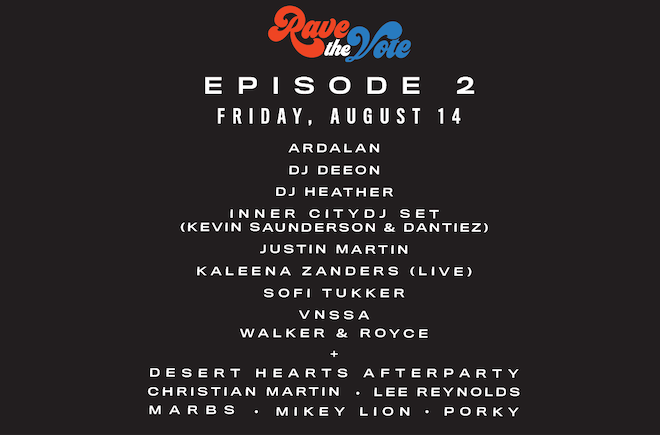