Pinch and Peverelist have released a new compilation featuring cuts from their Tectonic and Livity Sound imprints respectively, ahead of their forthcoming North American tour.

Titled ‘In Deep’, the new 20-track compilation taps into their iconic label back catalogues, with tracks from the likes of Kowton, Walton, Mumdance, Simo Cell, Randomer & Hodge included.

Spanning techno, grime, dubstep, jungle and more, the essential low-end release encapsulates the sounds of the imprints and showcases their talented rosters.

Releasing ahead of the duo’s upcoming North American tour, where the pair will go b2b in cities such as Washington DC, Montreal, Minneapolis, Denver, Seattle, Austin and New York City, 'In Deep’ is available now as both a compilation or as a DJ mix. Grab a copy here.

To find out more about the ‘In Deep’ North American tour check out the tour poster below. 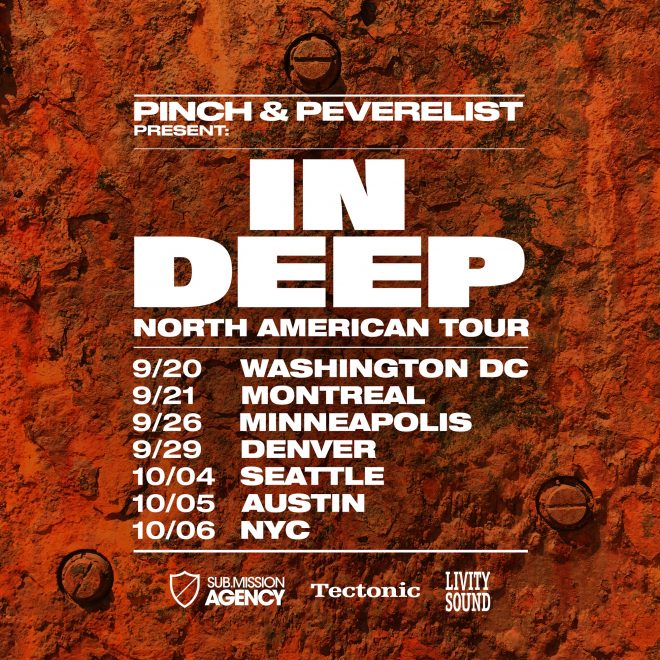