has announced its programming from July to September.

(who will play a jungle set), Red Greg and Nick the Record, Commix and Dan Shake. There will also be a special Trans Pride takeover on the 20th to coincide with the Pride celebrations taking place across Brighton while Foundations and Tropicalé link up on the 26th to present a DJ set from London Afrobeat Collective.

, RAW SILK and more. The rest of the month features sets from Bellaire, Wookie, Posthuman, Kettama, while OFF LICENSE and Foundations will join forces for a night hosted by the magazine.

The venue will also team up with Hidden Herd festival to present Anteros, Kawala, Wooze as well as intimate performances from John Newman, Plastic Mermaids, Animal House and The Beths.

For more information about the listings and to buy tickets, head to the Patterns website. 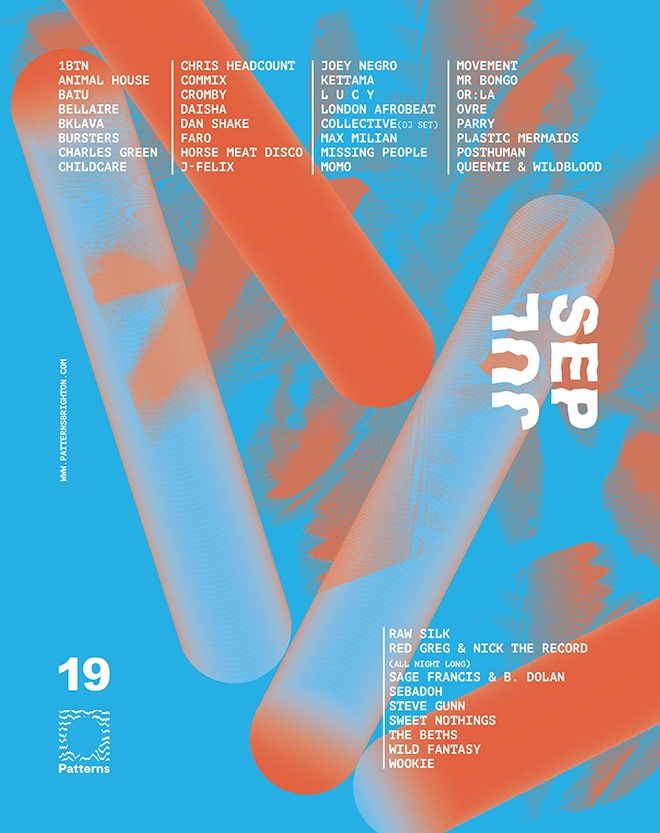