Every now and then DJs experience that “number one fan” who’s essence is captured perfectly in OMNOM‘s weird new house track. OMNOM’s ‘Number One Fan’ is officially out of the vault and ready to sprawl throughout the scene. This may just be OMNOM’s best work yet, but you be the judge.

OMNOM’s ‘Number One Fan’ is out now on Strangelove Recordings. 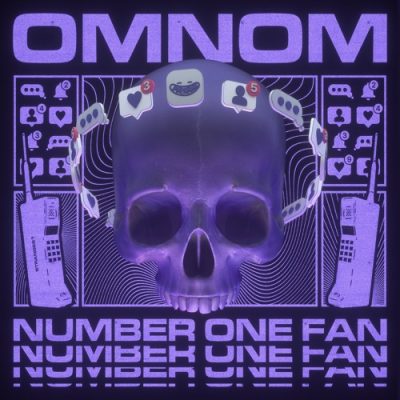 From sets at Electric Forest, Dirtybird Campout, Lightning in a Bottle, HARD Summer and other beloved music festivals, OMNOM is making his presence known, igniting moments on the dance floor that will bring smiles to peoples faces for the rest of their lives. For a man who offers such a good time, we were pleased to get a moment to get to know him a bit through an exclusive interview. 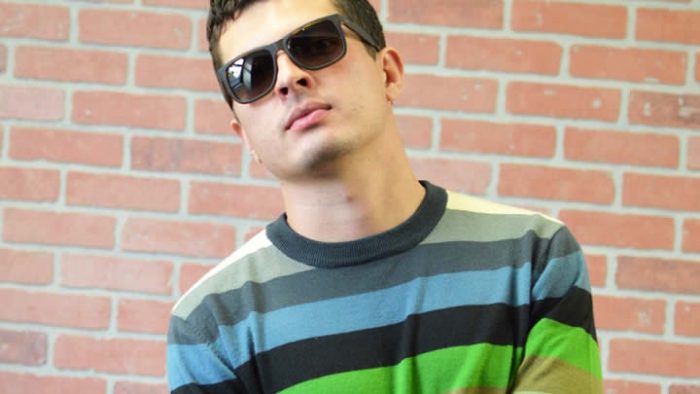 What is your hometown? Do you have any nicknames? If so, how did you earn it?

I am originally from Arcadia, California (s/o 626). And I never really had any nicknames growing up, but then again that’s probably because I wasn’t cool enough to get one back then anyway…

A never have I ever, what is one thing people may be surprised you have never done?

Of all the times in my life where I have been in charge of filling up my own fountain drink, I have never chosen the wrong-sized lid for my cup.

Who or what initially turned you on to electronic music and tech house in particular?

I can trace my interest in electronic music all the way back to when I was 8 years old. I had my mom call in and order an as-seen-on-TV compilation CD called ‘PULSE’ for me. So if you can imagine a 3rd grader sitting in their bedroom listening to “Rhythm Is A Dancer”, “What Is Love”, “Show Me Love”, etc., everything about my personality and life path starts to make a little more sense. Don’t get me wrong, it was a pretty amazing introduction to Dance music back then, but in retrospect it was probably a pretty terrible judgement call on my mom’s part. I definitely should not have been exposed to that sort of black magic with my frontal lobe in such an underdeveloped state. It was pretty hard to relate to other kids my age when I was already hard-wired for bottle service and heavy substance abuse before I had even done my California Mission project.

We are loving this new single ‘Number One Fan’ the beat is unconventional and super infectious. Can you tell us a little about your track writing process especially for, ‘Number One Fan’?

I’ll admit ‘Number One Fan’ is definitely one of my favorite tracks I’ve written, and for someone who hates absolutely every track they make, I feel like that’s saying a lot.

But most producers will tell you that just because it’s their favorite track doesn’t mean it will translate into it being a a favorite of everyone else, so we’ll see how it goes I guess. I think I like NOF so much because it’s just so different from most of the stuff people have been putting out lately, including myself. It really is my first release that I can listen to whenever I want and not get fixated on what I wish I had done, and that’s a very pleasant feeling.

Many of the tracks I write are centered around one or two lines of catchy vocals, so the process of writing actual verses of lyrics was a challenge for me, but I ended up enjoying it very much. It’s also been pretty funny to see how many people have been able to relate to some of the themes I explore in the track, especially my DJ friends. A lot of the DJ’s who I sent the track to have told me that they know exactly who I am referencing in it, even though it’s not about a specific person or anything. I think just about every DJ with a devoted following has encountered the Number One Fan at some point.

If we’re being completely honest here, I’ll admit that most of the music writing process isn’t very enjoyable for me. In fact, I find it to be very frustrating most of the time. I’m painfully aware of the fact that I still know very little about the production side of things compared to a lot of my peers, so I constantly find myself diagnosing all of my shortcomings when I’m in the studio rather than focusing on my songwriting. I think acute self-awareness is a good trait to have, but it really is a pain sometimes.

I’d say one of the most gratifying moments of the creative process doesn’t come until I finally revisit one of my tracks after a few months after finishing it. When I’ve had enough time to forget all of the little details I’d spent hours nitpicking in the studio and I can just listen to the track as a whole. It’s kinda cool to hear all of the little nuances that I put in there and kinda forgot about.  And I sit there thinking “wow, that was pretty cute. I could never come up with something like that…”

I know a lot of musicians always say that watching the people in the crowd singing the lyrics that they’ve written is pretty cool, but I find it very eerie/creepy, not quite sure why. I mean in theory that’s pretty awesome, but kinda eerie too, no?

‘Number One Fan’ is a Strangelove release, a label out of London. Can you tell us a little about them and how you became connected? 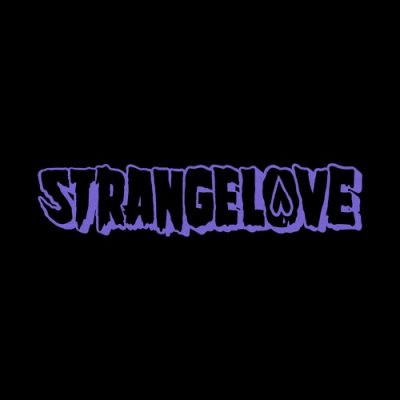 My first exposure to Strangelove was in 2017 when I heard Franklyn Watts’ track (oops I mean *Noise Frenzy’s* track 😅)  “Like Dat”. I really just dug the whole creepy aesthetic of the label, kind of like Toolroom’s rebellious, demented, possibly emo?, son. And for being such an underground label, they’ve released so many tracks that I play in my sets all the time: Karuva “Can’t Stop Won’t Stop”, Bruno & Ciszak “I Don’t Care”, Steady Rock “Big Ol Booty”, Astronomar “Navy Cheeto” to name just a few.

So understandably, releasing on Strangelove had been a goal of mine for quite a while, but the real watershed moment came in January when the label manager, Callum, reached out to me email seeing if I would be interested in putting a track out with them this year. I knew I had the perfect track to send to him for consideration, and luckily he took a liking to ‘Number One Fan’. Ever since then, he has been an absolute dream to work with on the release. He’s been amazingly cooperative and receptive to any ideas we came to him with regarding the album art, teaser videos, etc. and that has made the whole process so much more gratifying as a whole. I will definitely be working with Strangelove again in the future!

You recently released an official remix of Kyle Watson’s ‘You Boy’. How did you get to know Kyle? How is that relationship?

I first met Kyle at Electric Forest 2018, where I was a last-minute addition to the This Ain’t Bristol takeover at the Forest Stage (RIP). I actually took a picture with him that day but my phone had some catastrophic water damage a week later, and I lost all of my photos. As far as our relationship has gone since then, we’re still working on the long-distance thing. He messages me once in a while, likes a few of my photos on Instagram, and calls me a ‘slut’ every now and then. So I guess you can say we’re in a perfectly normal relationship by 2019 standards. Just don’t tell his wife, Natasha.

You have touched at major festivals, from Lightning In A Bottle and Dirtybird Campout to HARD Summer and EF, what goes into preparing a set for these festivals? Do you have any pre-set rituals? What tracks have you been dropping lately that really get the dance floor going? 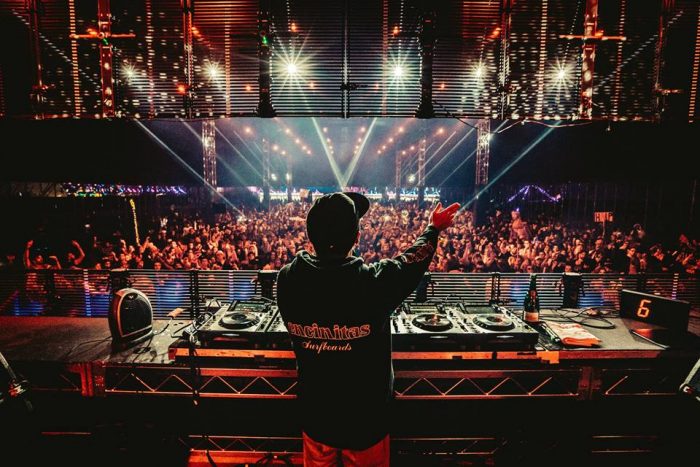 I’m definitely against having an entire set completely planned out, BUT I’m also very against going into a set without a gameplan. So I have a playlist of about 60 tracks that I’m constantly tweaking and updating every week, and then I sort of just draw from that on the fly. I’ve got some pretty slick transitions and drop switches that I’ve fine-tuned over time, so those usually make an appearance in my sets because they always make the crowd freak out. But the more I get attached to those set transitions, the more my sets start to sound similar or feel rehearsed. So I’m always trying to come up with new ones and retiring the old, however difficult that may be.

One track in particular that always seems to kick the party up a notch is Astronomar’s remix of Codes’ “Baby” (out on Codes’ new label Holy Molé). Been playing that one a lot lately. Some other tracks that never fail to get the crowd going include some new IDs from Wyatt Marshall, Sven Lochenhoer, and Steady Rock.

“Number One Fan” has gained a sort of cult following (*insert irony here*) so it always does pretty well in my sets, I can’t wait for it to finally be set loose on the world because now the general population will finally be exposed to it and not just my more astute followers, so I expect we’re all going to have a lot more fun with it in my sets from now on.

Any final words of wisdom or announcements you would like our readers to know?

Yes, I’m going to Dirtybird Campout. No, I’m not going to play at your renegade.

Good man, thanks for the fun chat and letting us in a little. We look forward to finding out where the OMNOM spaceship takes us next. 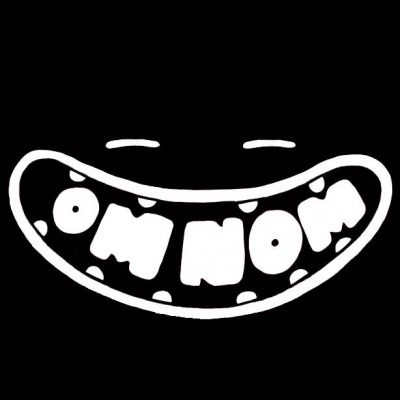