MDMA can apparently be comedown-free, research says, producing an “afterglow” instead of a severe mood drop caused by a lack of serotonin.

Dr. Ben Sessa, a Bristol-based addictions psychiatrist, MDMA psychotherapist and psychedelic researcher, states that with medical MDMA use, there is no “post-dosing mood drop” making the well-known dreadful comedown “an artefact of sleep loss, excessive exercise and concomitant drug use.”

Earlier this year, Dr. Sessa published a research study that took place at the Imperial College London, where he began clinical trials

for the treatment of alcoholism through the use of MDMA-assisted therapy. The researchers said they would use the study as a jumping-off point for further trials, and to devise additional studies using a placebo drug to see if the MDMA actually has an effect. 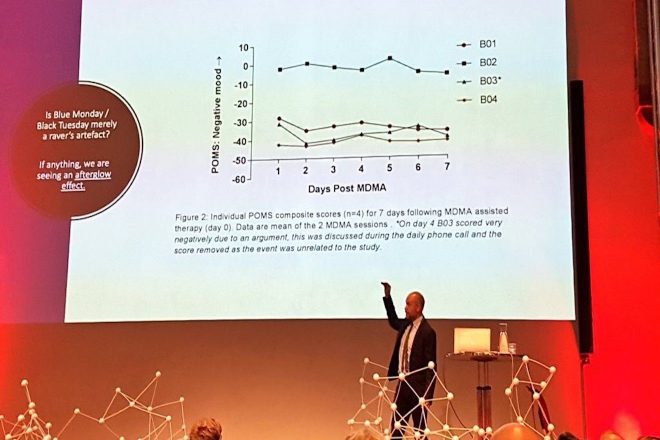 Clinical study using MDMA to treat alcoholism yields promising results
We went undercover in a Chinese MDMA factory
Ecstasy island: this is the story of how MDMA reached the UK in 1988
Get the best of Mixmag direct to your Facebook DMs