The album takes translation and linguistic comprehension as its theme, exploring the relationships between acquired languages and a mother tongue. As a result, the album is idiosyncratically disjointed, conveying meaning in roundabout ways but always packing a punch.

Read this next: The 120 best tracks of the decade

The LP’s cover shows a German translation of a Samuel Beckett quote, originally in French: “Parce que c’est plus facile d’écrire sans style”, or “because it’s easier to write without style”.

Whities is a renowned eclectic techno label based in London, and has recently released EPs from Happa, Neinzer and Forest Drive West.

Read this next: In Session: Happa

Ahead of the album’s release, Minor Science has released lead single ‘Blue Deal’, a scattered and erratic techno offering that takes you along through its meanders and sidetracks to finally communicate a great well of emotional depth.

Listen to ‘Blue Deal’ on Bandcamp here, where you can also preorder the album. 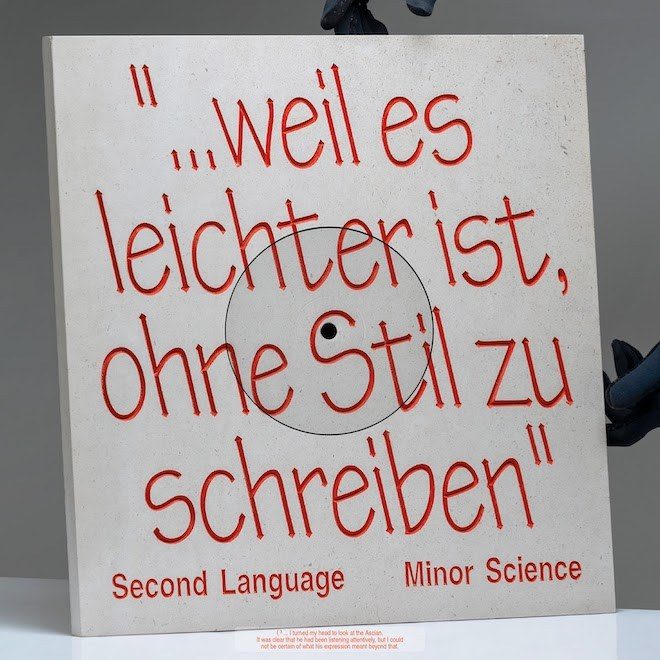