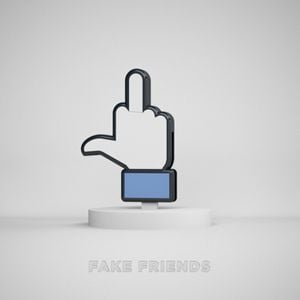 With social media being so popular with our generation, there is a big increase internet drama between users. LAXX has dedicated his new debut album to target these issues. His new album is called ‘Fake Friends‘ and is set to release this Friday but in the mean time, LAXX has just released his newest single to give us a sneak peek into his new album. His new track, ‘High From It‘,  features Belle Humble on the vocals and presents a very heavy dubstep drop. LAXX’s skills in producing nasty dubstep tracks is no surprise to anyone. His skills has been put on display in his previous works including ‘Noise’, ‘Global’ and his remix Jauz’s ‘Alpha’. You can check out his new track, ‘High From It’ below and be sure to be on a look out for this new album, ‘‘, out this Friday.