Electronic music spearhead, Kaskade makes his celebrated debut on Monstercat with Australian producer WILL K and their high-energy single, ‘Flip Reset’. The release arrives with the announcement of a full EP to come from Kaskade , as part of his multi-track deal with Monstercat and a new partnership with Rocket League Season 2 by Psyonix.

‘Flip Reset’ and Kaskade’s entire upcoming EP will be appropriately available as a Player Anthem in Rocket League Season 2, a new customization option that will allow players to select the music that plays in the Arena after scoring a goal. The feel good single begins with a tech house beat, then breaks out into bright vocals before WILL K’s notorious touch drives the beat deeper. This track is how Kaskade has become one of the artists who introduced now-veteran dance music listeners to the genre. 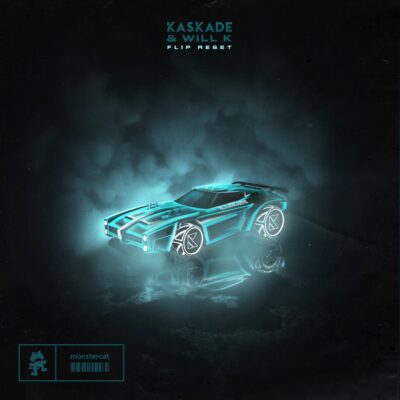 The 7 time Grammy-nominated, the first DJ to ever secure a Las Vegas residency, the only DJ to have played the Grand Canyon West Skywalk, and the first electronic artist to headline Coachella, Kaskade, sheds light on the nostalgia that ‘Flip Reset’ evokes for him:

As a kid who grew up on a steady diet of arcades and video games, it’s only right that I finally get to team up with Monstercat and Rocket League! Being able to create music (and get my own in-game items) exclusively for this season has stoked the kid in me that has always considered video games the ultimate threshold for cool. I hope you enjoy playing and it’s time to put those speakers to work. Turn it up!

Only months into 2020, and Kaskade has released a REDUX EP, and multiple singles to alleviate quarantine stress for his audience. While never forget about some of his greats, ‘Tight’ and ‘Fakin It’.

Founded in Canada in 2011, Monstercat continues to grow branches with their own festival, Compound, live radio program Call of the Wild, reaching 3 Million listeners weekly through its syndication partnerships across 30+ global networks including SiriusXM, and popular, non-stop livestreaming platform Twitch.