Human Traffic Live has been postponed.

Presented by A Lost Weekend, Human Traffic Live was due to begin on May 22 at Printworks, with the likes of Paul Oakenfold, Sweet Female Attitude, Geeneus, Altern-8 and more due to perform.

Read this next: Carl Cox: "Police used to used to tap my phone my phone and intercept my van on the way to parties"

The event, which was due to run until June, was set to entail live shows, club shows, a theatrical experience, a '90s-themed exhibition and more.

Carl Cox's legendary Human Traffic character Pablo Hassan was due to make a return and Coxy's issued a statement regarding the immersive experience. 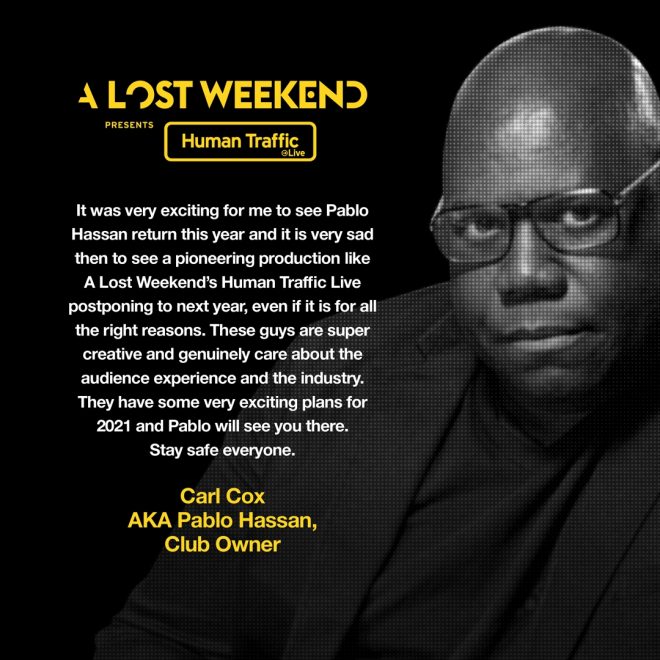 Read this next: The essence of club culture is at the heart of Human Traffic - and that's why it's still relevant today


Human Traffic Live also released a statement, saying it has some "wild plans" for when it eventually takes place. 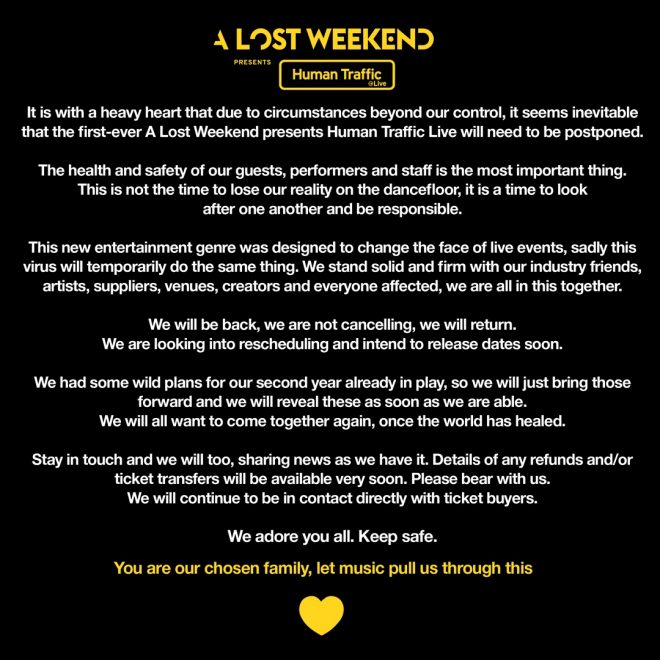 Pete Tong was onboard as Human Traffic Live's Musical Director having compiled the soundtrack for the film. Read our recent interview with him here.

Head to A Lost Weekend's website for more information.