Austin, Texas welcomes a new contender to its scene called Seismic Festival, an event designed especially with house and techno aficionados in mind. Organized by local promoters RealMusic Events, the two-day event is taking advantage of the one-of-a-kind environment at the luscious Carson Creek Ranch with three stages and plenty of dancefloor-ready talent.

Mixmag streams of Seismic sets are coming, so be sure to stay tuned on Facebook and on MixmagTV.

Find the full line-up below and secure your tickets here. 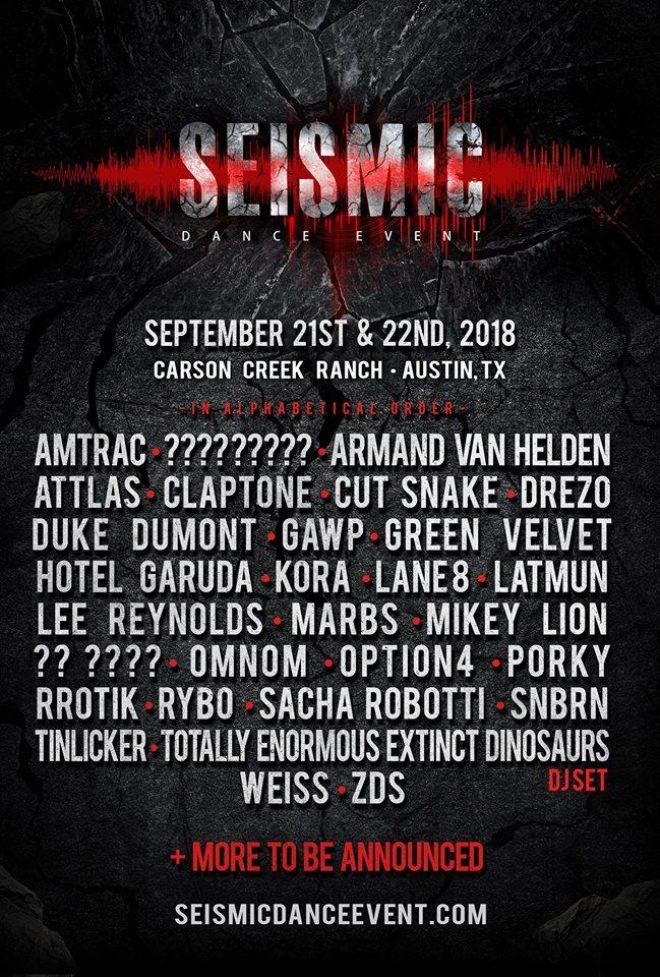