Galcher Lustwerk, Cleveland-raised and New York-based DJ and producer, is set to release his next album, ‘Information’ on November 22 Ghostly International, a record label known for its genre-less, experimental electronic artists.

Coinciding with his hazy, hypnotic hip-hop house theme, Lustwerk’s 'Information' is a more curated selection of this character. He explains, “Being from the midwest and with Ghostly putting it out, I think it’s fitting to cull together my most midwest-minded, ‘hookier’ tracks.” Lustwerk further summarizes the general concept for his 12-track album stating, “Information doesn’t equal knowledge, though we may be getting facts, the truth may not be clear.”

Read this next: Analogue has teamed up with Ghostly International to bring limited edition SNES

This will be his first release on Ghostly International. His previous album, '200% GALCHER,' was released on Lustwerk Music, an underground label created for both his and his friend’s releases.

Read this next: Galcher Lustwerk revs up his Road Hog for his latest release

For now, check out the music video for the album’s lead single, 'Cig Angel', below.

You can also pre-order the full album here. 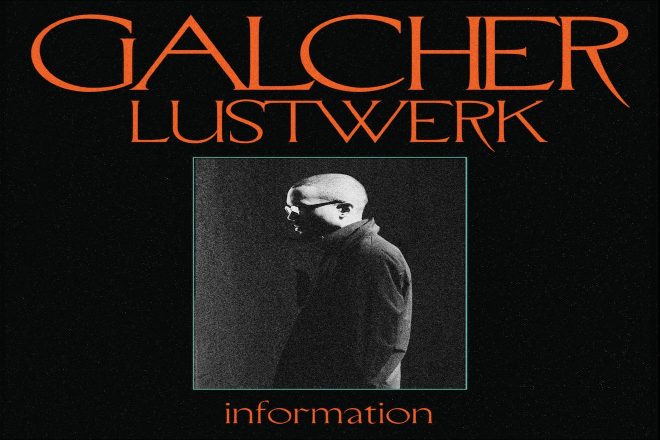 Read this next: Get the best of Mixmag directly to your Facebook DMs