, which he launched back in 2011, Guerrini’s new label aims to meld “the sonic landscape and aesthetic side of hardcore and post-rave cultures” with the “contemporary culture of music and art”.

The first release on the label is titled Hardcore Soul, and lands as a book as a mixtape. Guerrini collaborated with legendary British photographer Ewen Spencer on the book, which also features Turner Prize-winning artist Mark Leckey.

“We met for the first time in London in 2017 and spent the night at a Dalston pub talking about Northern Soul and Hardcore-Gabber, both fascinated by our different backgrounds,” says Guerrini, said on his collaboration with Spencer. “Having seen his series on Northern Soul

weekenders and Hardcore raves, shot over period of several years, the idea to create something together came very naturally, emerging out of these two seemingly dissimilar scenes.”

“This is how Hardcore Soul was born – a publication that explores the analogies between two worlds, appearing as they do entirely at odds with one another, yet through a shared devotion, rhythmic frenzy and euphoria, both offering on-lookers a key to understanding them.”

Hardcore Soul is scheduled to be released on May 19, with only 500 books and 50 cassette mixtapes on sale. Berlin ravers can also check out the launch event at Berlin Art week on April 26.

Find out more about the project here, and tune into the mixtape below.

Read this next!
20 gabber rave photos that will make you want to party like it’s 1999 BPM 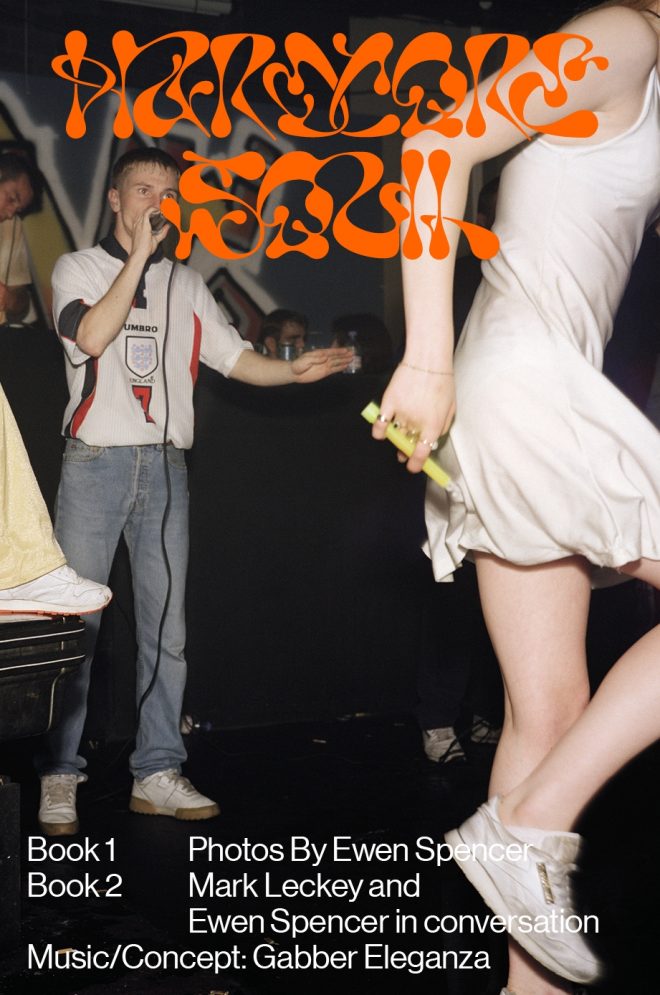