Artists joining the former Mixmag Cover Star during his residency include &ME, Adam Port, Andrea Oliva, Bedouin, The Black Madonna

The party kicks off on May 25, where he is joined by Guy Gerber, Da Capo

, DJ Angelo, Lazare Hoche and Salomé; we checked out his belting opening party last year, which you can read about here.

Black Coffee has been a resident at the club since it opened in 2017.

will be playing two dates at the club this August.

Black Coffee’s residency at Hï Ibiza will run every Saturday from May 25 to October 2. Tickets can be bought here. 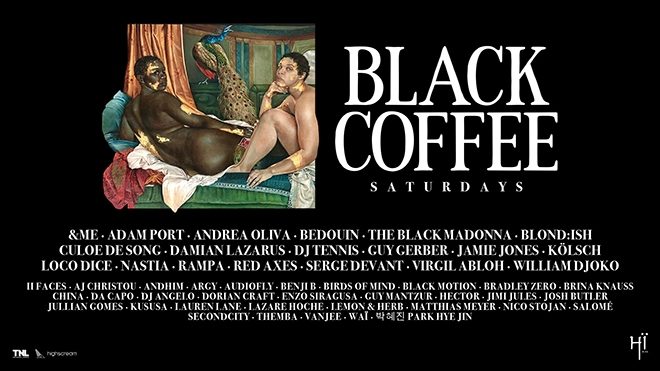