has announced a series of 'FOLD presents' events, which includes a Workshop Records showcase on July 6.

Kassem Mosse (pictured) and Lowtec will play a live set under their collaborative moniker, Kolorit, while imprint mainstay Even Tuell and label newcomer Viola Klein will also DJ at the event.

On June 15, the club connects with Loose Lips to bring R&S and Tresor legend The Mover to London for the first time in 25 years. He will be joined by M.E.S.H., Astrid Gnosis, TREMORS TV, Sultan Shakes and Voicedrone.

The series kicked off on June 5 with a Bipolar Disorder Rec showcase that featured performances from Umwelt, JKS & Mayeul, Introversion, Mercury 200 and James Newmarch.

, that includes footage of the club and its punters and interview snippets with the team behind FOLD and attendant DJs, such as Skee Mask and Tasha who both played at the Ilian Tape takeover in February. 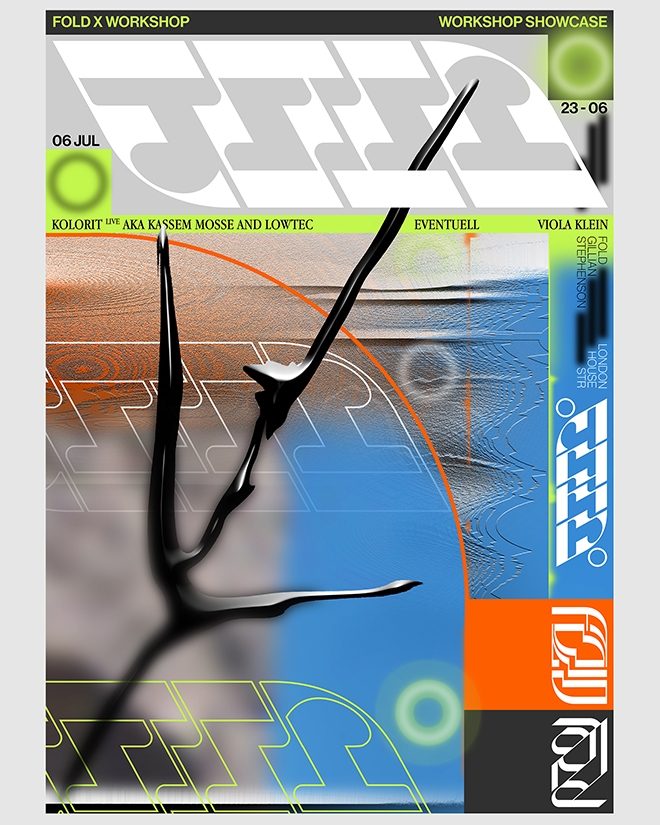