Flash has announced its third season in Ibiza with a series of parties at Pikes throughout the season.

Read this next: Tony Pikes’ hedonistic lifestyle made him an Ibiza legend

Across five monthly parties, Flash will build on its reputation as the island’s go-to night for those looking for a big queer-friendly night out. London-based queer party Adonis will partner with Flash for the opening party on May 22. Homoelectric will take over the party on June 12.

Read this next: Why Adonis is doing the queer underground proud

’s Nightclubbing will also take over for a night, as will Milan’s Club Domani.

With this year’s parties, organiser Guy Williams says, “it’s about showcasing nights that have the same ethos as myself and Flash, but getting a bit of different flavour from around Europe too.”

See the full lineup and flyer below. 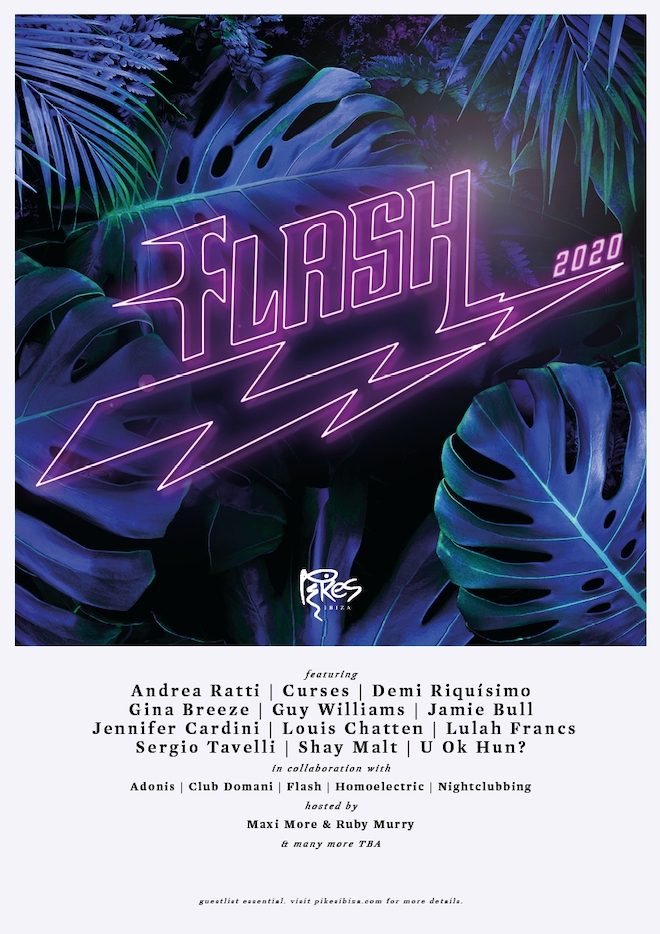