Dexplicit has announced the release of a new EP ‘Digital Monk’. It will be released on August 17 E.M.M.A.

To accompany the news, Dexplicit released the EP’s lead single ‘Digital Monk’, a track that feels at once mired and soaring, grand in scope but firmly anchored to the ground.

The EP itself is cinematic, melding hardcore beats with airy synth stabs and the light touch of someone with Dexplicit’s length and breadth of production experience. Dexplicit sites his inspirations for the EP as video games and 80s films, which shine through in abundance in the EP’s playful and deeply intricate world.

Read this next: “Coronavirus will never stop the rave”: how people are finding new ways to party online

Dexplicit has been around since 2004, and has production credits with the likes of Lethal Bizzle, Big Narstie, Akala, Black The Ripper, Bashy and many more. ‘Digital Monk’ follows on from Dexplicit’s release last month of his self-released EP ‘Second Wave’, now a rather prophetic EP title.

Aside from releases, Dexplicit has been heavily involved in E.M.M.A.’s initiative Producergirls, a free production workshop for women, trans and non-binary people.

Listen to ‘Digital Monk’ below, and preorder the EP here. 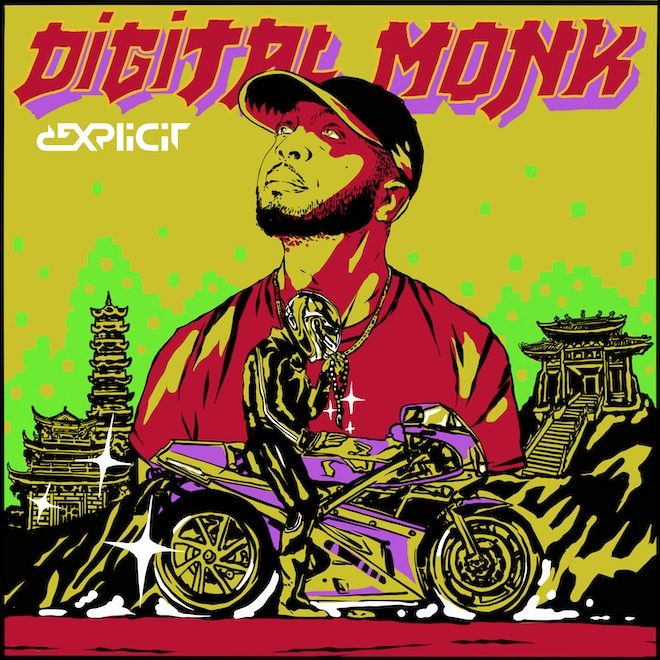