Legendary Swedish duo Dada Life returned this week to release their first single of 2021, ‘Rumble Slow’. The new track is in celebration of the duo officially opening up their record label Crash & Smile. This is a massive deal for the two men and big news for up-and-coming young talent. Prior to this release, they worked with Hardwell‘s label Revealed Records for several years and even dropped their 2017 album Our Nation through it. The two men have built up a fantastic reputation over the last 15 years, and it’s inspiring to see them take that next step!

The boys had this to say about the big news:

“We’re super excited to start a new chapter in Dada Land with the Crash & Smile label. It’s a natural step since we’ve felt something is missing in the music space. We felt there must be more people than just us that want to crash with a smile on their face! Big melodies and high energy are the essence of what makes us feel happy! We’ve been working a lot with Hardwell and Revealed, so to be able to do this label with them feels amazing! We can focus on finding great music, like our new release ‘Rumble Slow’, and being creative!” 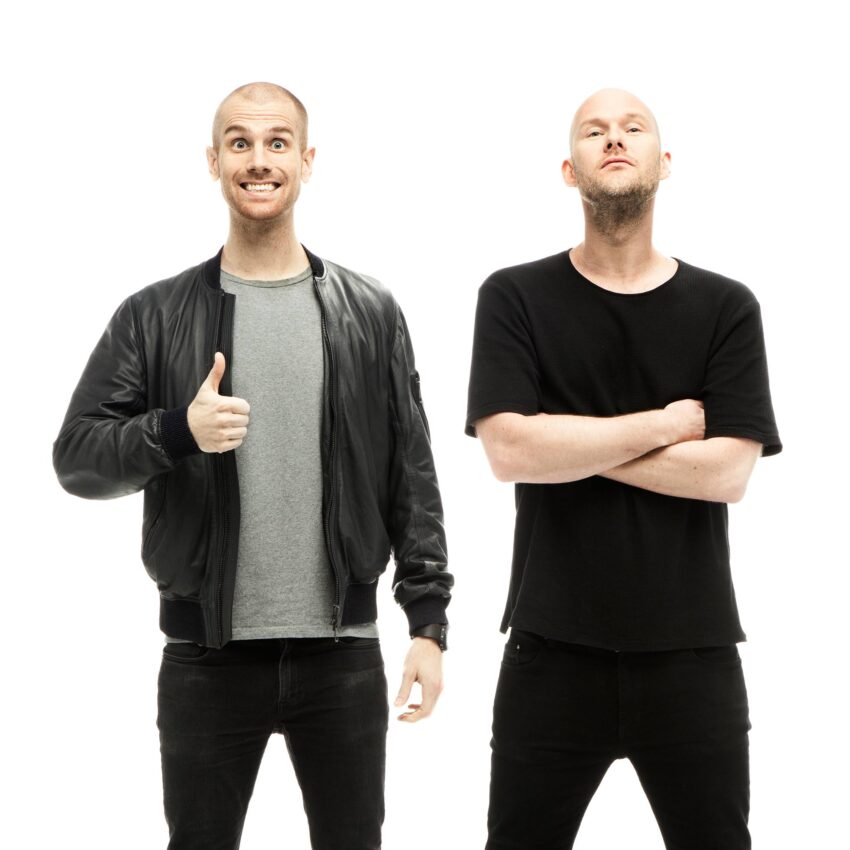 “Rumble Slow” is a funk house banger that is reminiscent of so many Dada Life tracks of the past. One thing that is guaranteed when listening to any Dada Life song is that you will certainly want to move. With heavy bass and constant horns, there is not a single lull to be found in the entire track. The vocal buildup at :49 takes you back to 2010 and the drop at the top of the minute is something you will need to hear for yourself!

Olle Cornéer and Stefan Engblom are the creative geniuses behind Dada life. They burst onto the scene in 2006, specializing in electro, progressive, and big room house. The men have become known for their unique live sets and the humor they put into them. In 2009 they released their debut album Just Do The Dada that featured three tracks that topped the charts all around Europe. Soon after, the duo began to frequent the touring scene in the US and performed at some of the countries biggest festivals like EDC and Ultra.

In 2012 they dropped their second studio album, The Rules Of Dada that reached the top 20 in the UK Dance Charts and propelled them towards their current success level. We all wish them the best of luck with this new venture and hope they have a huge year!