"CLAAAKK!"If you've ever found yourself at a hot and sunny Southern California festival, you've likely encountered "fan slappers" or "fan clackers" who, while in the throws of dancefloor bliss, raise their folding fan high above their head and whip it with a heaving force that results in a large "CRACK" on the downbeat.

It may be fun and acceptable form of partying for many, but some can't stand its sound. Depending on the size of the fan, fan slapping sometimes distracts revelers and diminishes the flow of the music that so many are trying to enjoy.

has decided to take steps to stop this by adding "fan slapping" to its list of things and items that are "heavily discouraged" at its Fall 2019 edition this September. The caption reads: "you may be asked to stop. If you don't, you may be asked to leave. Please respect your neighbors!"

For the most part, punters have expressed high praise for the decision on , but appear to be divided on the other heavily discouraged items which include furry boots, excessive kandi and rave attire. 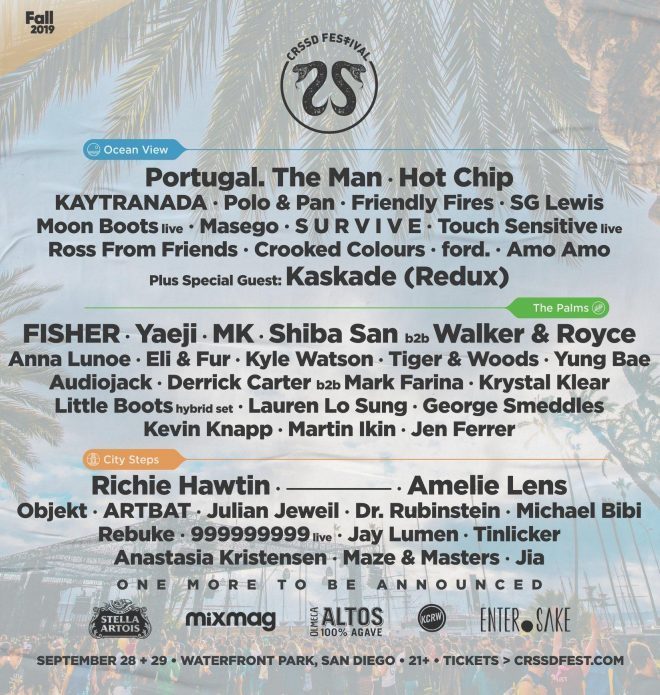 CRSSD is the San Diego festival luring nocturnal music savants into the light
5 years of CRSSD: The best of the festival's sunny legacy
The clubland communion of CRSSD in 25 photos
Get the best of Mixmag direct to your Facebook DMs