For Spring/Summer 2019, Carhartt WIP teams up with Converse for another season to create two new Chuck 70s – a contemporary iteration of the also iconic Chuck Taylor All Star.

with incorporating military motifs into its collections over the years, something that has seen numerous subcultures repurpose military and workwear garments to create their own inimitable uniforms too.

For its first Chuck 70 iteration of the season

The second, fashioned in a ‘Brown Duck’ canvas upper is offset by a square Carhartt WIP label on the tongue. Between the two styles, this release spans Carhartt WIP’s storied heritage and its contemporary, utilitarian approach to design.

Both trainers come with two sets of laces with Carhartt WIP and Converse co-branding and will be available from June 6th exclusively at Carhartt WIP retail stores and at www.carhartt-wip.com. 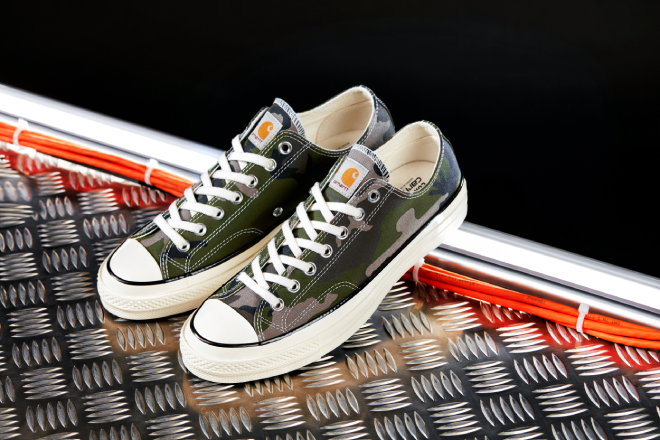 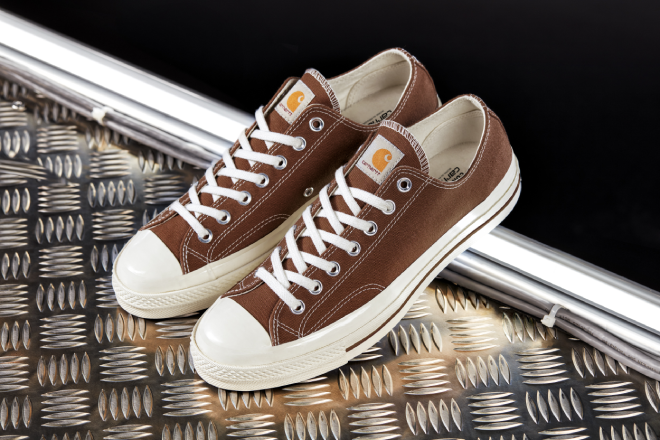