Will Toledo seized new ground for lo-fi indie rock with 2016’s ‘Teens Of Denial’. After a seemingly endless gold mine of Bandcamp albums (11 of the ‘em!) and a compilation of their best tracks, this was his band’s first true masterstroke.

Yet it didn’t seem as though the Virginia musician bought into the attention that came with that record; he took an unassuming anti-hero approach to the sold-out shows and critical acclaim, deflecting attention with tweets such as: “I’ve been called a nerd in every review for this tour which makes me psyched to continue being on stage.”

Unsurprisingly, given Car Seat Headrest’s prolific output, Toledo was already busy crafting the ideas for its proper follow-up ‘Making A Door Less Open’. It’s a record that finds the band determined not to retread old ground (as they did with 2018’s ‘Twin Fantasy (Face to Face)’, a rerecording of 2011 album ‘Twin Fantasy’).

Opener ‘Weightlifters’ boldly proclaims this intention to forge ahead. A meditative synth signals that this isn’t the scratchy, guitar-based Car Seat of old. In fact this record is a collaboration with 1 Trait Danger, an electronic side project based around Toledo’s gas mask-wearing alter-ego Trait. The result is a mish-mash of concepts, each song refreshingly different from the last. There are EDM wobbles on the atonal ‘Hymn’, while closers ‘Famous’ draws on glassy hip-hop production. Toledo was more focused on imbuing individual songs with their own sense of identity than crafting a truly cohesive album.

‘Can’t Cool Me Down’ packs an understated groove and in place of Toledo’s typical sprawling guitar lines are minimal and delicate electronic drum beats and synth lines. For all this change, though, his sharp lyricism is a mainstay: “Everyone’s an artist but no-one has the time” he declares on the brash, Beck-inspired pop of ‘Hollywood’.

‘Deadlines (Thoughtful)’ showcases rich electronica that builds before dissipating into a solitary vocal – we’re in Hot Chip dancefloor territory here. But just as you’re settling into this new Car Seat Headrest, they chuck in the perfectly executed, lovesick grunge ballad ‘What’s With You Lately’. Wrong footing you at every turn – that’s the charm of this record.

Toledo’s band have pulled into new areas with sophistication. Will this collection alienate meat-and-potatoes fans, as that knowing album title suggests? Perhaps – but it’s unlikely the band will care. Far from experiencing growing pains, Car Seat seem to have had a lot of fun here. 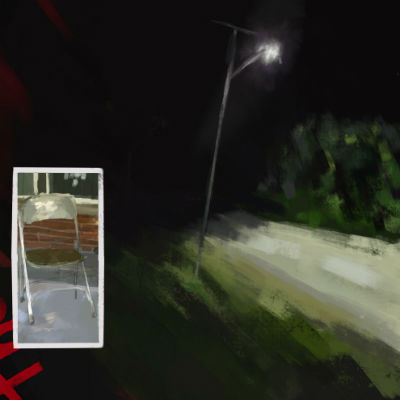