After a ferociously successful summer, NYC's premier dance music hot spot, Elsewhere, has announced the line-up for its seventh official season in autumn 2019.

Featuring more late-night sessions than ever before, the venue has put together a cornucopia of label showcases, anniversary parties and headlining performances that bound to lite a fire in your belly.

Artists tapped for this exceptional season include Detroit Swindle

The new acts come in addition to a fresh event series the venue has dubbed ELSEWORLD. Promising an immersive atmosphere for long nights in the dance, the series will see performances from Helena Hauff

, Juan Atkins and the Ladies of LCD Soundsystem and more. Find out more about ELSEWORLD here.

Frenchkiss Records will also take over the venue to celebrate 20-years of music with performances from Les Savy Fav, The Dodos, Eleanor Friedberger and more the following weekend. The German label Kompakt

plans to annex the airwaves on November 30 with a stacked showcase featuring Michael Mayer, Lily Ray and electro stalwart Rex The Dog (live). 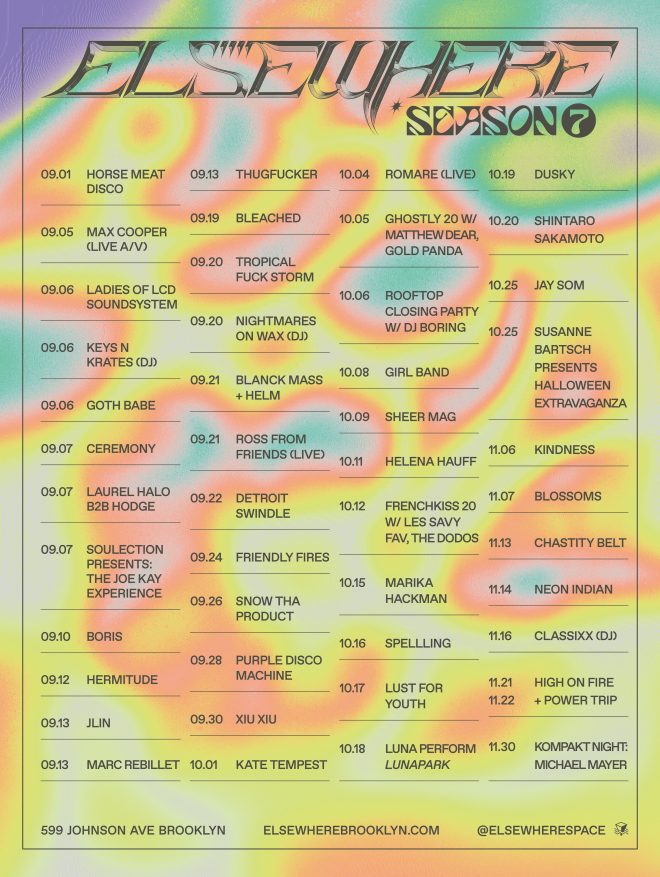