Live music is one of life’s greatest gifts without question. So many people listen to a song because it draws from them an emotion that otherwise may not be accessible. When you hear your favorite song live for the first time, it leaves you feeling like your floating. At that moment, nothing feels better, all your senses are at full peak, and you are taking in the experience wholeheartedly. Unfortunately, for the majority of this year, live music has not been apart of people’s lives, and it’s not just the fans that miss it.

Bob Moses is one of the many artists leading the charge to innovate and find new ways to get music out to their fans. On November 20th, the duo released a live concert film via YouTube titled, Falling Into Focus, which is a much-needed treat to fans. The concert takes place on top of the Topanga Microwave Tower just north of LA in Calabasas. The hour-long film was created to announce their partnership with the streaming service Twitch. The film showcases a 13 song set that draws from a number of previous albums and highlights some new releases that dropped in accordance with the film.

The drone videography gives you a view of the artists that most have not seen before. The flow of the concert is exceptional as the two men start at the top and work they’re way down the tower performing a number of tracks with their full band. In a recent interview, director Bob Owen stated:

“The film represents the future of live stream-style content, in that it was made over the course of months to be as thrilling to watch as a concert is to attend. With live music not coming back anytime soon because of the pandemic, my goal was to make something at that standard, and I think we’ve come close.” 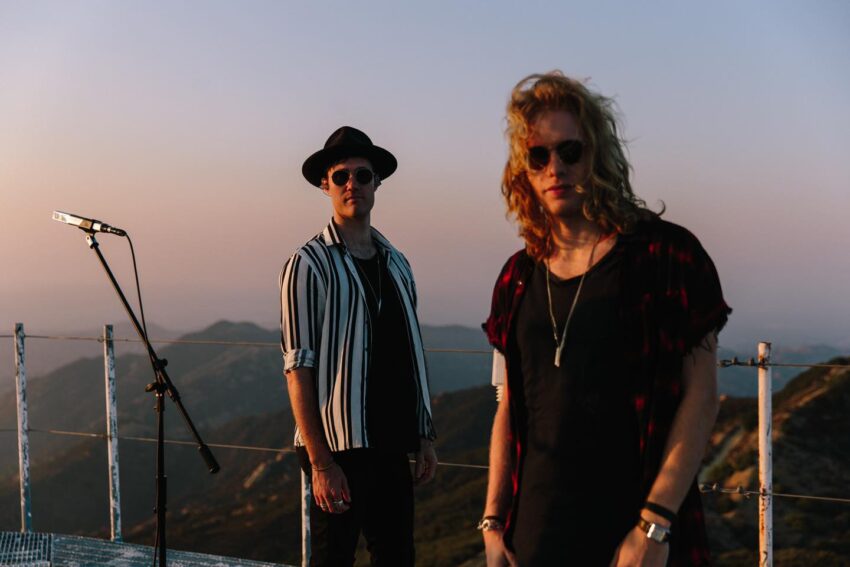 The Grammy award-winning Canadian duo of Tom Howie and Jimmy Vallance has been crushing it on the EDM scene since their debut EP “Hands to Hold” was released in 2012. They signed to Domino Records in 2014 and released two studio albums, Days Gone By and Battle Lines, that were both met with critical acclaim. Their third studio album, Desire, was released on August 28th of this year and was the main inspiration behind the live film. They are giving the people what they need, and it’s a step in the right direction towards the return of live concerts.